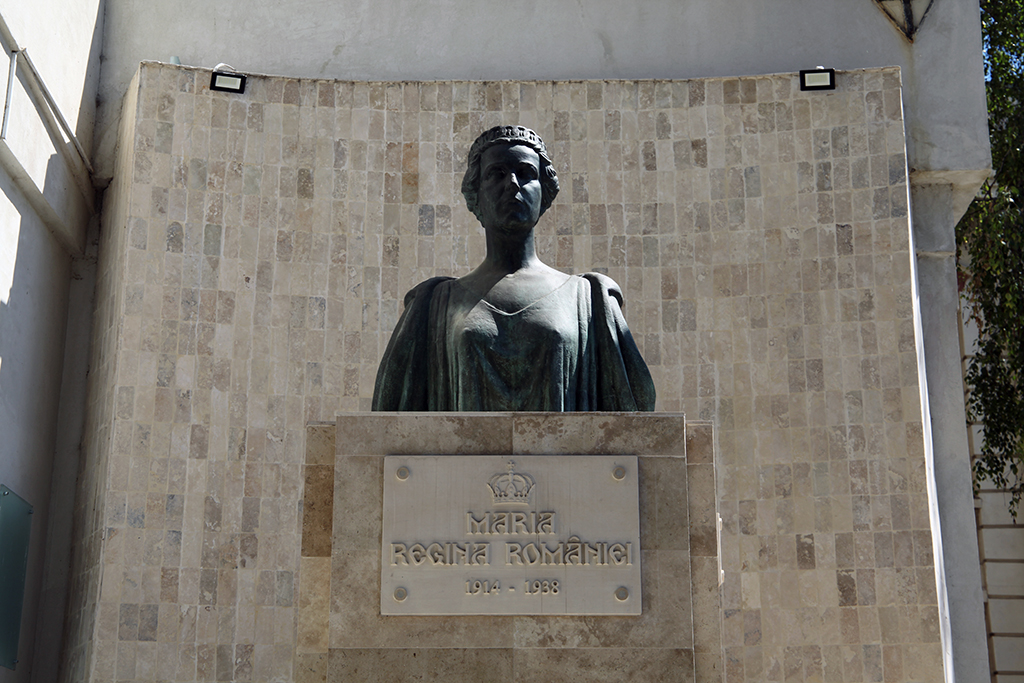 The bronze bust  of Queen Maria is a 1932 creation of sculptor Oscar Han (1891-1976), one of the most renowned Romanian sculptors. It was placed down in 1933 in the plaza of the city of Balcic, part of Caliacra county (currently in Bulgaria) which, together with Durostor country, entered Romanian administration between 1913-1916 and then again between 1918-1940. Queen Maria left her mark on Balcic, building here a royal Summer residence, which she surrounded with large gardens with luxurious vegetation, an ensemble that can be visited to this day.

The statue of Queen Maria left Balcic together with Romanian authorities following the Treaty of Craiova in 1940, when the two counties in the South of Dobrogea were given to Bulgary. It’s faith was not too happy: reaching Constanța at the height of the Second World War, it was safely stored. The end of the conflict however brought on the communist regime for Romania, incompatible with any other symbol of the royal past of the country. Far away from the public space, the bust became part of the patrimony of the Art Museum of Constanța, when it was established, in 1961, remaining in the institution’s vasements until 2020, when it was put in it’s current location.

Loving the sea, Queen Maria built a Summer residence in Mamaia, before building the one in Balcic, so the bust remains as a witness for the special connection between the queen and Constanța. Placing the work in front of the Art Museum also has a symbolic aspect, since the building currently hosting the cultural institution used to be the headquarters of the first Romanian school in Constanța, which bore the name “Principele Ferdinand Și Principesa Maria” (Principe Ferdinand and Princess Maria).

In Constanța can also be found other two important works signed by Oscar Han: The bust of the poet Mihai Eminescu (1934), on the Casino Seafront, in the area of the Genovese Lighthouse and the statue of Anghel Saligny, on Elisabeta Boulevard at the corner with Ovidiu Street, above Gate 1 of the Constanța Port.

Queen Maria has many statues in many Romanian cities, and one in her natal city, Ashford, in the United Kingdom.