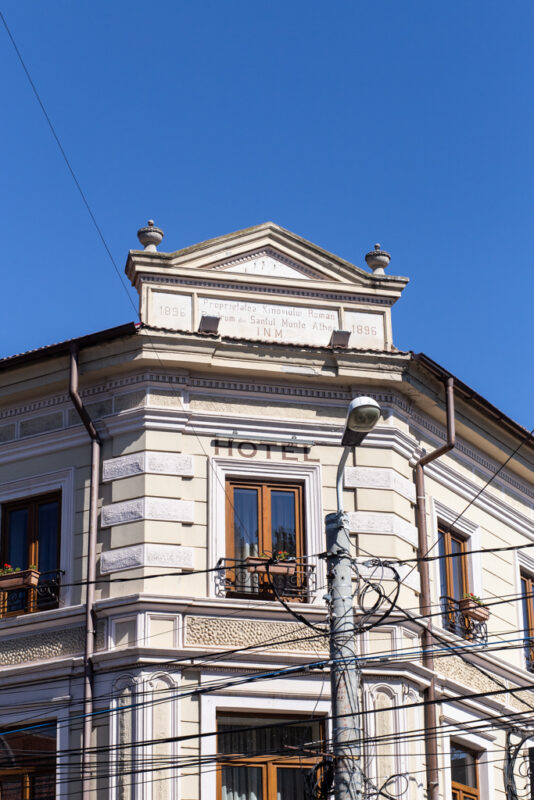 Cherica Hotel was built in 1896 and is the only still operating luxury hotel in a historic building in Constanța. The building also hosts the Honorific Consulate of the North Macedonia Republic in Constanța. It was built as a housing unit for the monks and Orthodox priests who went on a pilgrimage to Mount Athos, Constanța having a direct sea route to the Greek harbor Pireu. At the beginning of the 20th century it was bought by Anton I. Doiciu, a big rural landowner from Galați, with estates spread over all of Moldova. He was married to Maria Pulcheria Prăjescu, also daughter of important landowners, from Neamț county. The two had only one daughter, Pulcheria, nicknamed  Cherica. She will inherit the hotel after her father’s death, in 1918. In 1931, Pulcheria Cherica Doicu married prince Dimitrie Grigore Sturdza, descendent of the ruler of Moldova, Mihail Sturdza, and Cherica Hotel became the property of the Sturdza family.

In 1950 it was nationalized and during the communist period it was used for diverse administrative offices. Degraded and ruined, it became property of the family of prince Sturdza once again in 2003 and it was restored. The building is made in the Neoclassical style, with geometric elements. Above the main gable of the building is embedded the stepping stone, together with the year of construction. Cherica Hotel is one of the oldest still operating hotel buildings in Romania. 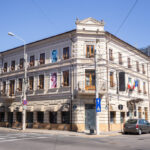 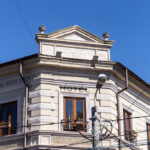