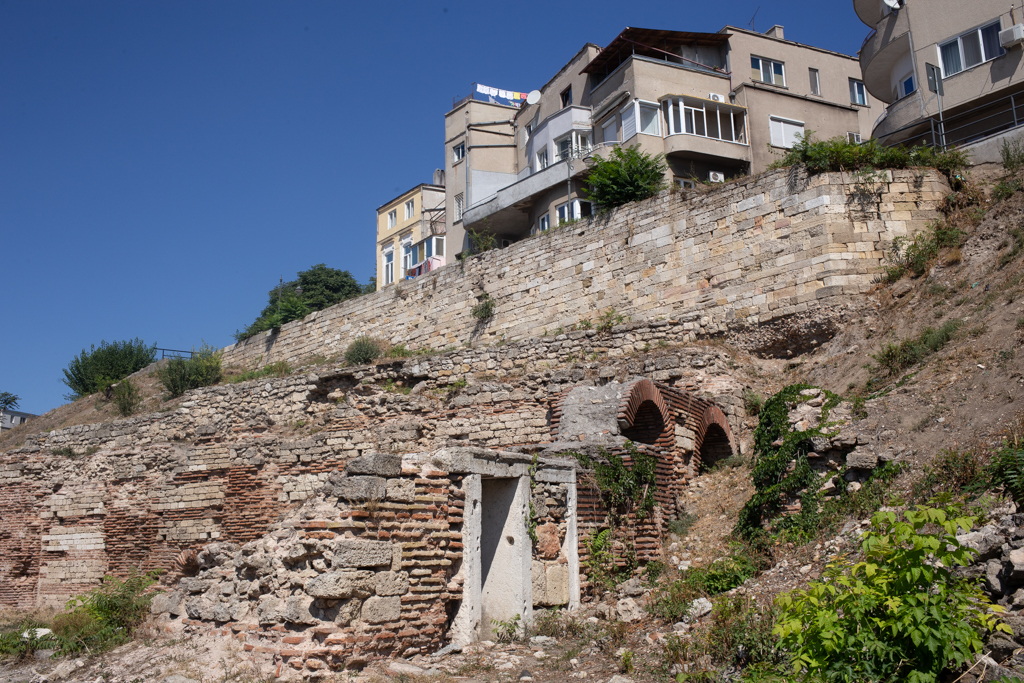 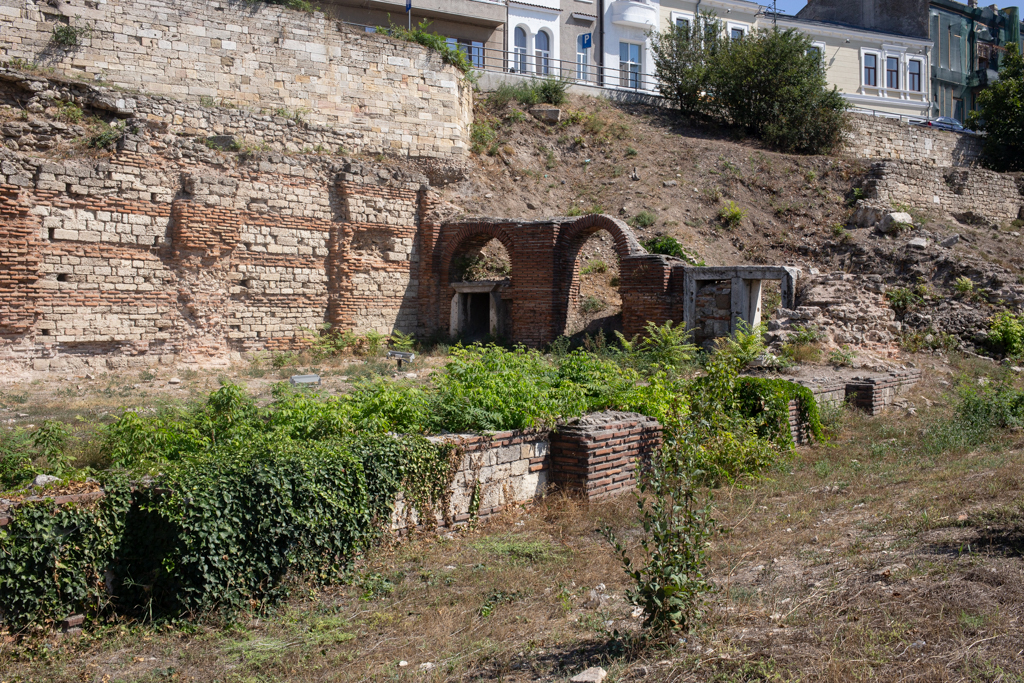 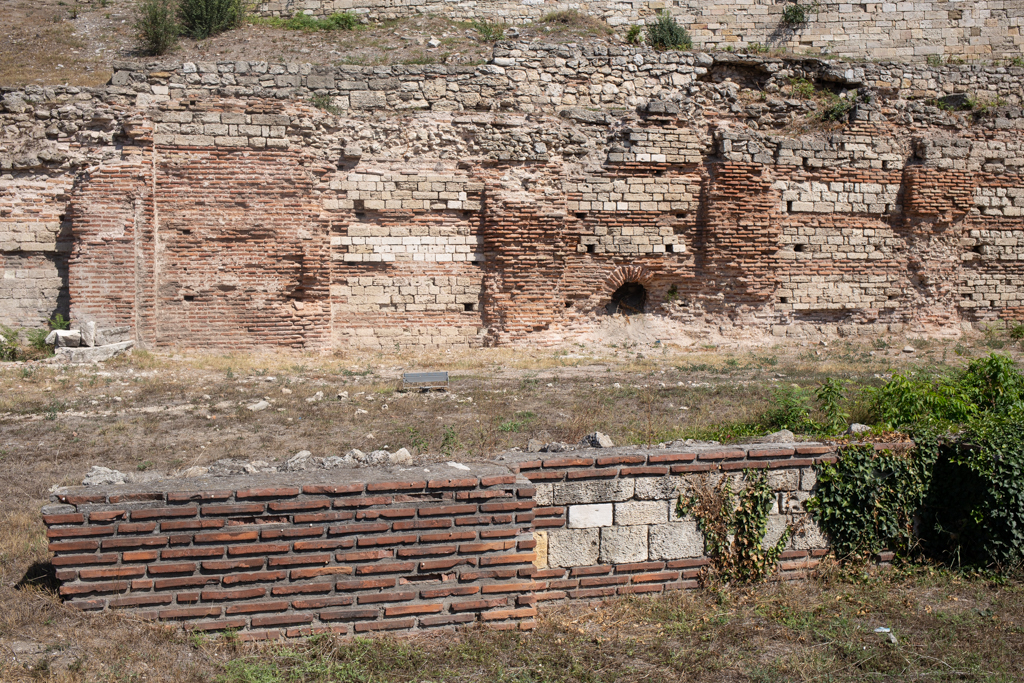 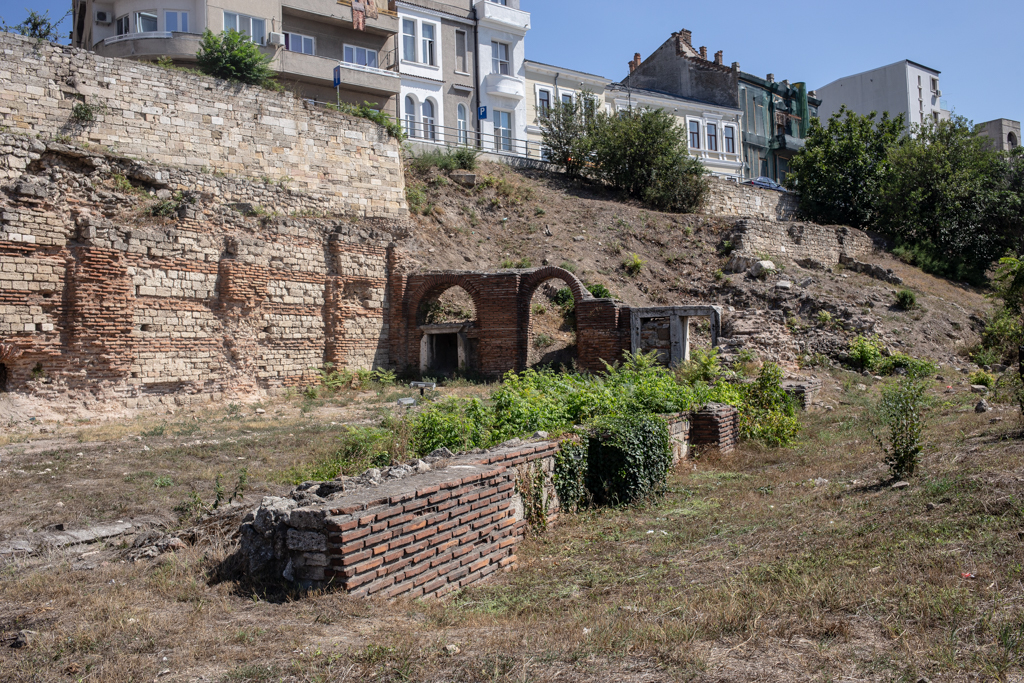 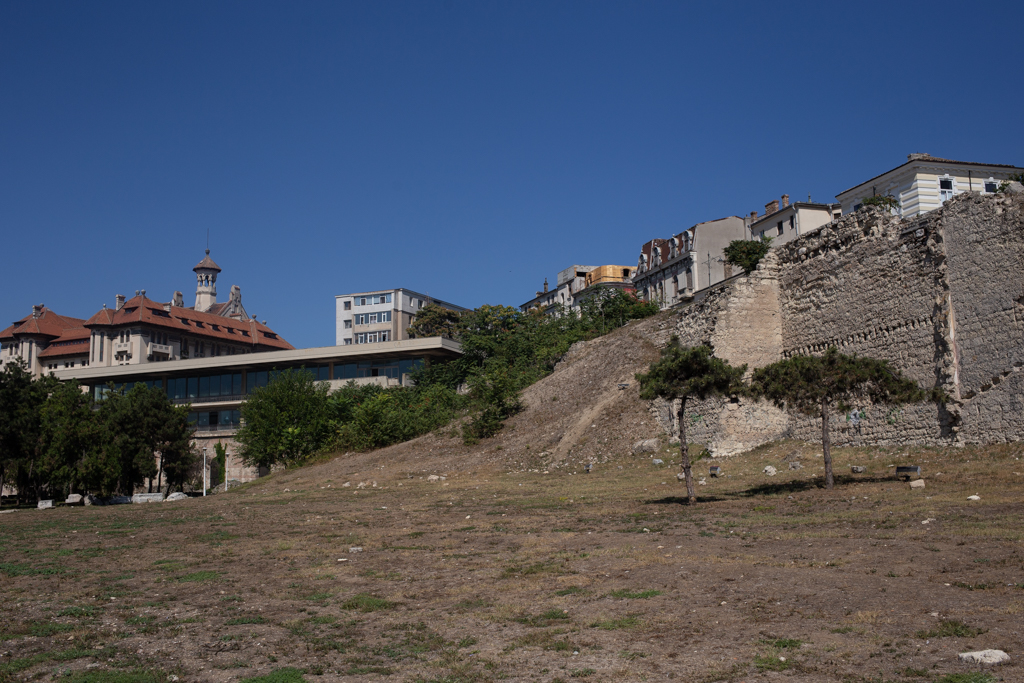 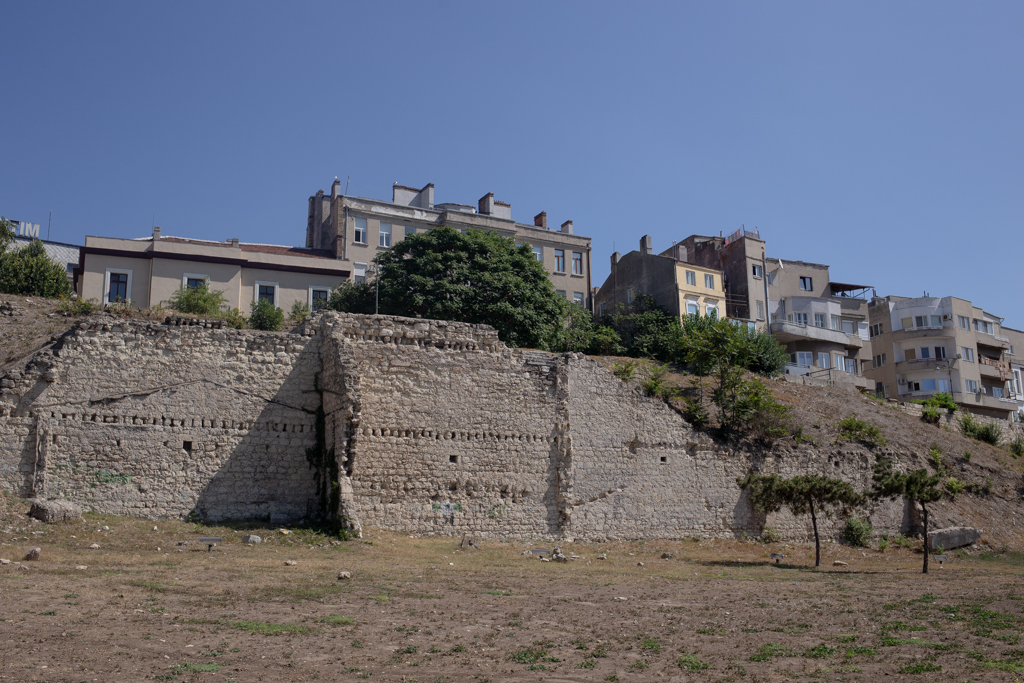 The edifice was build, probably, in the Third century A.D, around the same time as the neighbouring Roman Edifice with Mosaic, and they were in use until around the Sixth Century A.D, being a point of attraction of the city life It isn’t out of the question for the baths to have been a preparation or even a replacement for the city forum, being a place for meeting and debate, but also a sign of the height of roman civilization.

It was a big thermal complex, as it’s close location to the harbor showed (baths were built close to permanent water sources), as well as the heating system for the rooms, using the warm air that was circulating beneath the pavement and through the double walls of the building. This hypocaust type system ensured a uniform heat distribution, and at the base of the building were discovered numerous orifices that ensured air circulation.

The baths formed a grand, imposing edifice built with multiple rooms. Out of this big complex, archaeologists researched a rectangular room of about 300 square meters, paved with stone slabs, with three entrances and which was linked to the lentarion and the vestibule. The name of lentarion was preserved in an inscription on the upper side of a stone surround.The term designates the purpose of the room, that of being a place where the towels and the sheets used in the baths were held.

The existence of such a room is the main clue that the thermal complex was one of large dimensions, capable of receiving a large number of people.The side wall, which was about 5 to 7 meters tall, was built out of horizontal layers of bricks, alternating with chalk bricks. Archaeologists consider that the baths had impressive water basins, plastered even, used as water tanks.A big part of the artifacts were lost because of modern municipal works, and others are still buried under the buildings on the southern cliff of the peninsula. 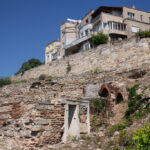 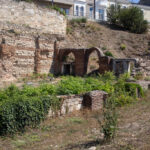 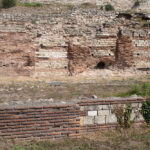 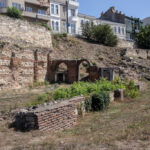 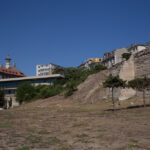 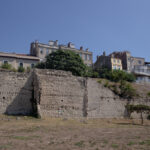