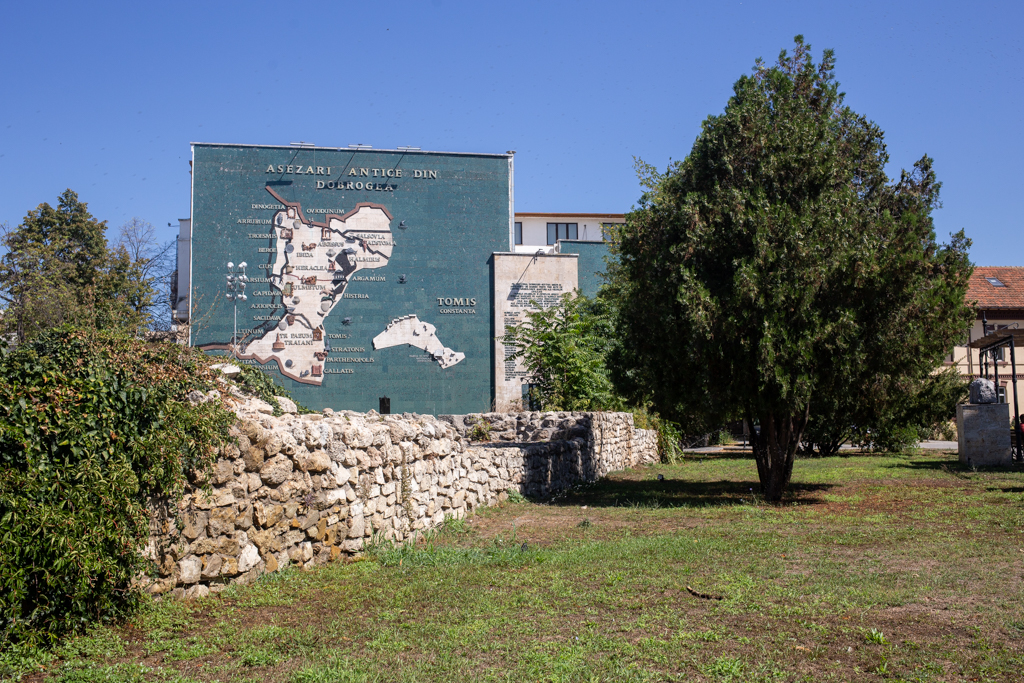 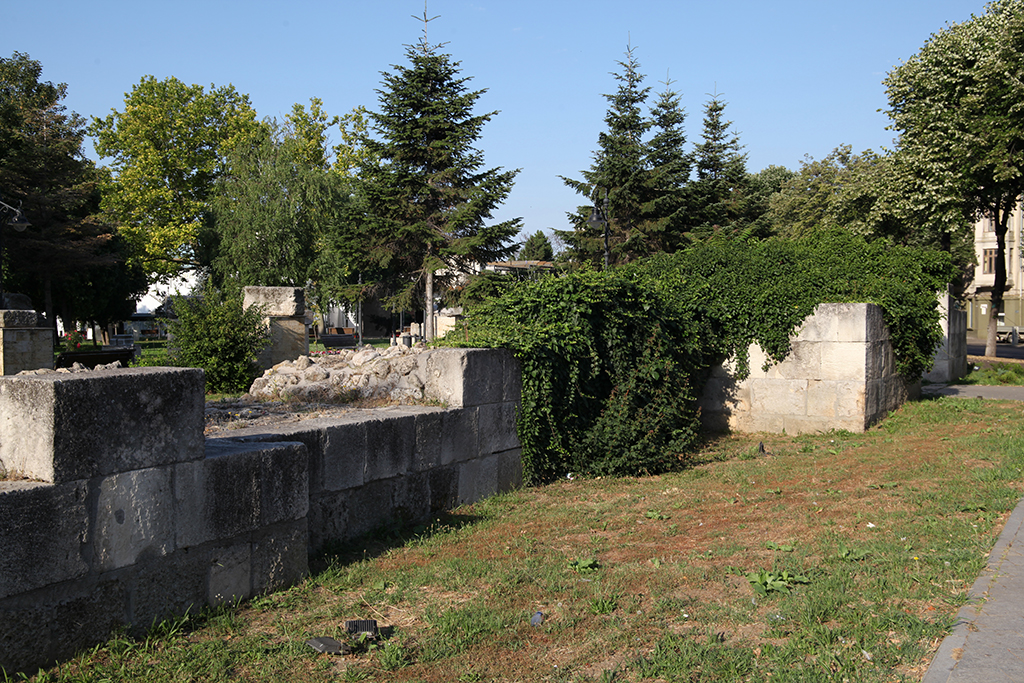 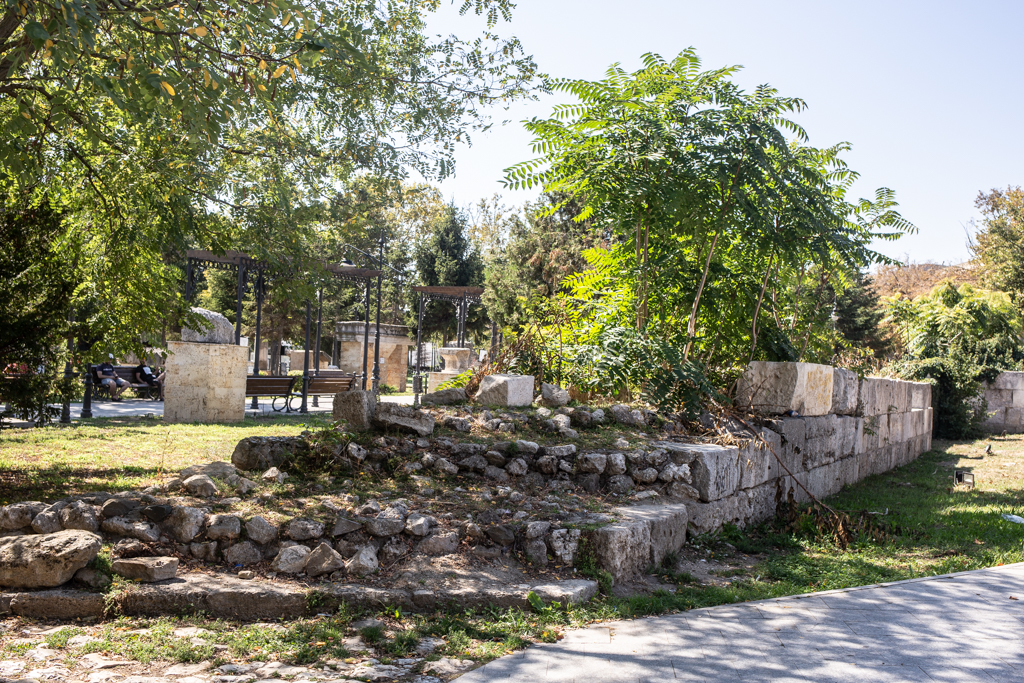 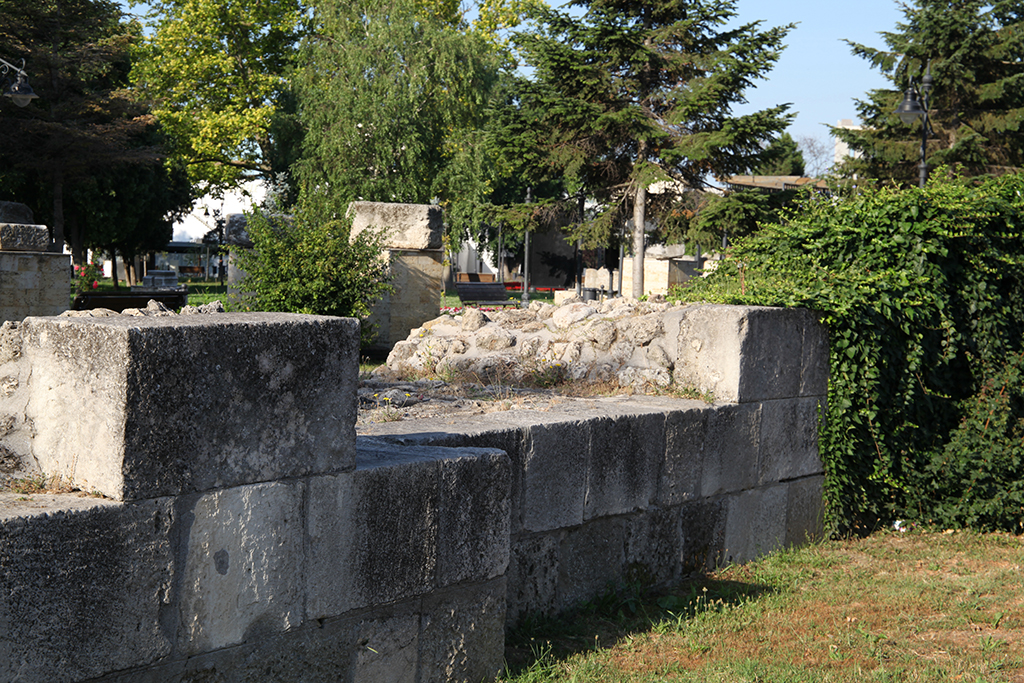 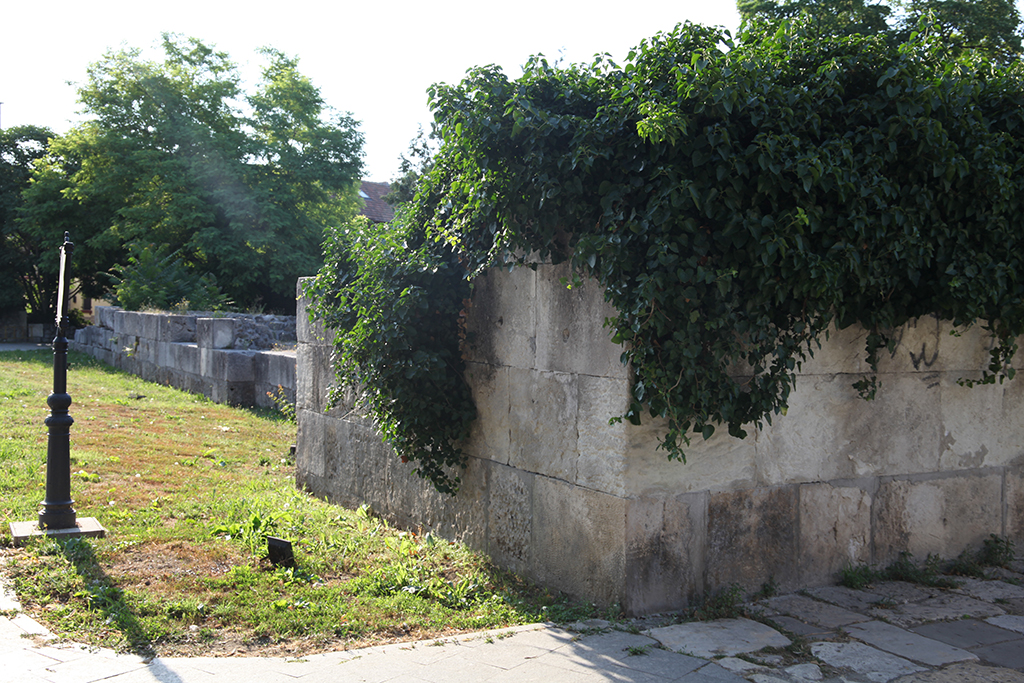 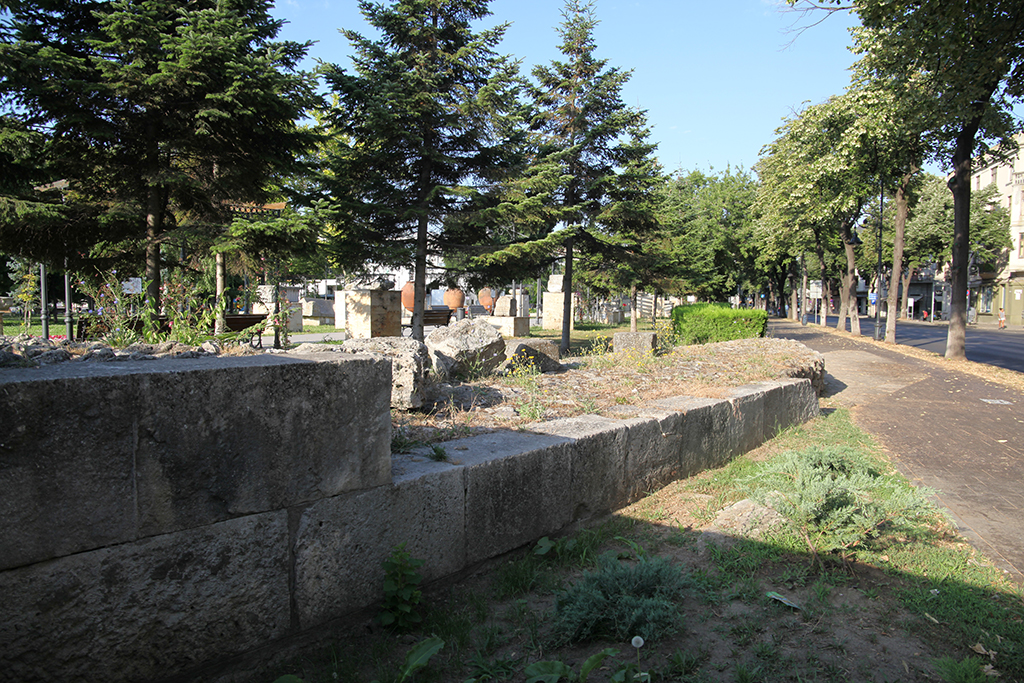 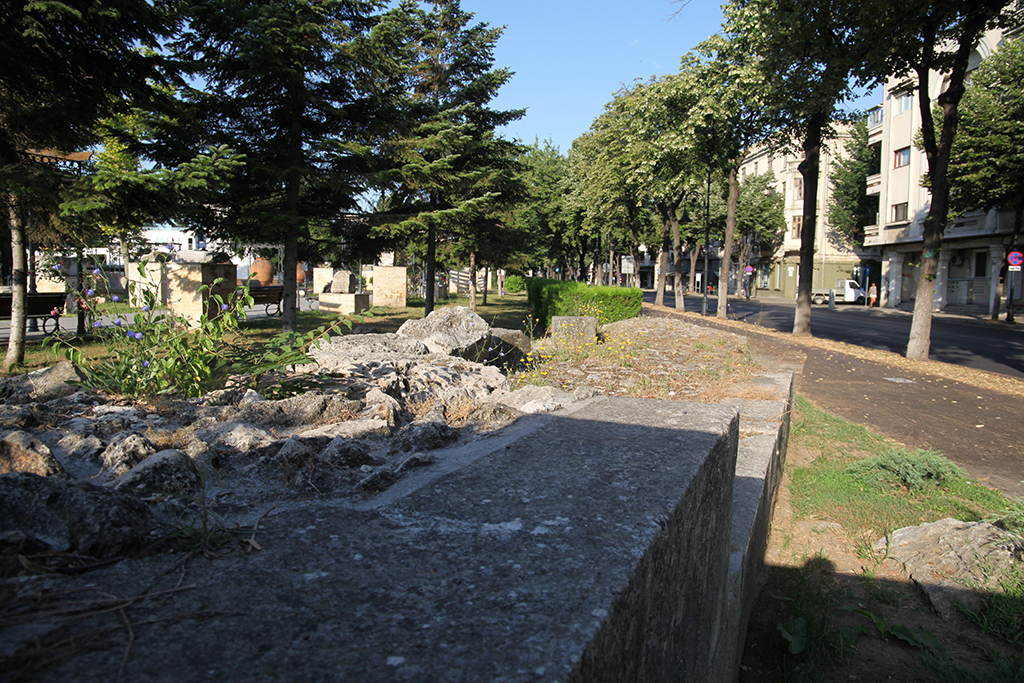 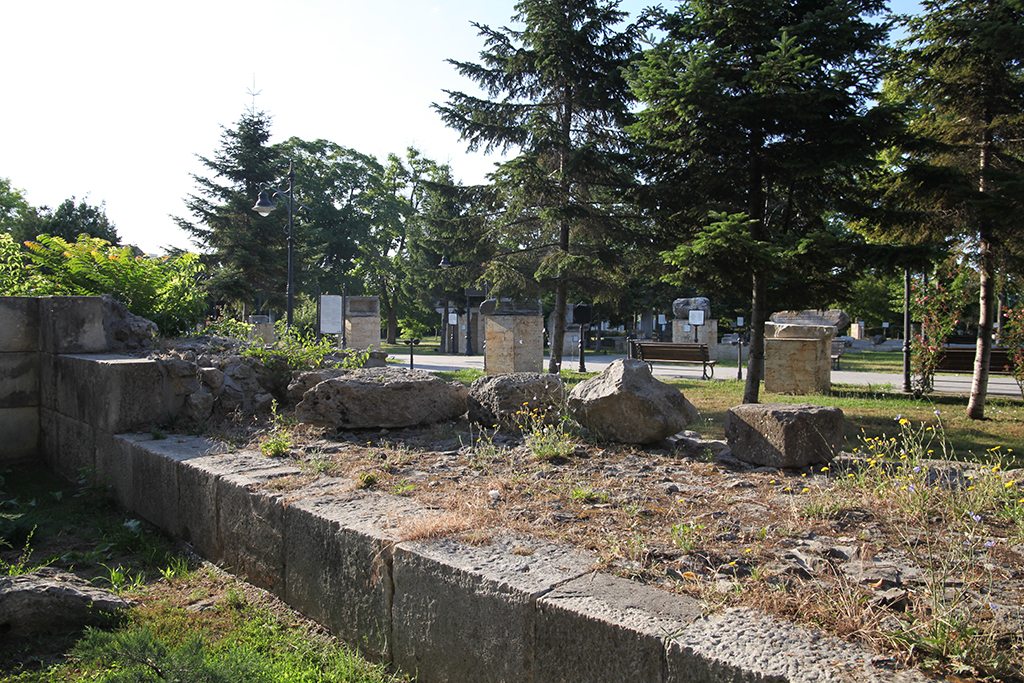 The construction of the wall began, most likely, at the end of the 3th century, during the reign of emperor Dioclețian, and it continued under the rule of Constantin the Great. About 3 meters thick in some parts, the wall is made out of stone and mortar, with large stone blocks on the outside. Vasile Pârvan was the one to offer the first information regarding the site wall of Tomis when, even before the First World War, he carried out archaeological excavations on a small segment of it, at the crossing of Ferdinand Boulevard with Răscoala 1907 Street. During these excavation, a “Tower of butchers” was discovered, going by the greek inscription still visible  today that shows the tower was rehabilitated with their with financial contribution.

The archaeological research works of 1958-1959 and 1960-1962 have led to the discovery of a new gate in the South-West. From this point onward the wall’s trajectory follows the S-W line, towards the current Navy Museum, but the area can’t be researched because of the modern residential buildings. The big gate of Tomis  Fortress was built during a a long archaeological campaign which took place from 1987 to 1998..The perimeter between the streets Mihail Kogălniceanu, Dragoș-Vodă and Mircea the Old contains archaeological artifacts belonging to the most importance entrance point of Tomis in the roman-byzantine period. 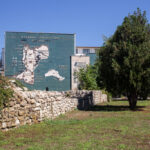 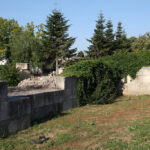 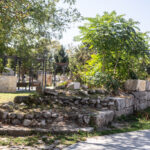 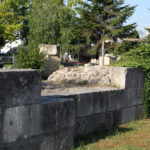 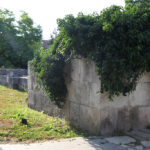 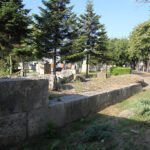 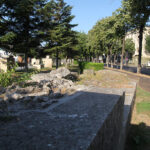 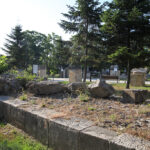