Heritage Constanța is a project of the Info Sud-Est Association through which we aim to keep the condition of the city’s and county’s patrimony alive, to protect it and to promote it for tourists from all over. 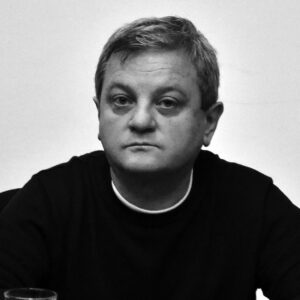 Florin Anghel graduated from the Constantin Brătescu National Pedagogical College of Constanța (1986) and then from the History Faculty of București University (1992), after which he worked as a researcher for the N. Iorga History Institute of București, of the Romanian Academy (1992-2000). Since 2000 he has been a lecturer at the History and Political Sciences Faculty of Ovidius University of Constanța.

In 2005, he won the Romanian Academy’s History Award and published volumes and scientific articles in Romania, Poland, Lithuania, Latvia, the USA, Bulgary, Germany, Turkey and the Republic of Moldova.

Since 2021 he is the representative of Ovidius University of Constanța in the Technical Commission of Urbanism and Territorial Improvement of the City Hall of Constanța.

Journalist since 2007, Andreea Pavel founded together with Cristian Andrei Leone, the media outlet Info Sud-Est, with an emphasis on investigations and the condition of cultural patrimony. She won a number of important awards for the Romanian press and, as a result of her investigations, a number of criminal cases were opened, including at the European level. 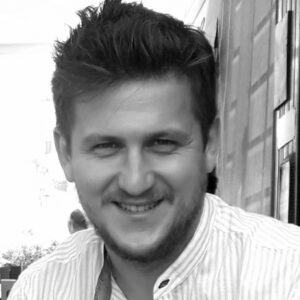 Cristian Andrei Leonte graduated from the History and Political Sciences Faculty, specializing in International Affairs and European Studies at the Ovidius University of Constanța. In 2012 he became the co-founder of the local media outlet Info Sud-Est, he published numerous investigations and reports, about the spending of public money, as well as the cultural patrimony. In 2022 he co-founded the Context Association of Investigative Journalists and currently he is a reporter for Info Sud-Est and an editor for G4Media. 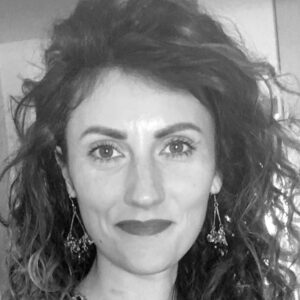 Georgiana Țăranu is an assistant lecturer at the History and Political Sciences faculty of the Ovidius University of Constanța. In 2015, she received her doctorate in history from the Nicolae Iorga History Institute of the Romanian Academy in București for her thesis about Nicolae Iorga and the propaganda of fascist Italy in Romania. Her main themes of interest and research include the interwar history of Romania, Italian fascism, propaganda through culture, intellectuals and totalitarianism. She carried out research work for the state archives and the Ministry of Foreign Affairs in Rome, in the Vatican, as well as the ones in București (ANR, MAE, CNSAS, BAR).

Ioana Cîrlig studied Film Imagery and for 5 years worked as a press photographer in București (Ziua Newspaper and NewsIn Agency). Starting from 2010 she is a self employed photographer and works on independent, long term projects of documentary photography. Since 2018 she has entered a collaboration with Scena9 Magazine as a photo editor.

Studying International Affairs and European Studies at the History and Political Sciences Faculty of Ovidius University, Constanța, Gabriel Mateescu started collaborating with the Info Sud-Est publication in May of 2022.