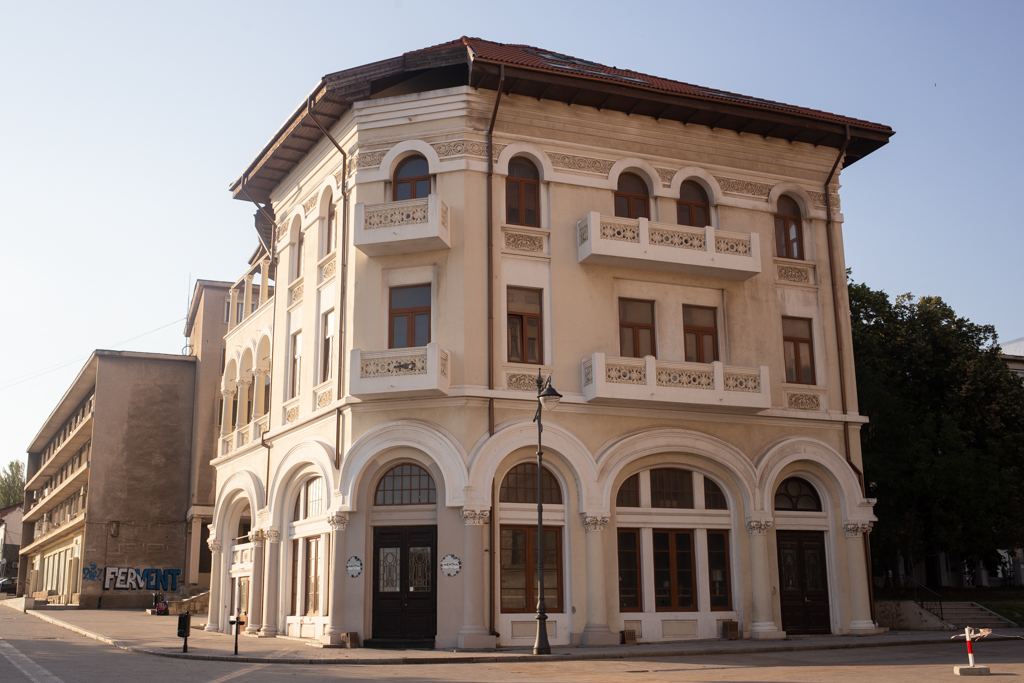 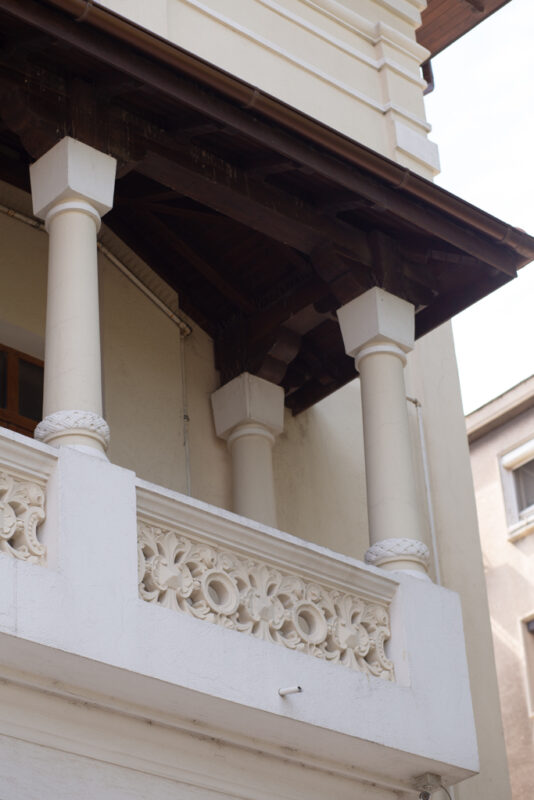 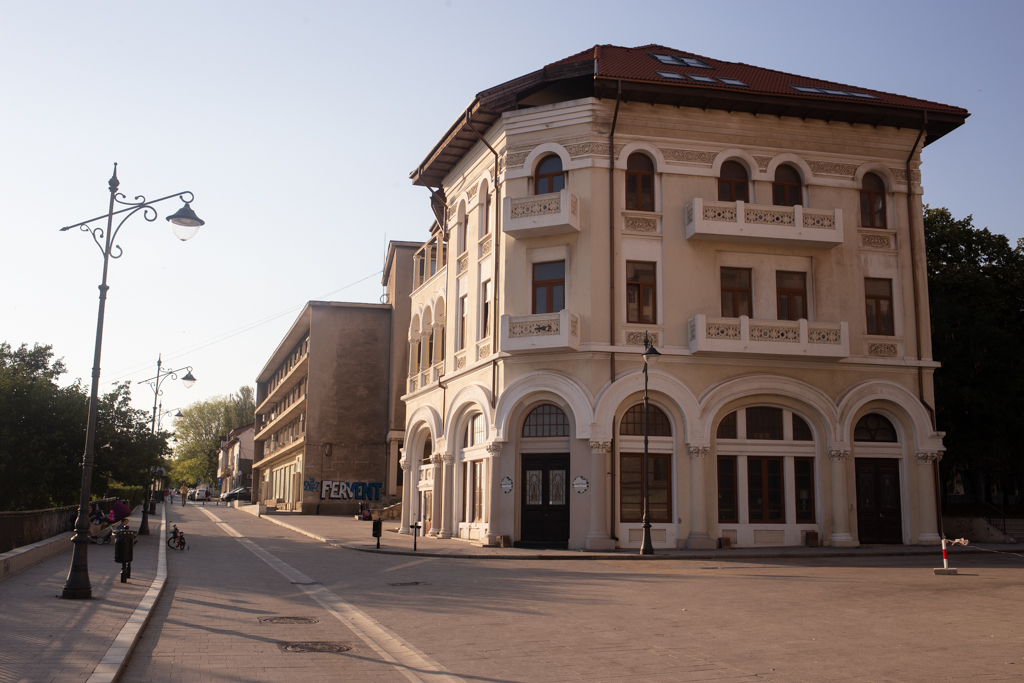 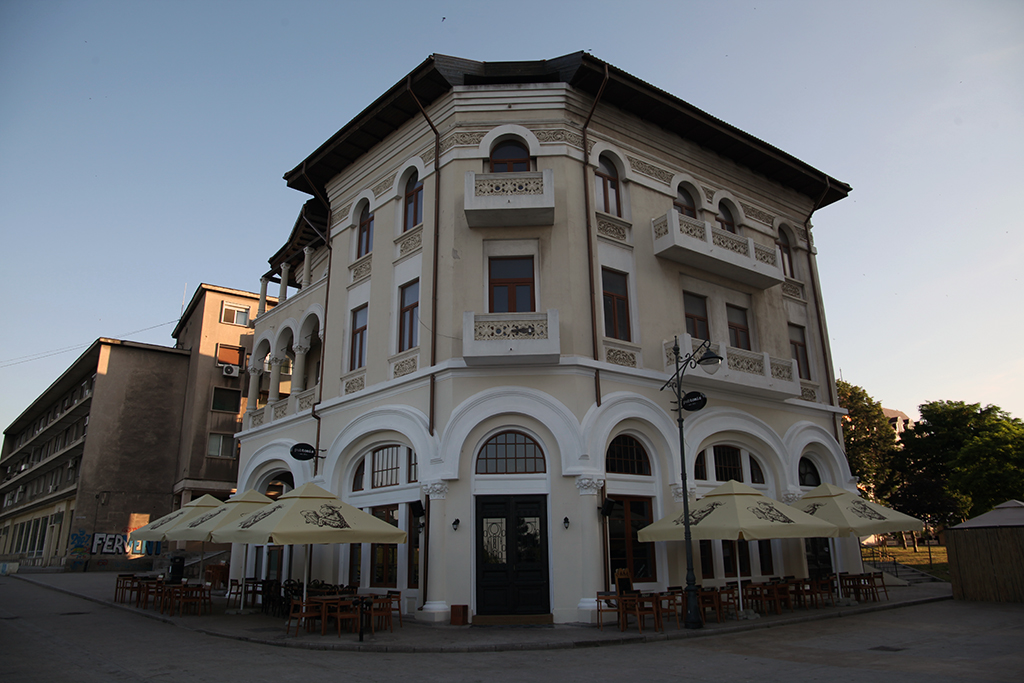 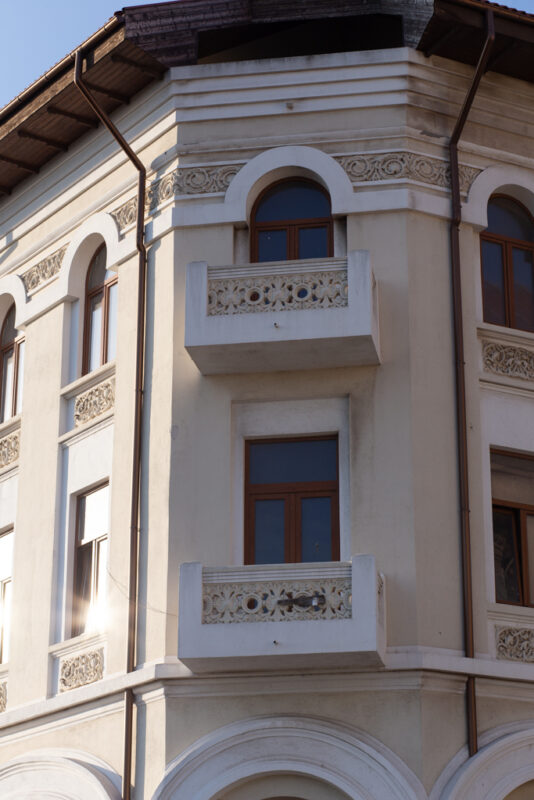 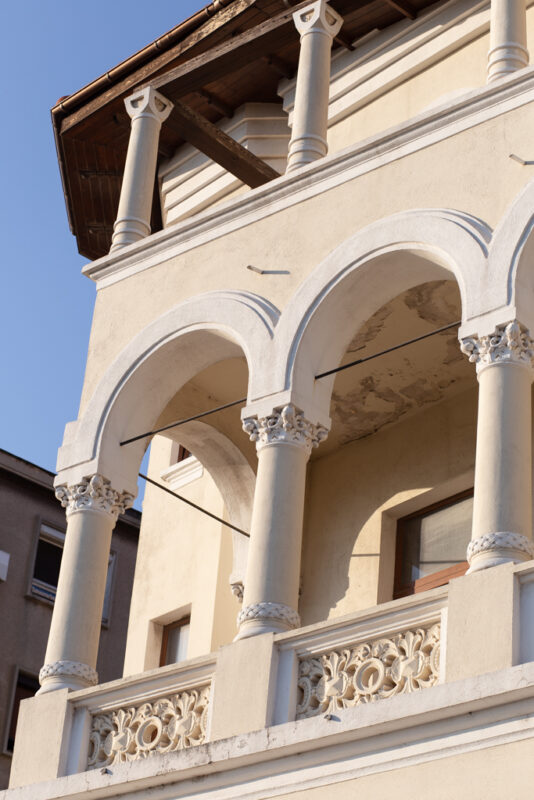 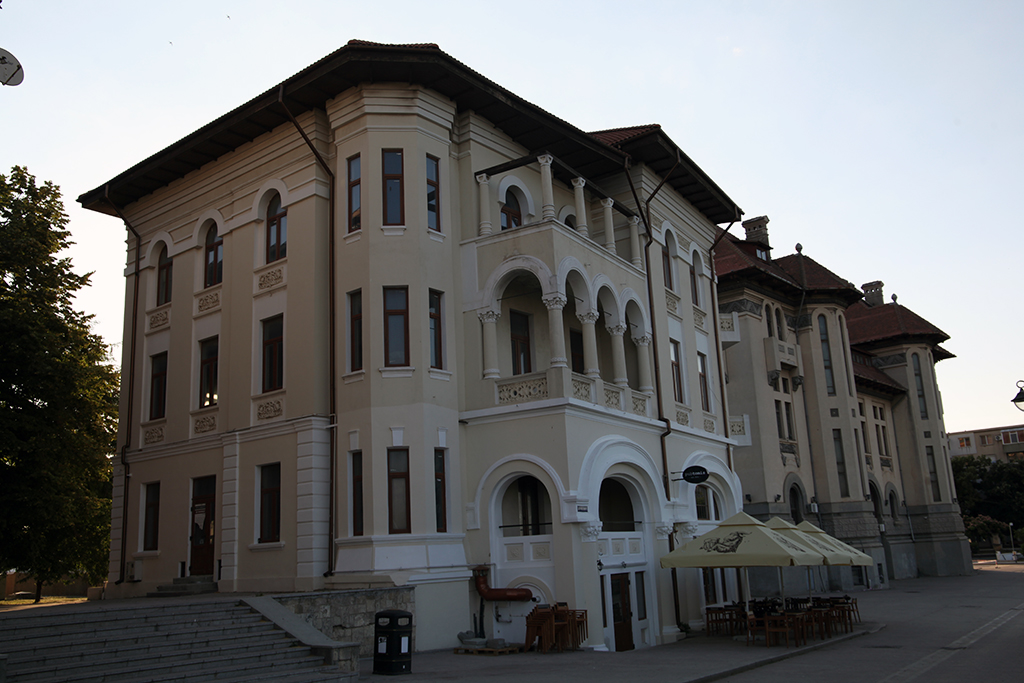 The building’s history begins in 1894, with the authorization of the construction project for the house of Alice Wegener, the first person to build something on the land that could be found at the end of the 19th century on Pescarilor Street, no. 11.

After the death of Alice Wegener, the house and the land go through a tumultuous journey of transactions, ending up, eventually, in the property of Armenag and Haigouhy Damadian, who finish, with the inclusion of the old Wegener house, the impetuous building on Ovidiu Square no. 13.

The Neoromanian traits of the old building speculate that it was the hand of master Victor Ștefănescu who sketched the plans of the new immobile, built several years after the Communal Palace, the actual headquarters of the National History and Archaeology Musem of Constanța, located only a turn of the head’s away from the Damadian house.

Built in it’s actual state in the third decade of the last century, the building quickly became a landmark of the city center, the Damadian family being one of the wealthiest of Constanța, with an important financial potential and large properties.

In 2005, the Norwegian family Kallesten bought the immobile, which became nearly ruined in the meantime, and began the restoration and rehabilitation process, together with architect Dorin Bucur.

Although the immobile is not part of the cultural patrimony of Romania, it’s consolidation and restoration were done with the attention owed to the rebuilding of a historic monument.

New foundations were made, under the old ones, the roof was changed, all the windows were changed and the facades were redone. On the upper floor there are decorative elements in the Neoromanian style. The distinctive balconies, which open up in four directions, were also carefully renovated.

The basement was well consolidated, and here is a tunnel entrance that, during the last world war, was used for a quick and safe move towards the port’s quays. The ceiling is reinforced, the resistant structure having pieces taken out of the old railway in it’s arsenal, the one built by the British, in 1860-1864, which used to go right by the front of the house, on the old Pescarilor street.

At this moment, a restaurant operates on the ground floor of Damadian house. 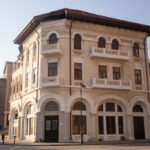 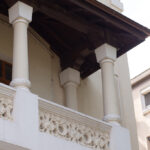 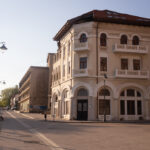 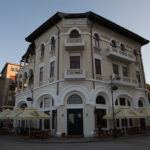 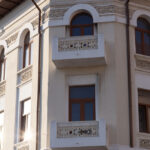 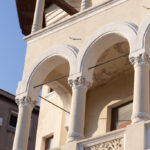 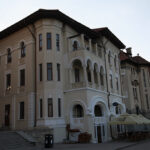