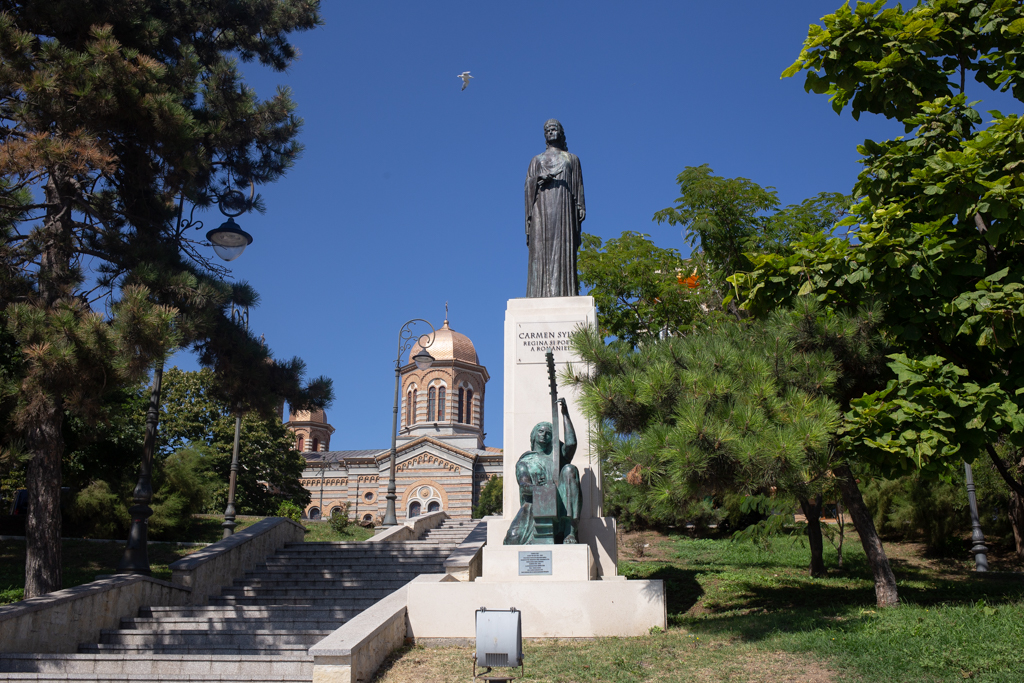 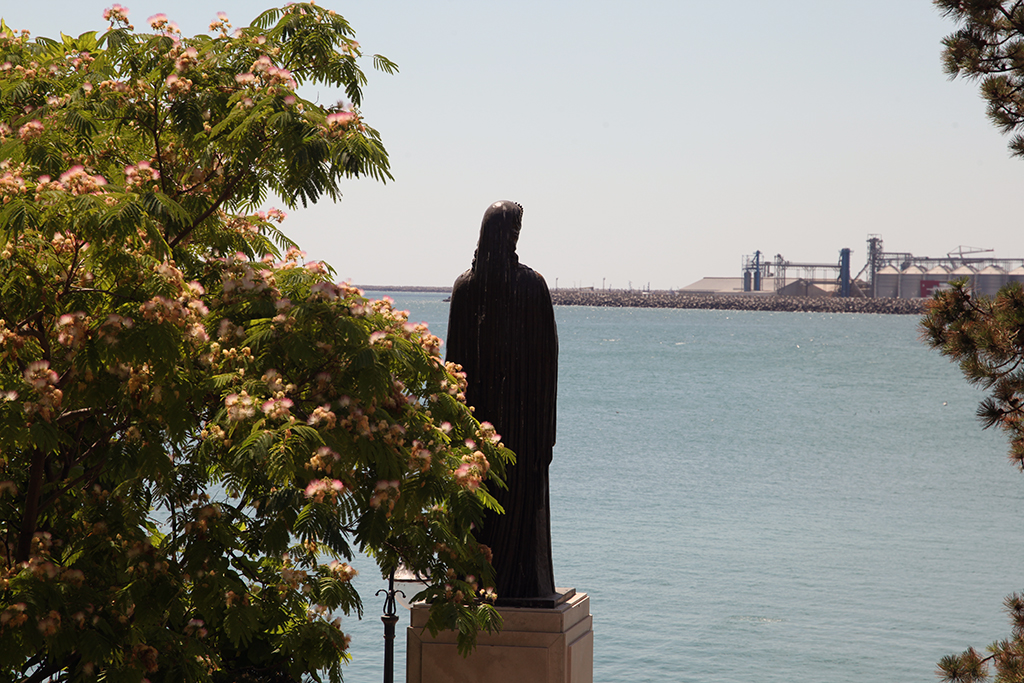 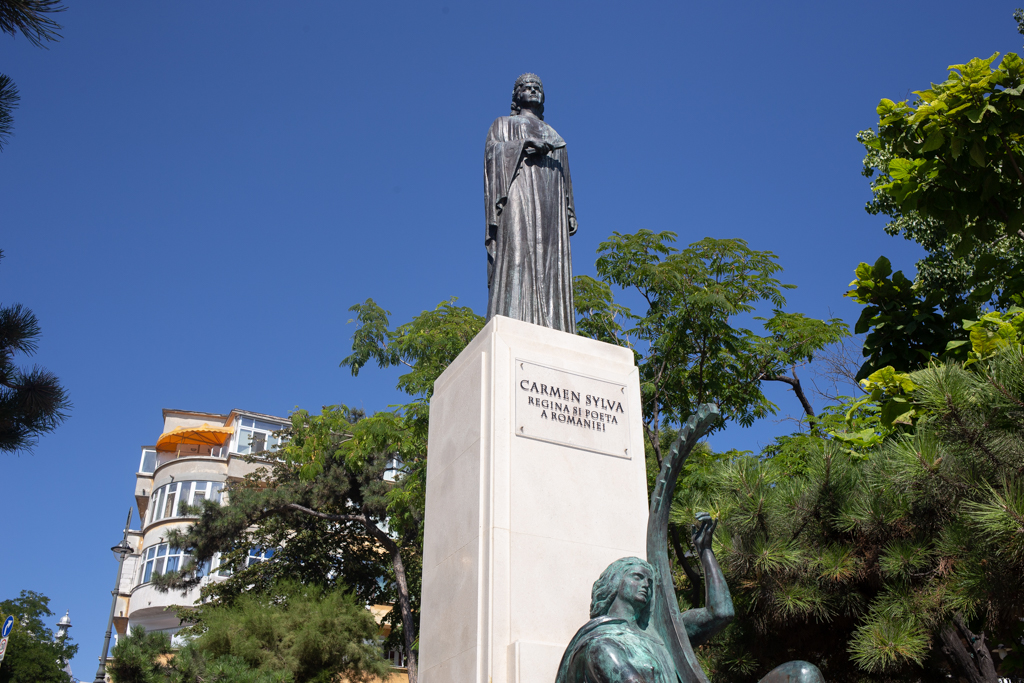 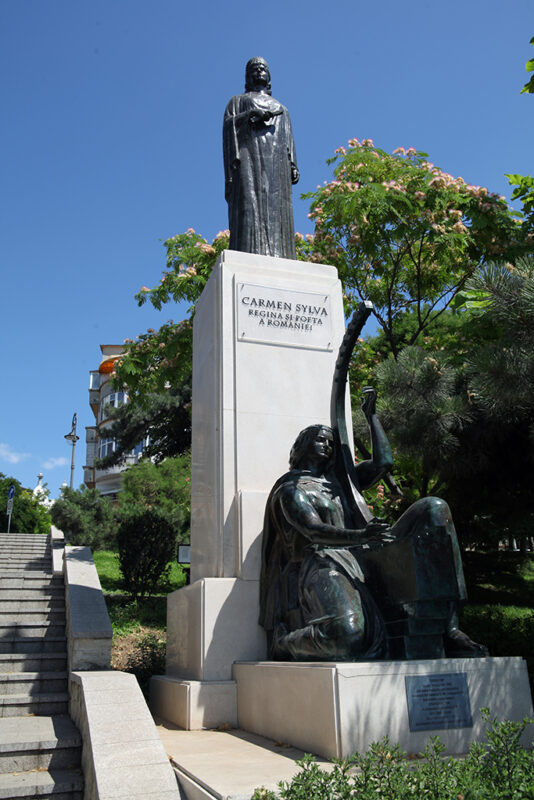 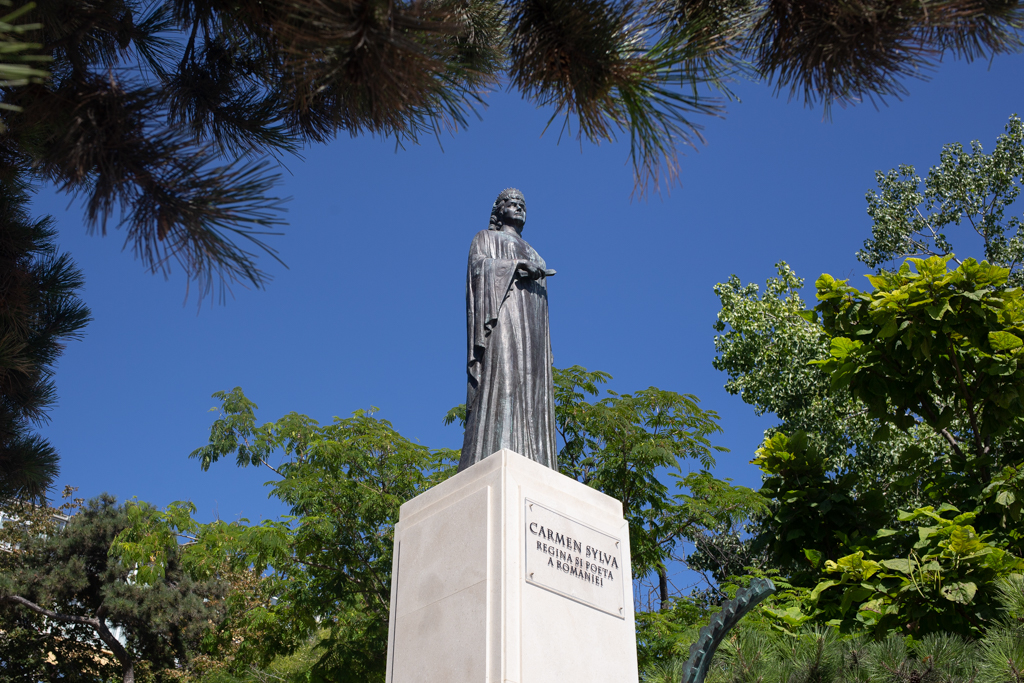 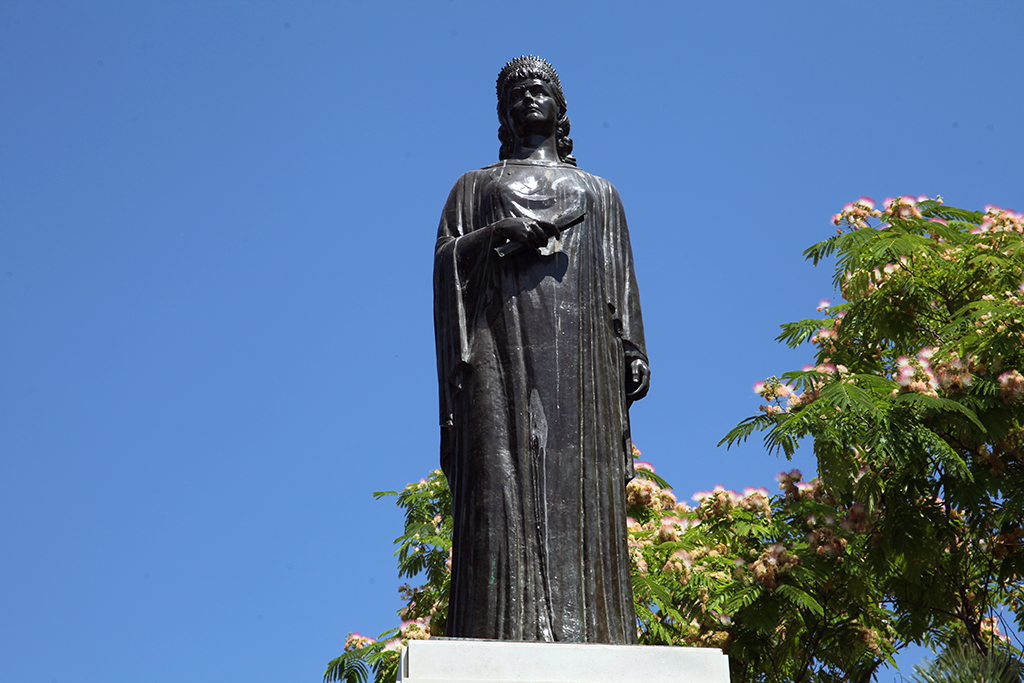 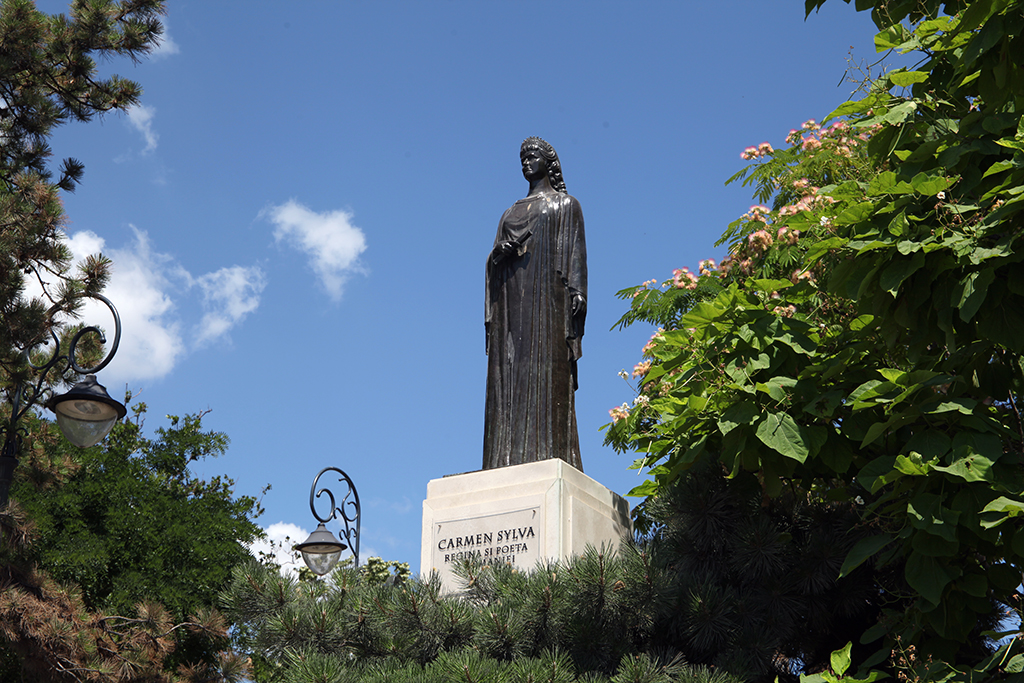 On the Casino Seafront, Regina Elisabeta boulevard, a 2 minute walk away from the Casino and 10 minutes away from the old town of Constanța, is the location of the statue of Queen Elisabeta (1843-1916), also known as a poet under her literary pseudonym Carmen Sylva. Elisabeta was the wife of King Carol I (1839-1914), during whose reign Dobrogea became part of Romania. The reign of the couple Carol and Elisabeta has strong ties with the development of the new South-Eastern province of the country, generally, and with that of the port and the city of Constanța especially. Bearing witness for their interest for the city is the royal palace of Constanța, which presently hosts the Constanța Tribunal, on Traian Street no. 33, residence built in 1903.

The queen had a special connection to the sea, looking for tranquility and inspiration for poetry and music outside of the protocolary Royal Palace, in a small and modest Pavilion, placed right in the port, in the wind, also known as the Queen’s Nest. In this Pavilion, which can be visited today as a Museum of the Port, Queen Elisabeta hosted at the beginning of the century countless cultural and even political events, the most important being the visit of Tsar Nicolae II of Russia and the imperial family to Constanța, in 1914.

The statue of Queen Elisabeta was inaugurated very pompously in 1937, in the presence of King Carol II (1893-1953), witnessing after that the same history as the city hosting it. Damaged by Soviet bullets during the Second World War, the statue was knocked off it’s socle in 1948, at the moment when the communists took power completely, when all the signs of the royal house were quickly removed from the public space. For many decades the statute remained stored in museum basements, being reconditioned in 2014 and put back in place. At the feet of the queen-poet can be found her muse, the Woman with Harp, a replica made by the artist Horia Farcașiu. The original piece which completed the statuary is currently a part of the patrimony of the Medgidia municipality. 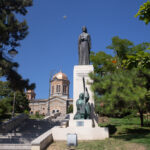 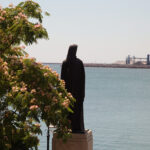 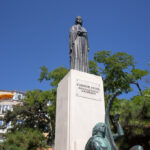 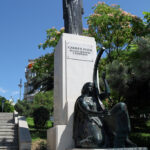 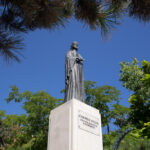 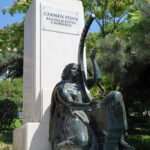 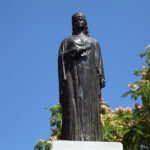 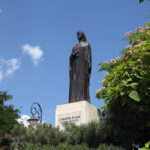