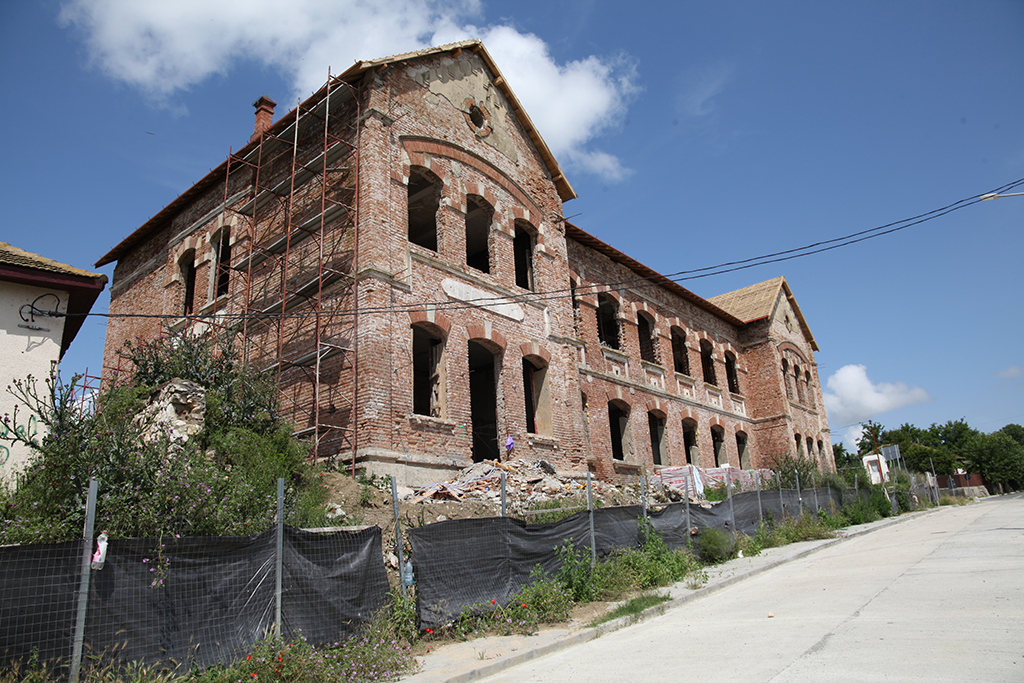 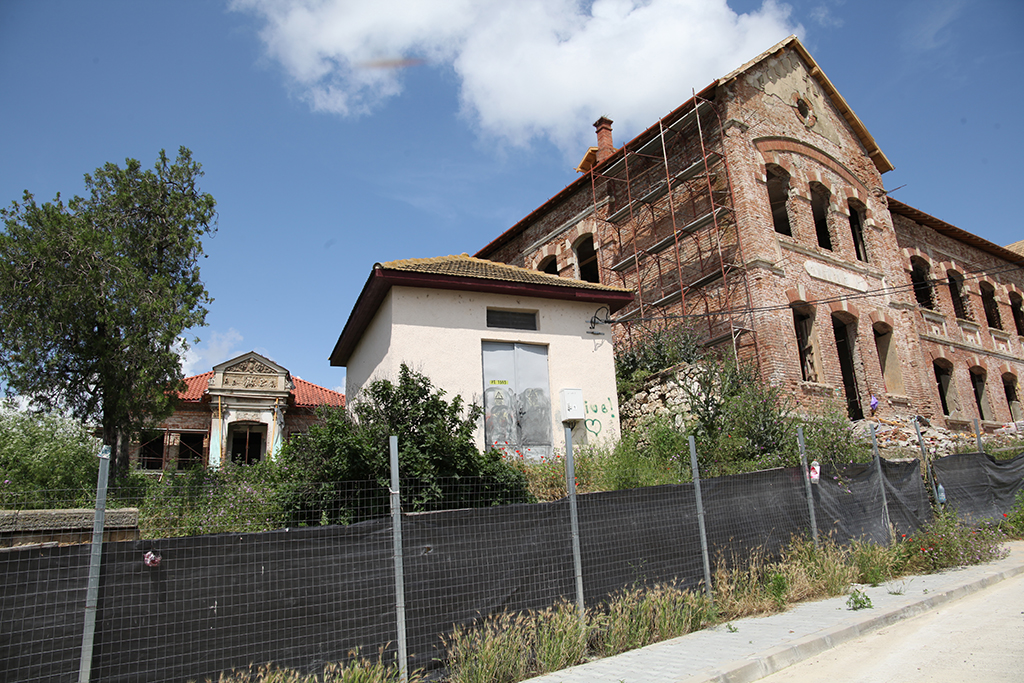 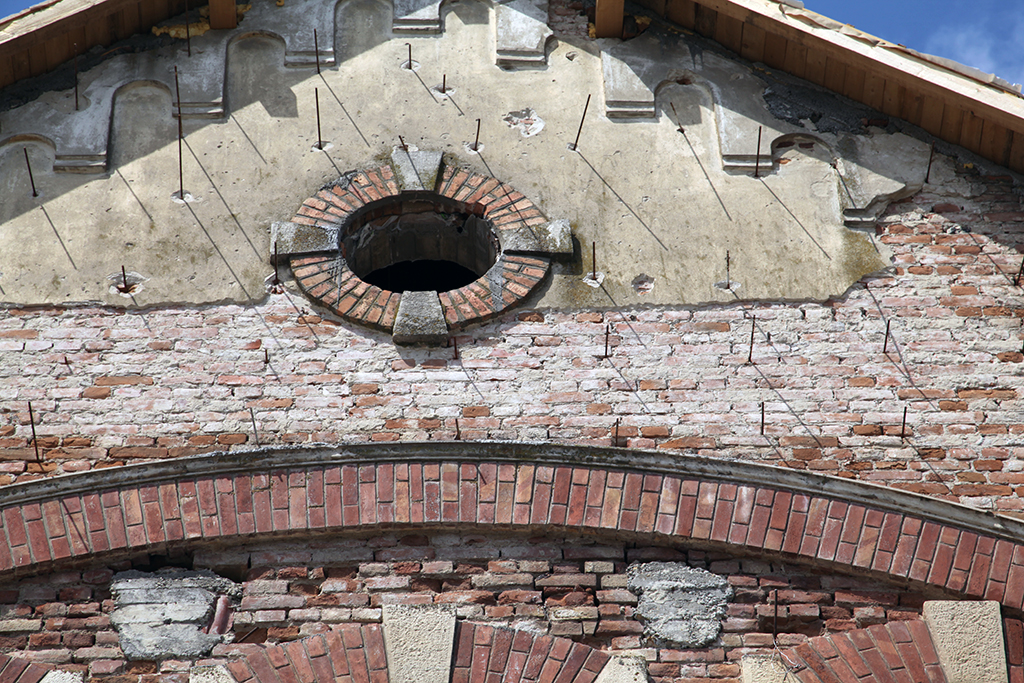 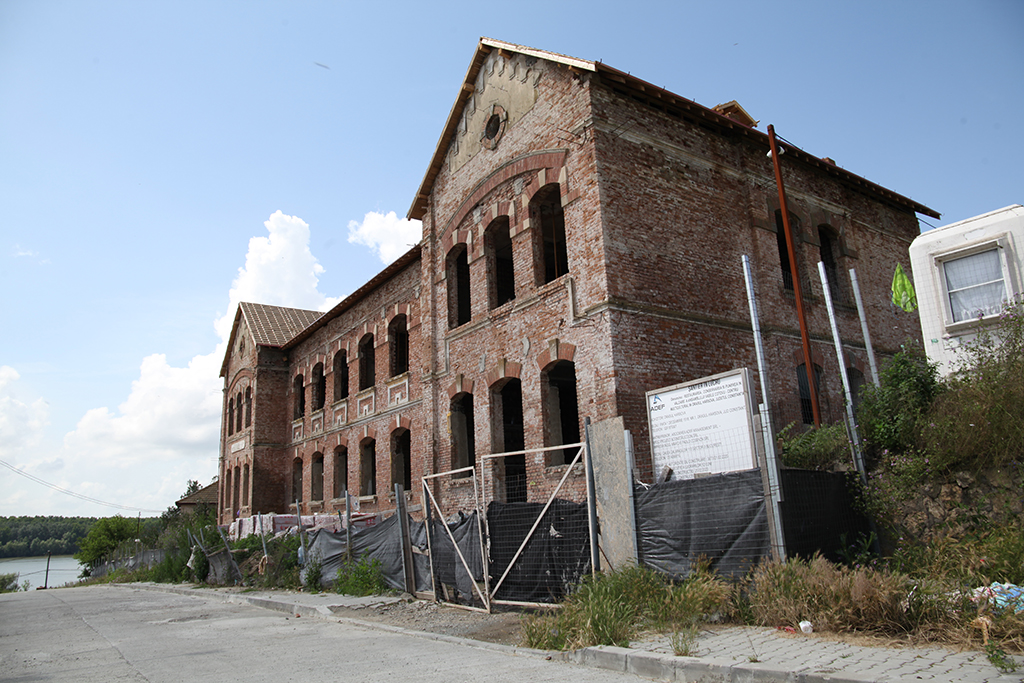 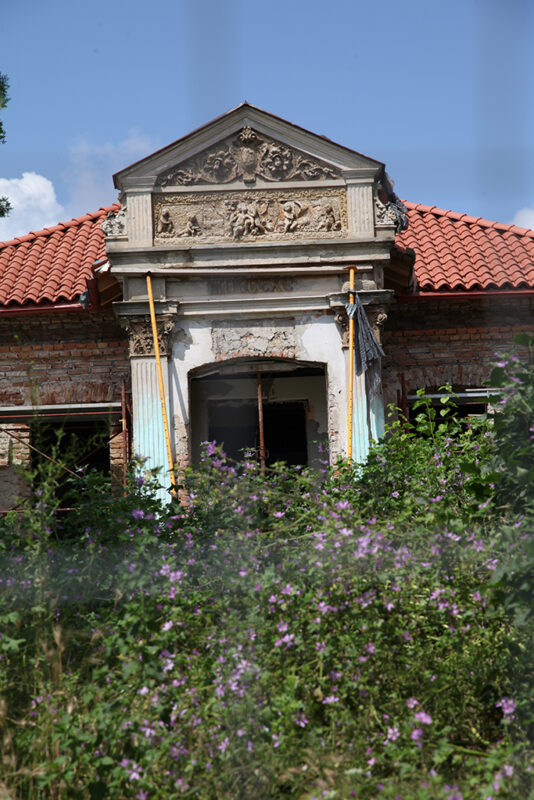 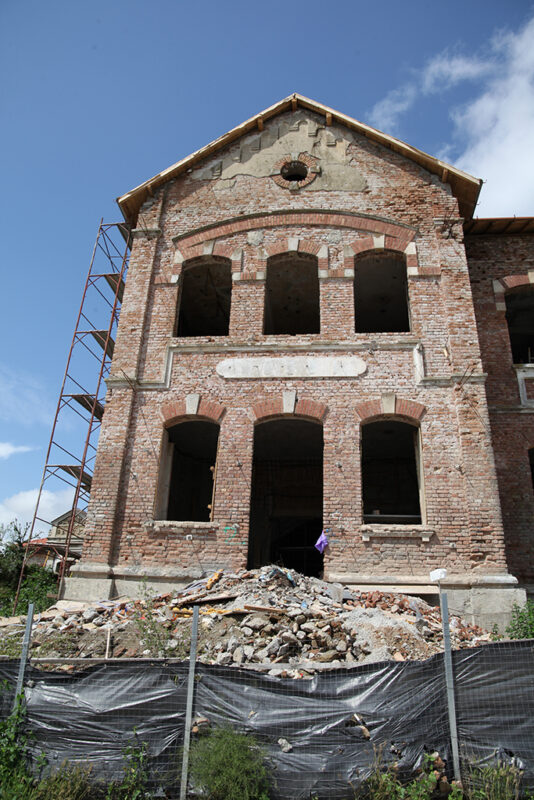 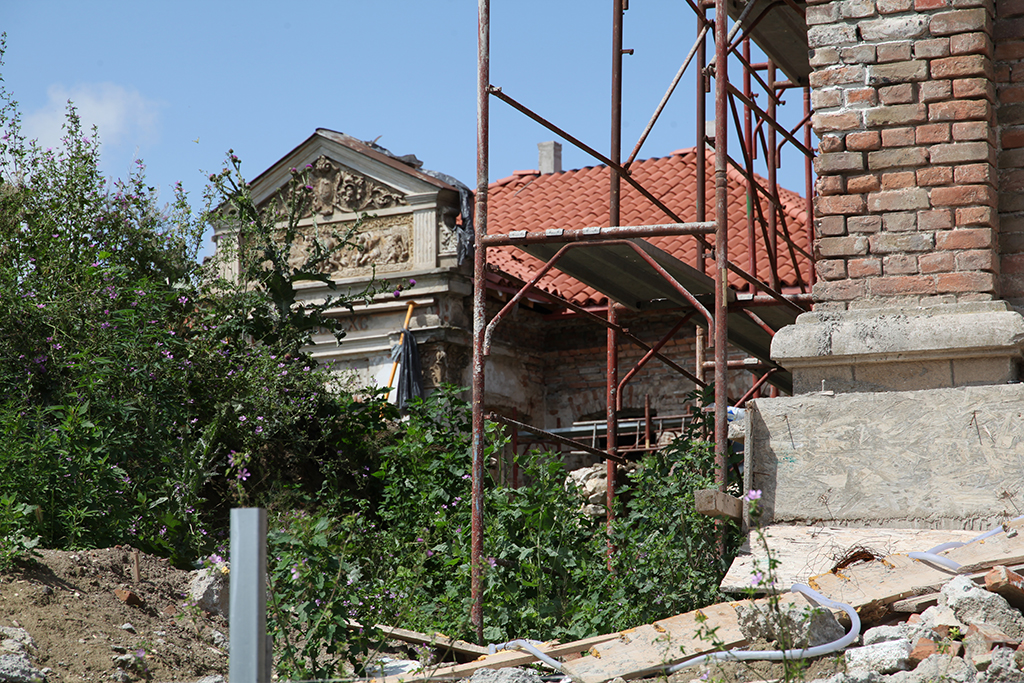 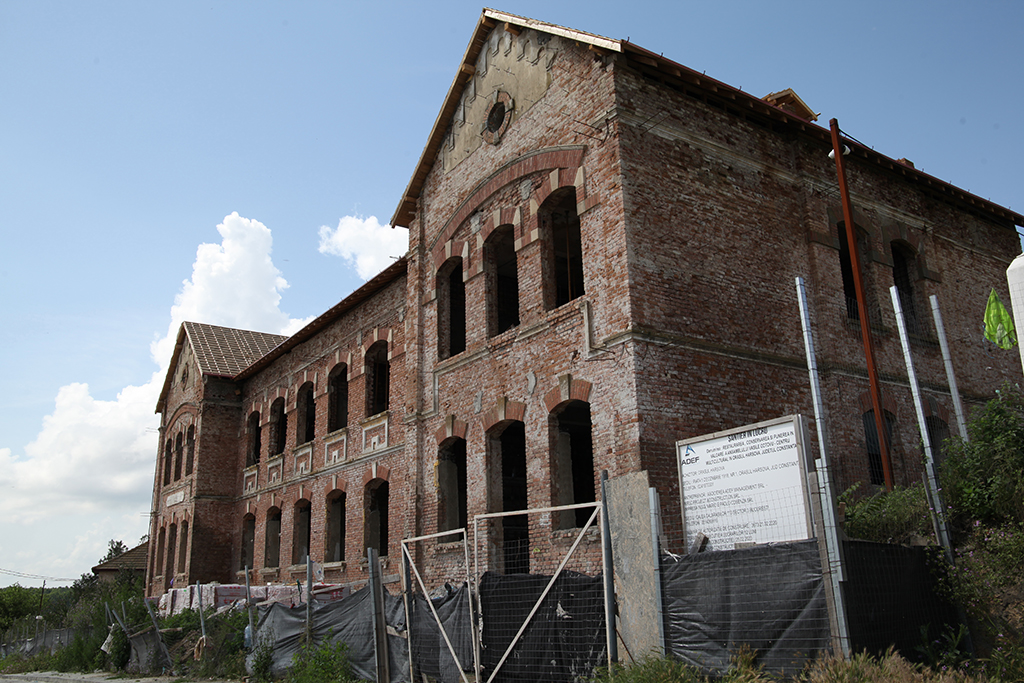 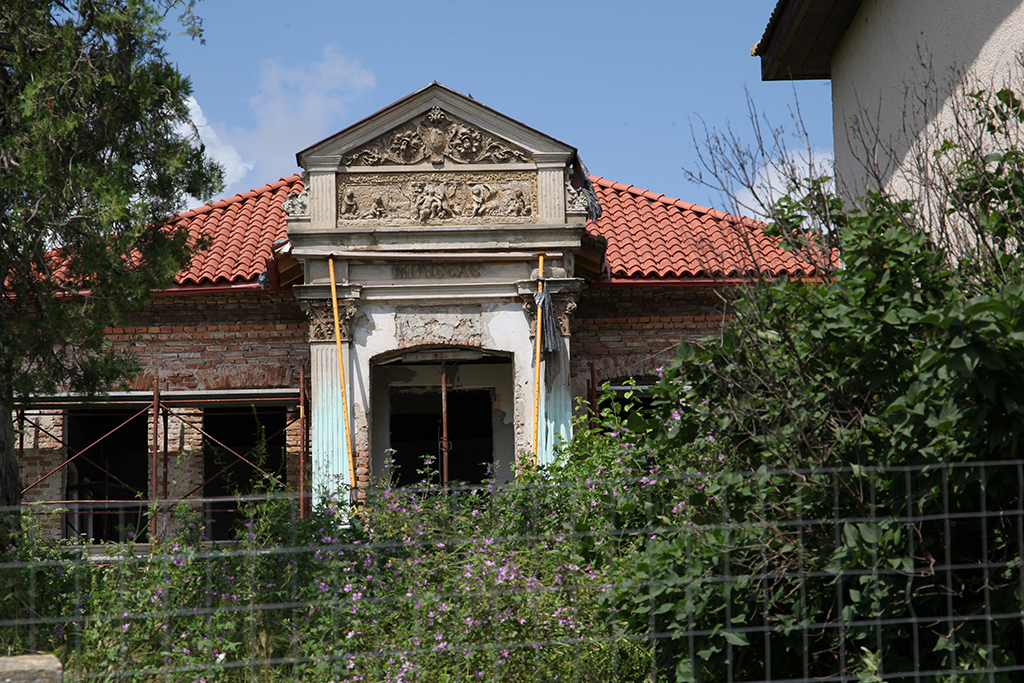 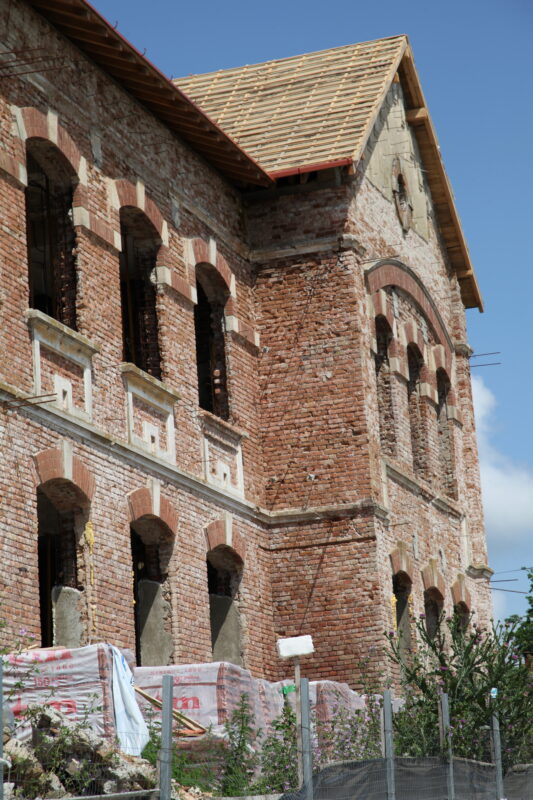 The Vasile Cotovu Ensemble includes two buildings: the old school and the old residence of the school’s principal.

The building of the old school includes a basement, a tall ground floor, an upper floor and an attic. The architectonic style is one specific to the rule of King Carol I (1866-1914), who imposed simple geometrical shapes, facades of visible red brick and brick arches above the windows and entrances. The Hârșova school operated here starting in 1902, a regional Antiquity museum being opened here in 1904. The museum was inaugurated by King Carol I and Queen Elisabeta on the 1st of May 1904.

Having been destroyed by the German and Bulgarian troops during the occupation of Dobrogea (1916-1918), the museum was inaugurated on the 26th of May 1926 by King Ferdinand and Queen Maria. Closed down once again during the communist era, Carsium Museum was reopened, in another location, in 2006, with the participation of King Mihai and Queen Ana.

The old school, completely rehabilitated, will then become the city museum and will include the most important archeological artifacts, as well as documents, coins, and other patrimony items of great value.

The principal’s house is an immobile located in the immediate vicinity of the old school’s building. It includes a basement and a ground floor with a monumental entrance which separates the building into two symmetrical sides, each with two large windows, facing the street. Above the entrance is a neoclassical, decorated portico. The house’s style is an eclectic one, combining neoclassicism with the French inspired model of the late 19th century. This immobile will later on become the Museum’s library. 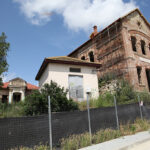 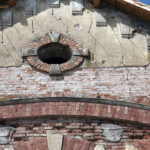 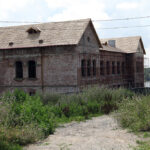 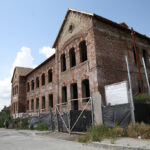 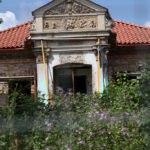 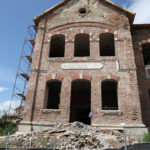 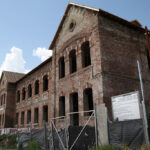 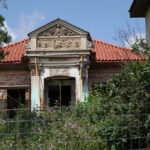 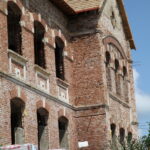