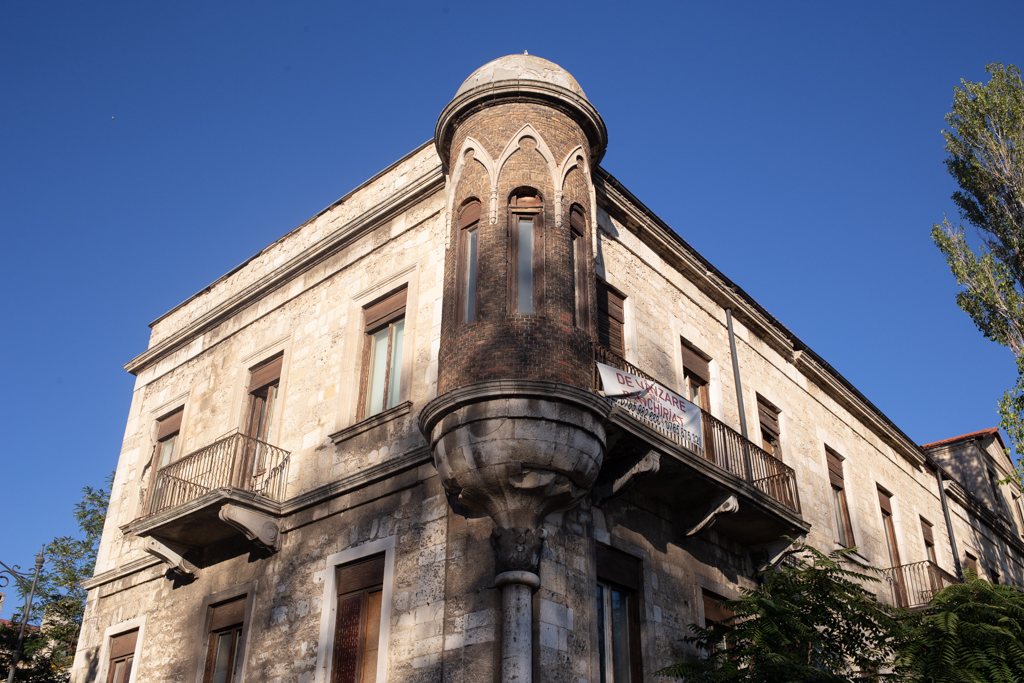 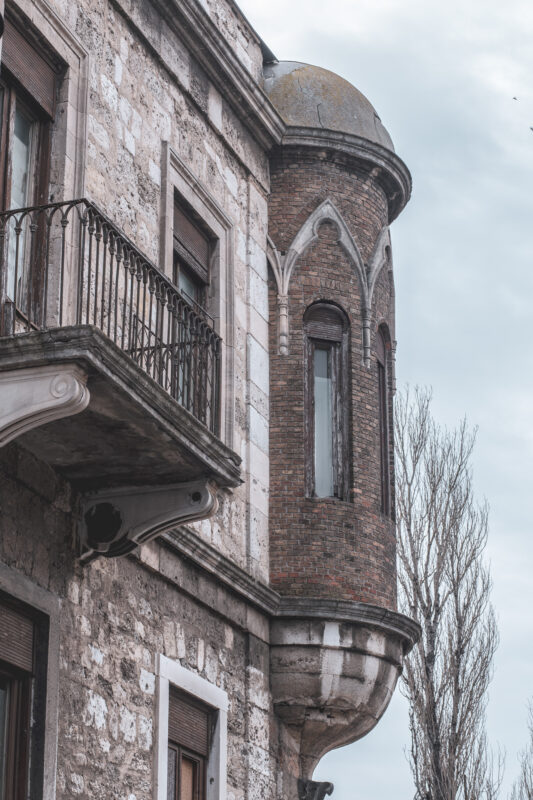 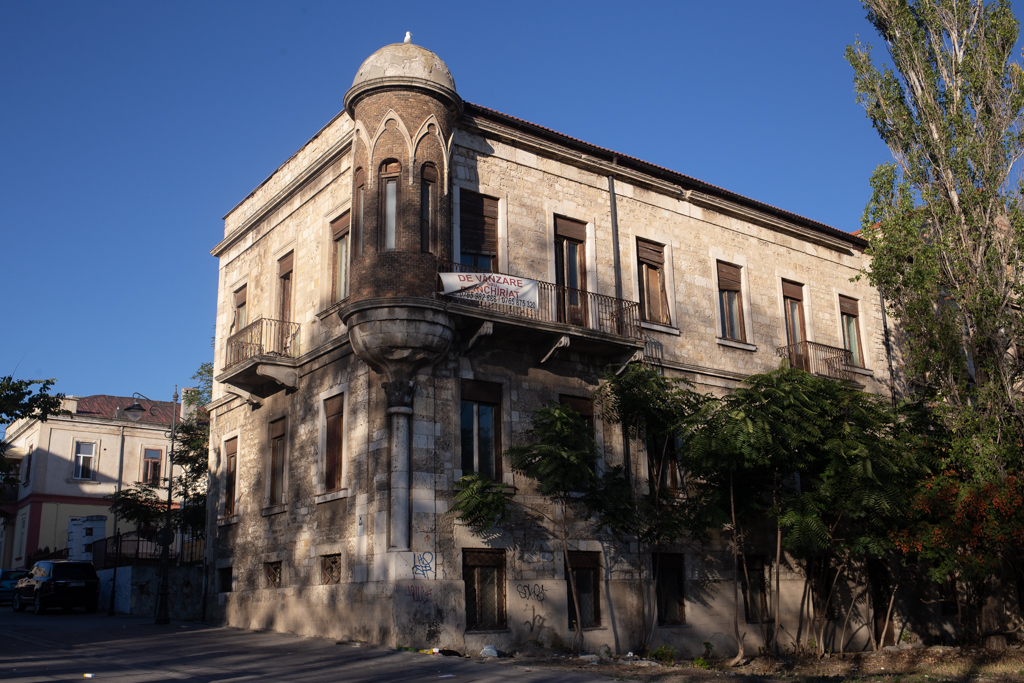 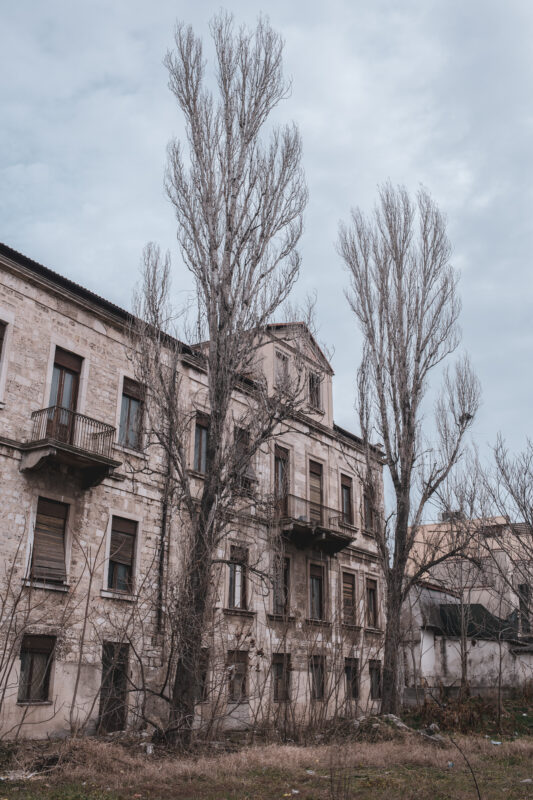 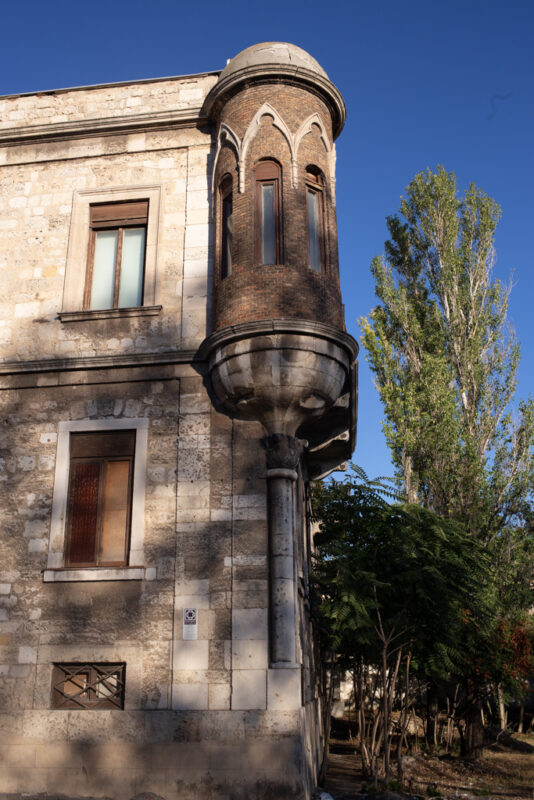 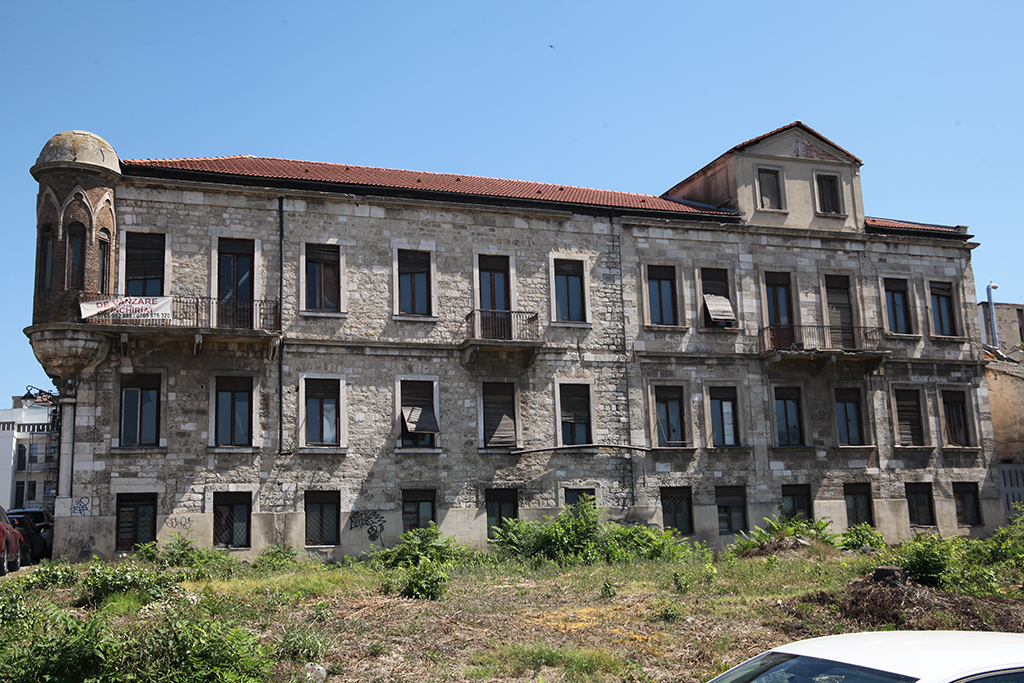 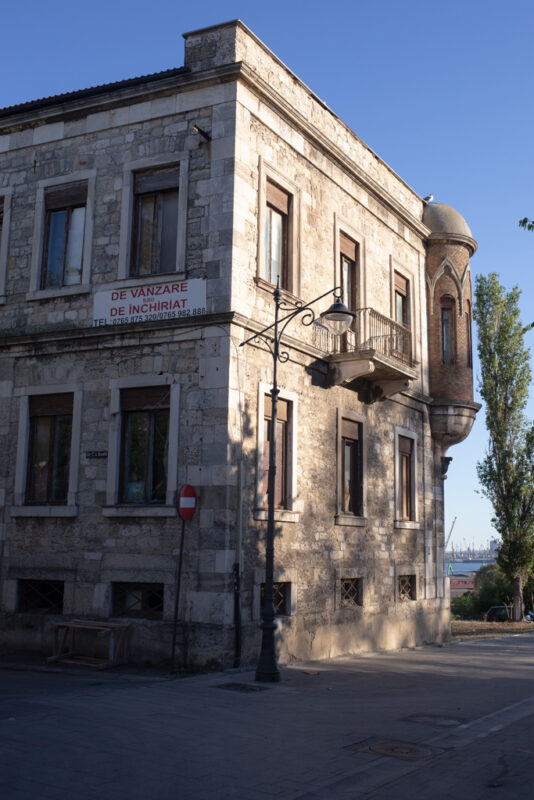 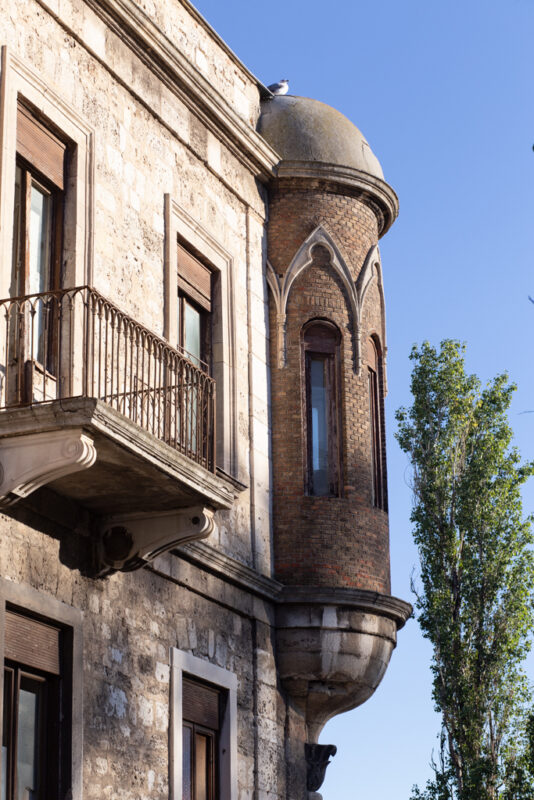 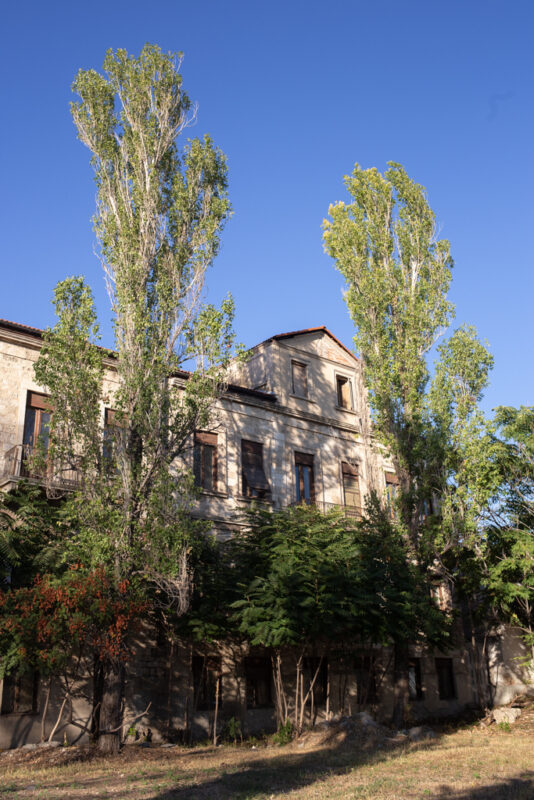 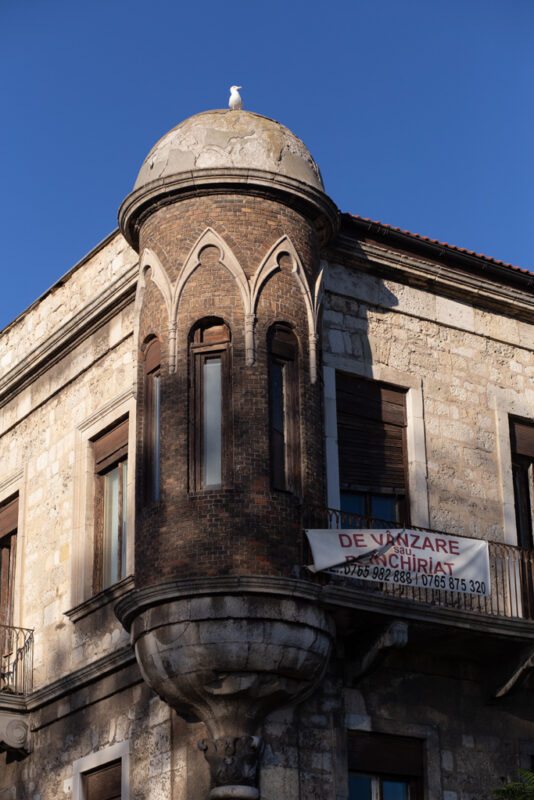 The Alleon House, after which the street was once named, is one of the most exotic and well built houses on the territory of modern Dobrogea.

It is a unique piece of architecture from the end of the 19th century on the territory of Romania and a novel design of jewish cultural legacy. It is a building made out of a semi-basement, an entresol, a floor and an attic, in an eclectic style, with a massive stone facade, having two main facades, one facing the sea (on Vasile Canarache Street) and the other towards the inside, on Rosetti Street.

The simply cut windows, in the British Victorian style, the hardware doesn’t display the painstaking craftsmanship of the end of the 19th century, which makes it unique, the Alleon building displays a corner balcony in the most visible Venetian style. A hellenic column completes the corner. The stone covering the facade gives the impression of a heavy construction, gothic, and the large openings on the outside are more specific to the British living design. A small and beautiful garden, in the English style, encircled by short, stone walls, used to be found in front of the facade facing the sea. Today it is a vacant space.

The inside arrangement ensures a large number of rooms, about 40, without the benefit of a large reception hall however. The owner, although very wealthy, was hardly interested by invitations and modern reunions and was more preoccupied by his own good mood and, especially, the possibilities to store the collections gathered in his long and exhausting trips to Dobrogea.

In 1905, the Insurance Society Dacia Română bought the Alleon House, repurposing it into an office building. Not even a decade later, the insurers abandon the immobile and the municipality offers the building to the Court of Appeal. In the Spring of 1914, the Constanța court was the 5th one established in the country, after the ones in București, Iași, Craiova and Galați. Dobrogea had gotten larger, through the peace treaty signed in Bucuresți in August 1913, by two counties- Durostor and Caliacra- and the Constanța judicial institution reunited, in the Alleon House, the four regional districts (Constanța, Tulcea, Bazargic and Silistra) 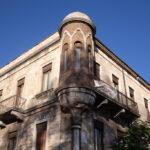 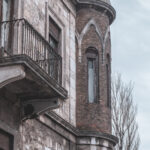 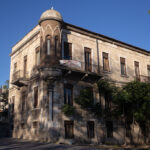 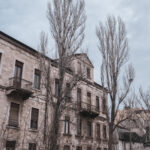 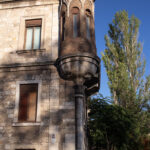 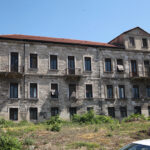 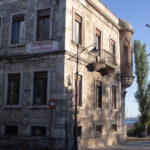 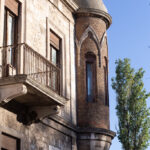 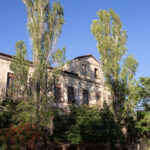 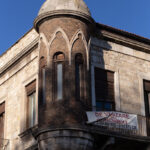