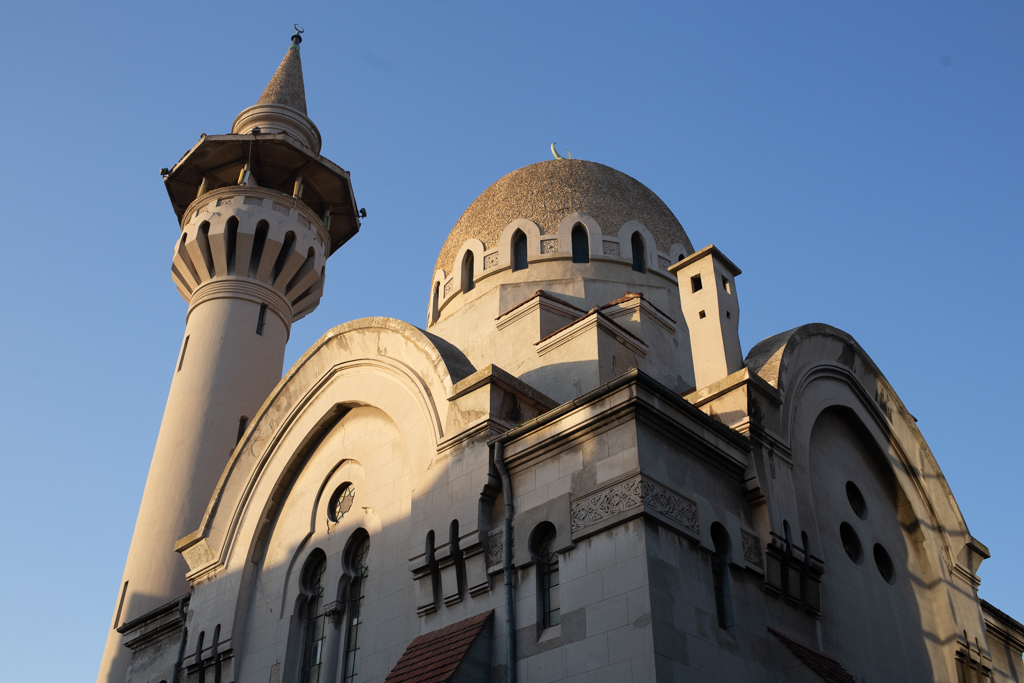 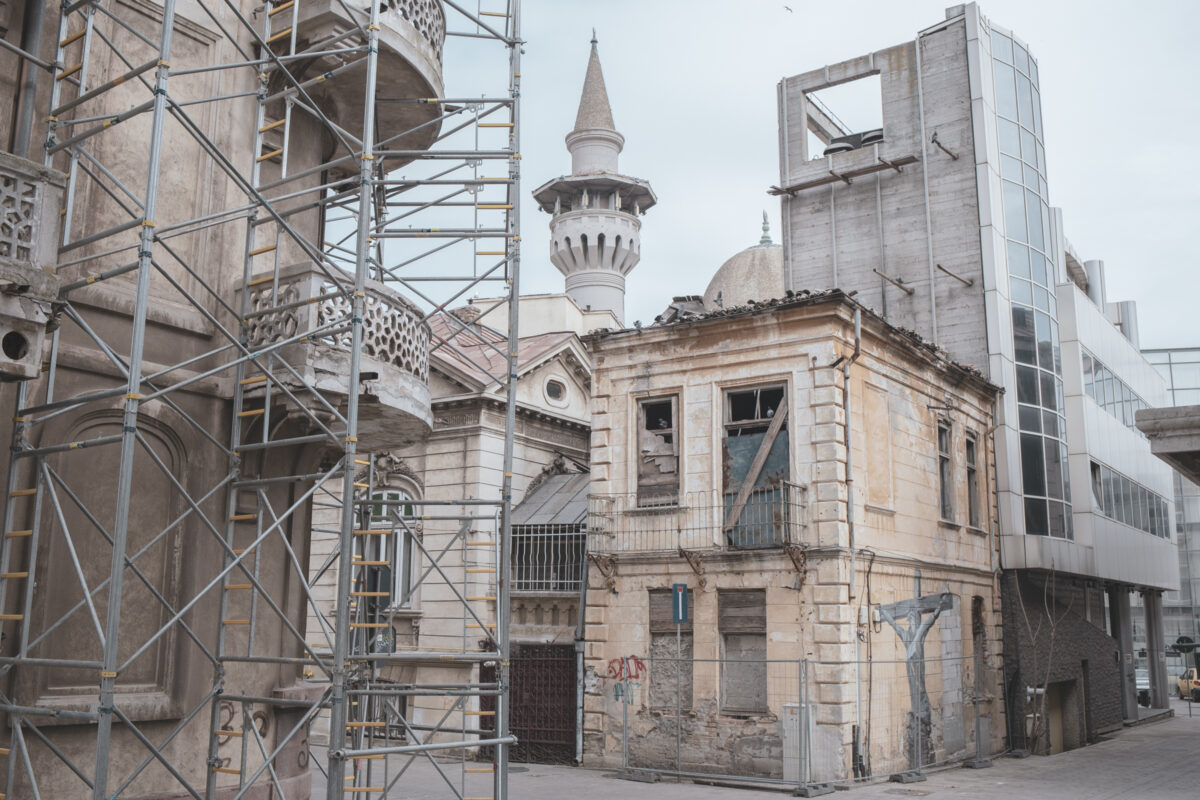 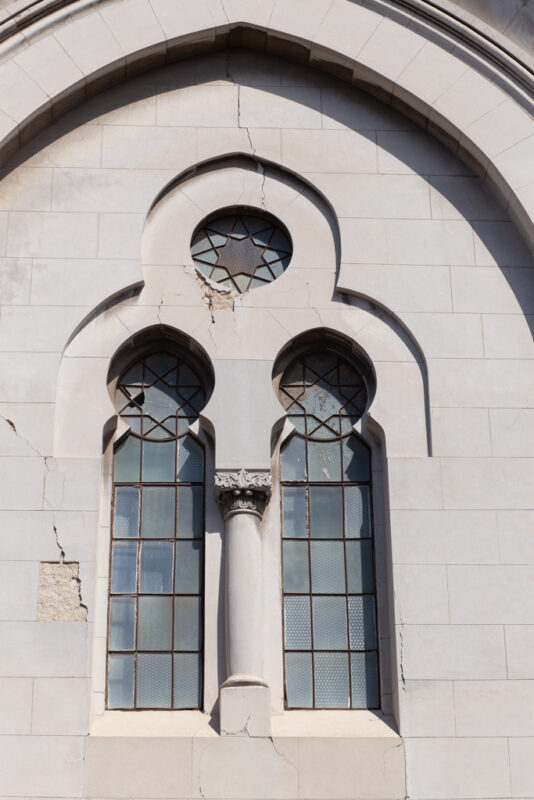 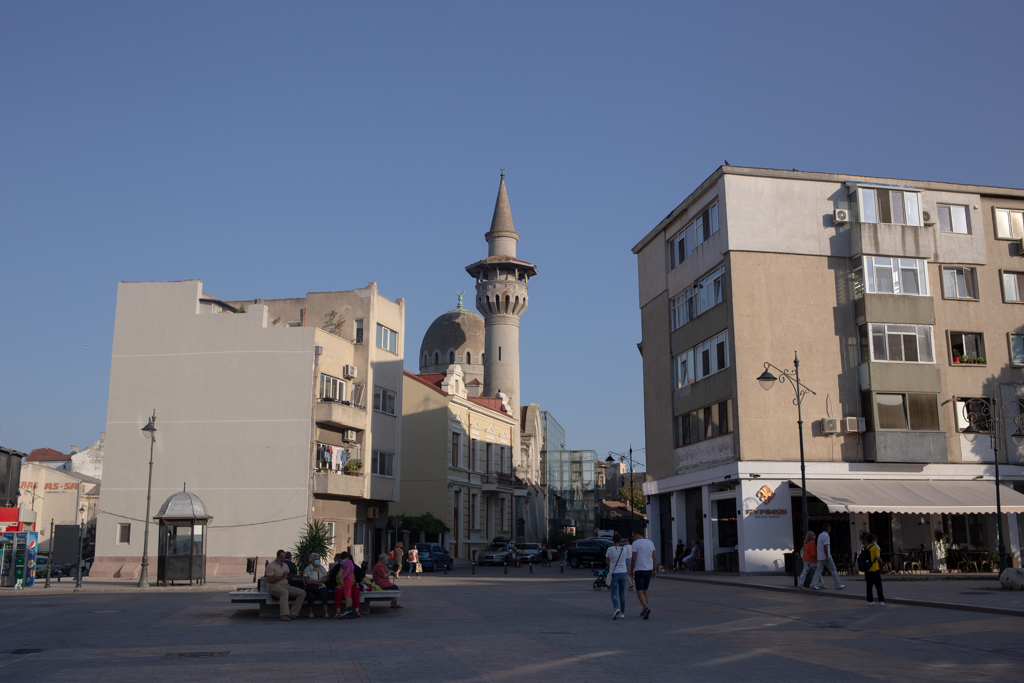 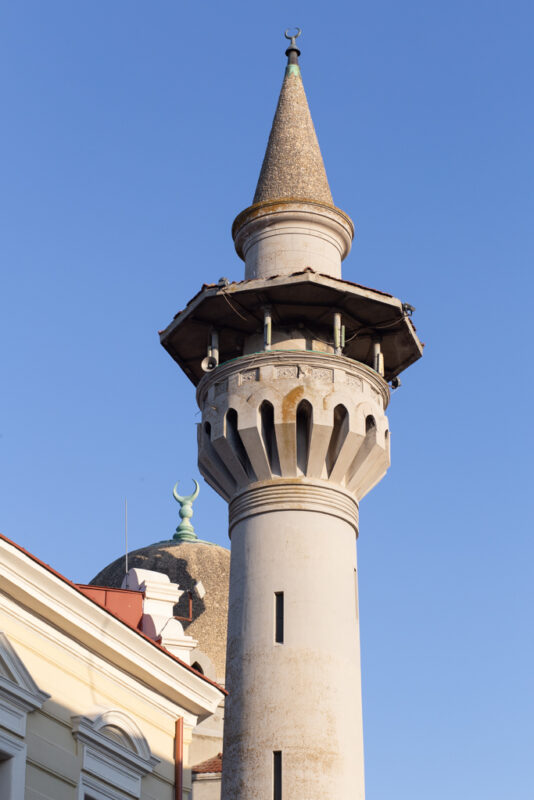 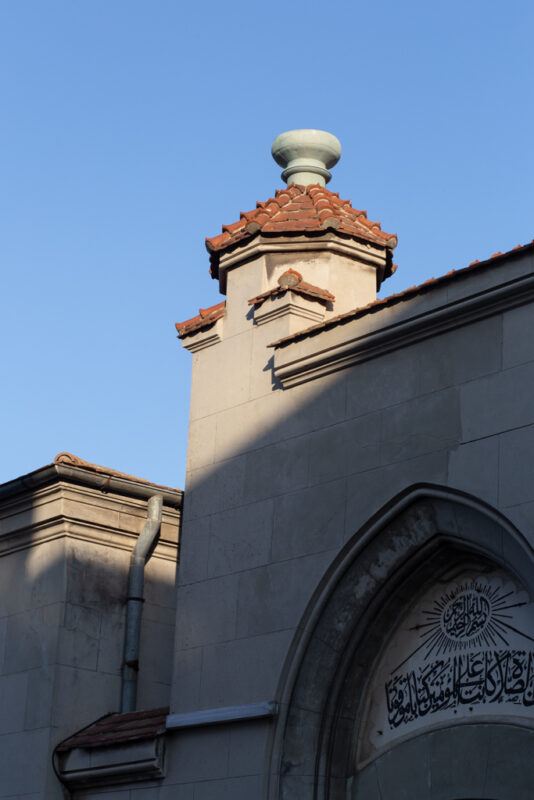 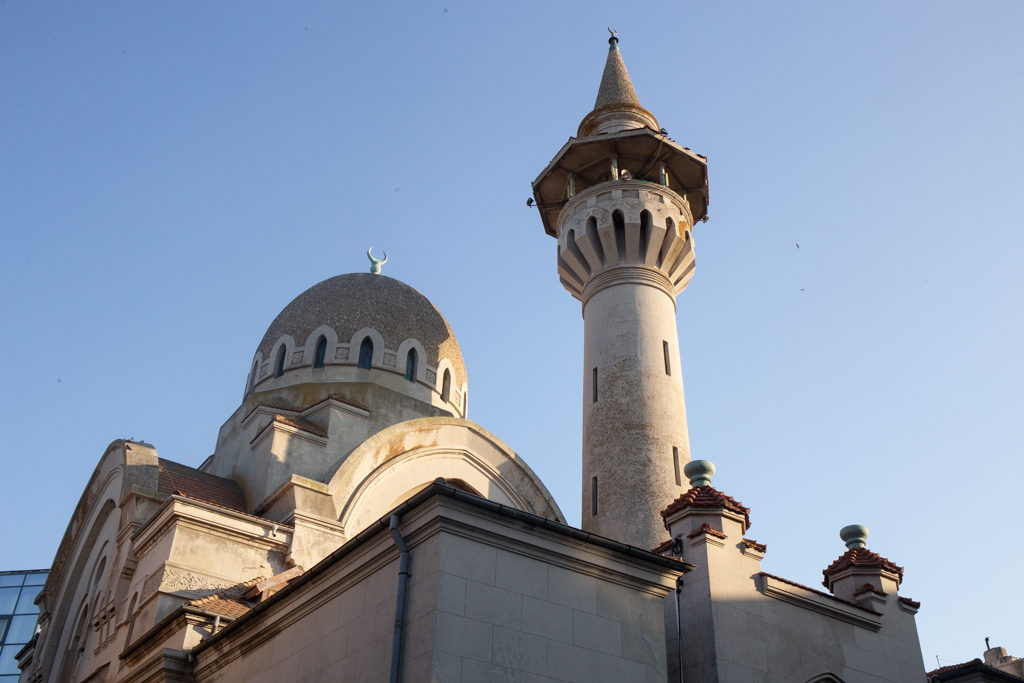 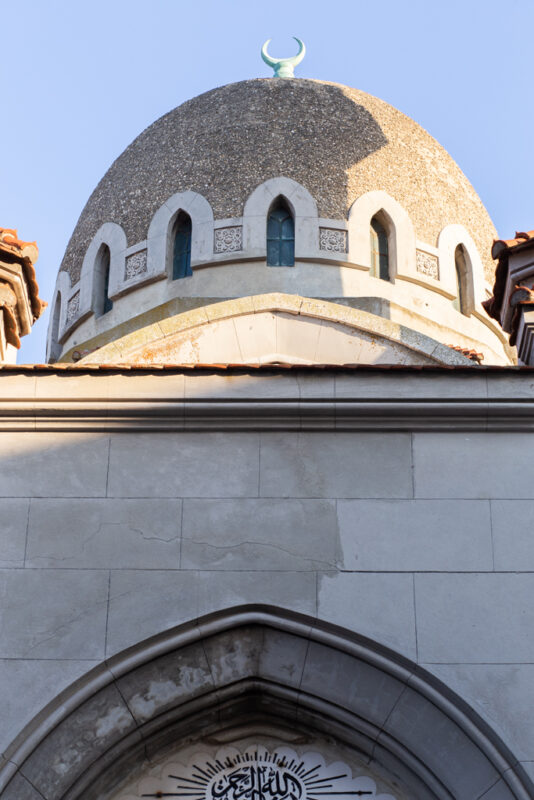 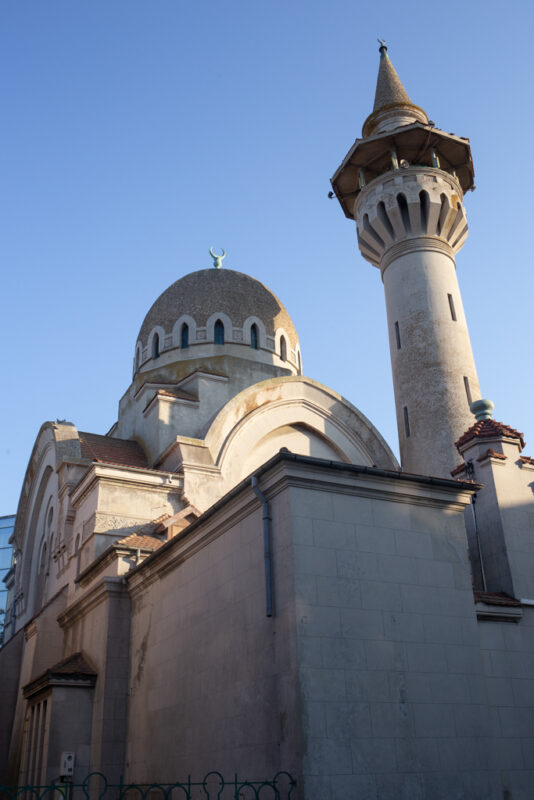 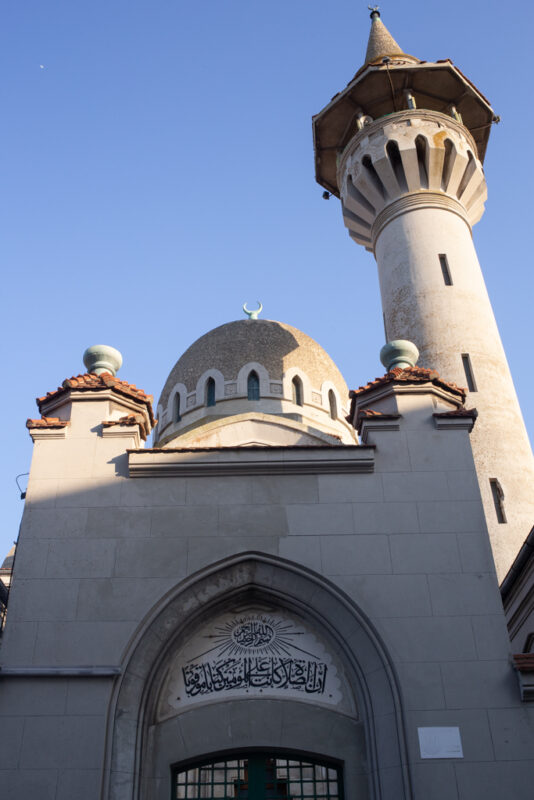 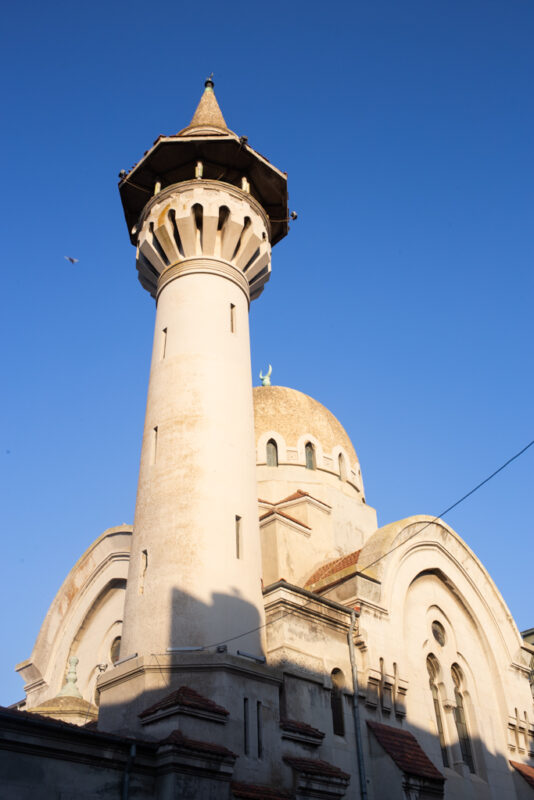 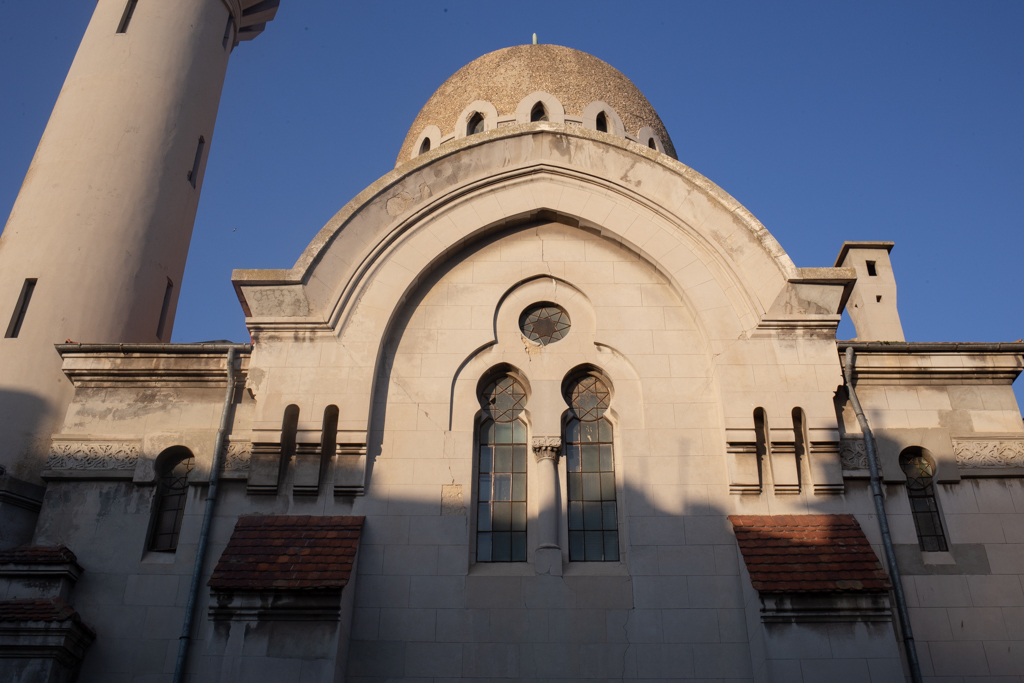 The mosque from Constanța is modeled after the Konya mosque from Anatolia, following an egyptian-byzantine style, but with enough romanian architectural elements. The ensemble includes a massive main body, of about 450 square meters, with a huge dome, and a minaret nearly 50 meters high. The materials used for the building were stone and brick, and reinforced concrete was used for the dome and minaret. An absolute innovation for Romania of that time, but also for a big part of Europe, using reinforced concrete was the idea of the engineer Gogu Constantinescu, the one who took on the technical project of the building.

At the entrance, a portal with an arch, made out of stone, has the daily prayers inscribed with arabic characters.The inside yard is made out of white chalk, and in the side parts arches with crowns are opened up, leading the way towards the places where believers can wash for the mandatory ritual before the prayer (ablution). From the yard, one can pass through a high portal, with a zigzag arch and with a romanian style waist, in order to reach a vestibule that leads either to the stairs of the minaret, or to the prayer room. Next is a massive door, clad in black marble on the outside and decorated with cells carefully crafted on the inside, everything being flashed in ouches of bronze. T

he inside of the prayer room is gloomy, dominated by the colors cobalt blue, green, light ocher and red. The flooring is covered by a huge 144 square meters and 490 kg carpet, the largest oriental carpet in Europe. Two centuries old, the carpet was manually crafted in Hereke, Turkey, and it was donated by sultan Abdul Hamid the Second, in 1904, to the believers of Ada Kaleh island, on the Danube, which was submerged because of  the hydrotechnic works made on the Iron Gates, in 1970. In 1965, the carpet came to Constanța. The inside walls are coated in yellow and green faience, and the inscriptions with large, golden letters describe the attributes of Allah and verses from the Quran.

In the center of the southside wall, towards Mecca, is located the mihrab, a niche dominated by the color blue. On the right is the mimbar, from where preaching is done during the great holidays or holy Fridays, and to the left is the Kursur, from where lectures from the Quran are held, both sculpted in wood. The blue dome, 25 meters high and with a 8 meter diameter, presents arched windows with stained glass. On the outside, the dome is covered in brass and can be viewed from seaside under good conditions.

The minaret on the right, made in a maur style, is 47 meters high, has 20 centimeter thick walls, with light coming from narrow windows, and by climbing the 140 spiral steps one may reach a circular balcony from where the muezzin signals the beginning of prayers. On top of the minaret is the crescent moon, but it also contains typically romanian elements, a series of thick niches. Works on Carol I Mosque started in June 1910, on the 24th day of the month, when in the presence of the minister Spiru Haret, the mufti Hafuz Rifat, the minister of the Ottoman Empire accredited in Bucharest and several other officials the founding document was read, and then placed in a box built into the foundation.

Three years later, on May 31st 1913, king Carol the First, Queen Elisabeta, the minister of Cults, Take Ionescu, the minister of the Ottoman Empire in Bucharest, the consulary body of Constanța, all took part in the inauguration of the most important muslim place of worship in the country. 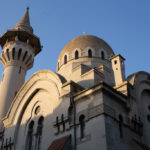 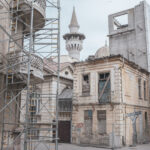 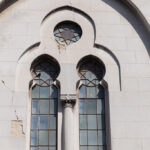 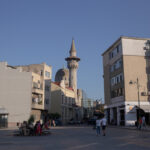 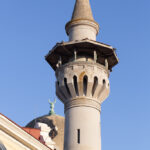 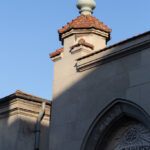 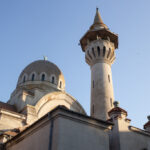 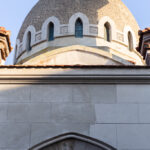 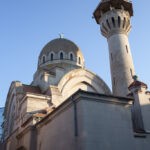 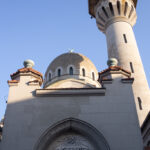 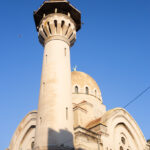 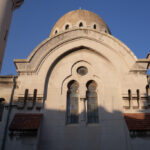