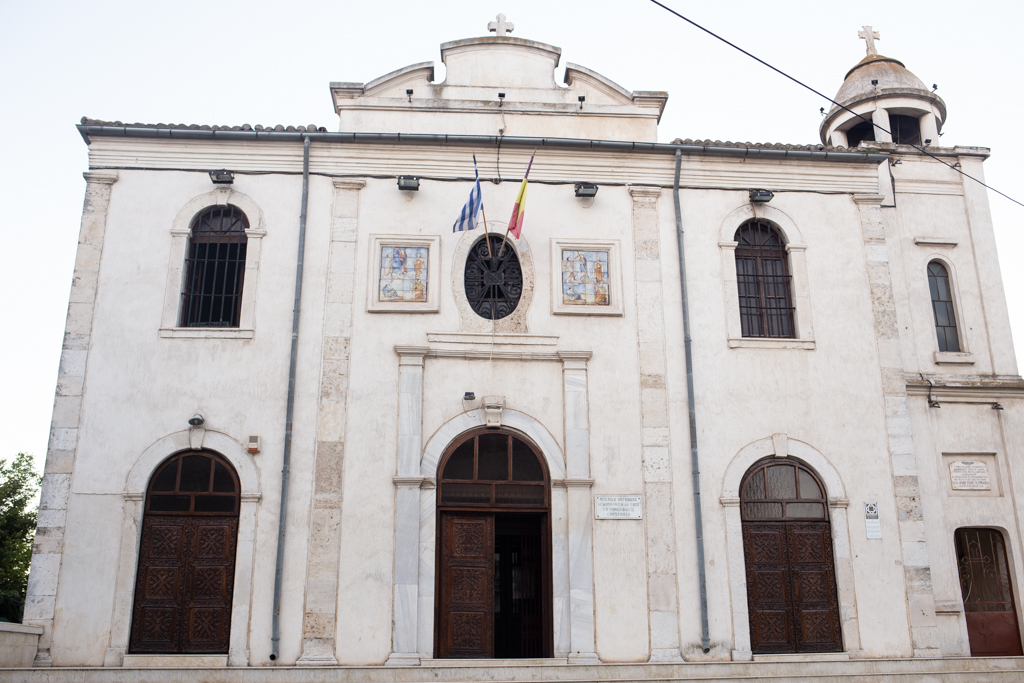 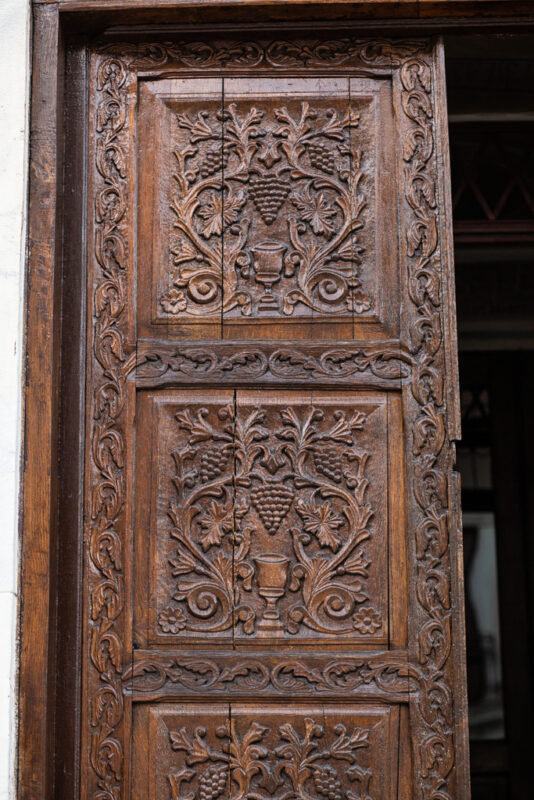 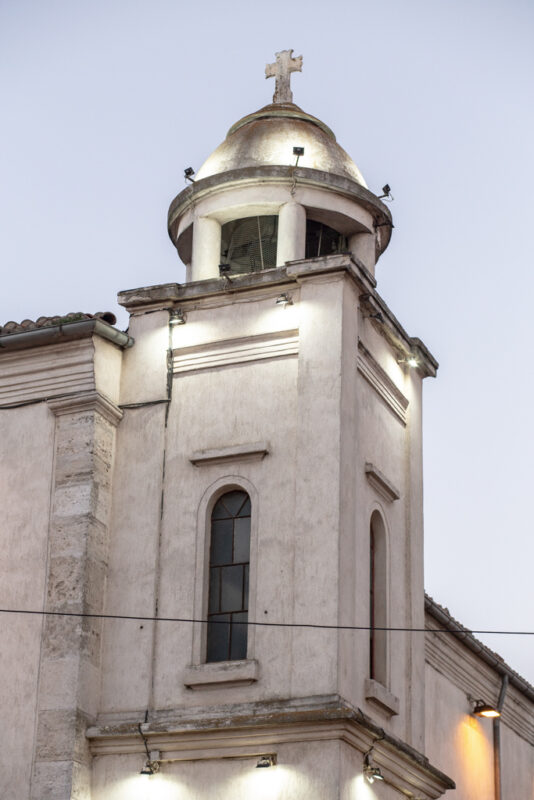 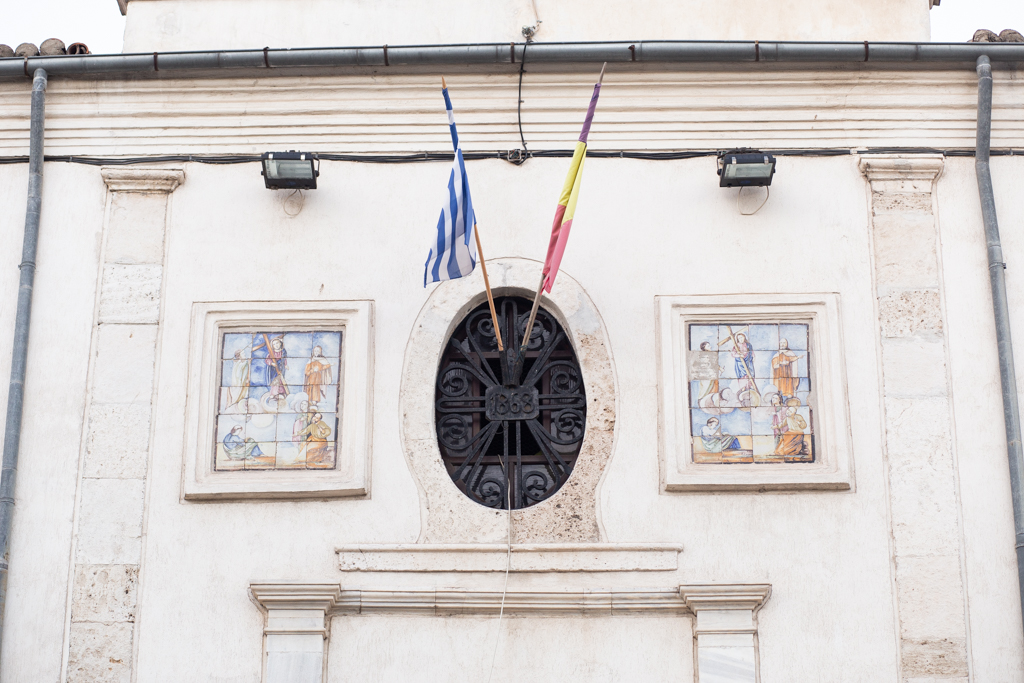 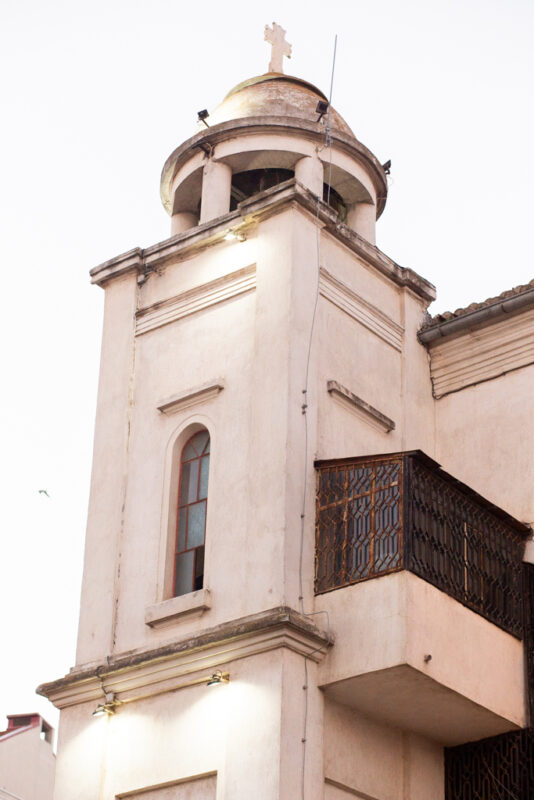 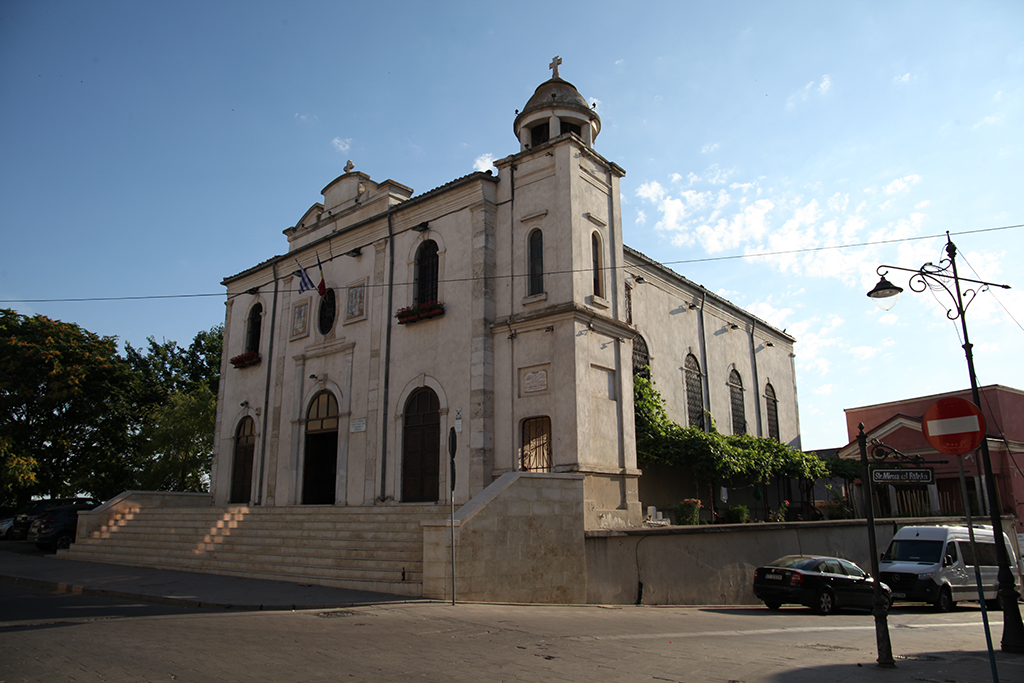 The place of worship was built in a classic greek style, but with modest dimensions, only 10 meters tall, 25 meters long and 12,5 meters wide. In it’s initial form, the church wasn’t designed with towers, the actual bell tower, on the right side of the building, having been added only in 1947 and having a semidome sustained short columns. Natural stone and bricks have been using for the building of the church.

The support pillars on the inside are made out of cedar wood, and the floor is covered in marble brought from Greece. The wrought iron was used for the protection of the unvaulted doors and windows. The facade is divided into three vertical register, demarcated by crowned pilasters. The inside of the church has the look of a room, of equal height, demarcated by crowned pillars which support an arch.

There are balconies on three sides of the inside. The original painting was done in oil, by a painter from Mount Athos, but it deteriorated because of the candle smoke and had to be redone in the years 1988-1989 by the painter Nicolae Radu and blessed in the first year after the Revolution. Truly remarkable are the four chandeliers with Murano crystals donate in the year 1962, the silver candlesticks brought from Constantinople and many images from the 19th century. One of the most important images is that of Saint Fanurie, a very beloved saint by the orthodox greeks. The building of the place of worship began in 1862 and was finished in 1867, after the approval given by Sultan Abdul Aziz at the request of the hellenic community and the instistence of the Ecumenical Patriarch.

But the sultan’s approvals was conditioned, the church not being allowed to be taller than any mosque in the city and having to be built as far away from the turkish neighborhood as possible. The Metamorphosis Church was the first orthodox church of the city, built with the money of the greek community, and at the end of the 19th century it was the place where all the orthodox believers in the city prayed, until other churches, including the future Saints Apostles Petru and Pavel in 1895, were built. Until about 1948 the ceremonies were held by greek priests, who were replaced by romanian priests after this date, because of the decrease in the size of the greek community, among other reasons. In 1974, the greek committee which administered the church, apparently because of financial reason, requested for it to enter the patrimony of the Romanian Orthodox Church, specifically that of the Lower Danube Archdiocese. 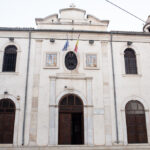 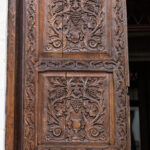 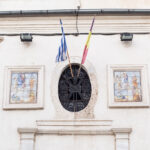 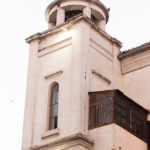 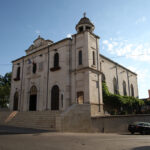