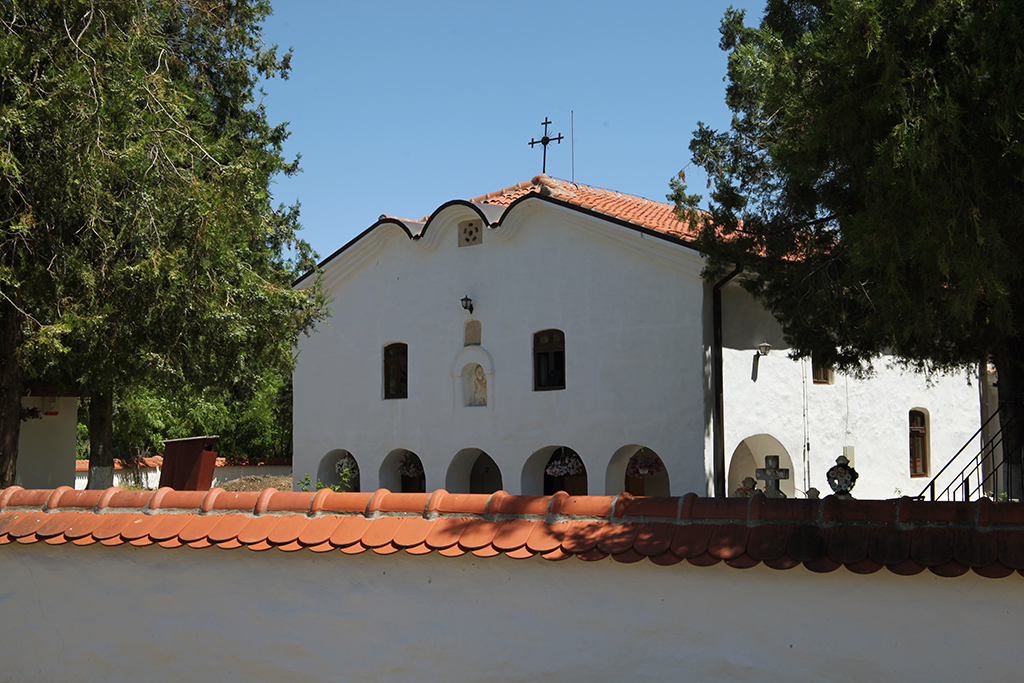 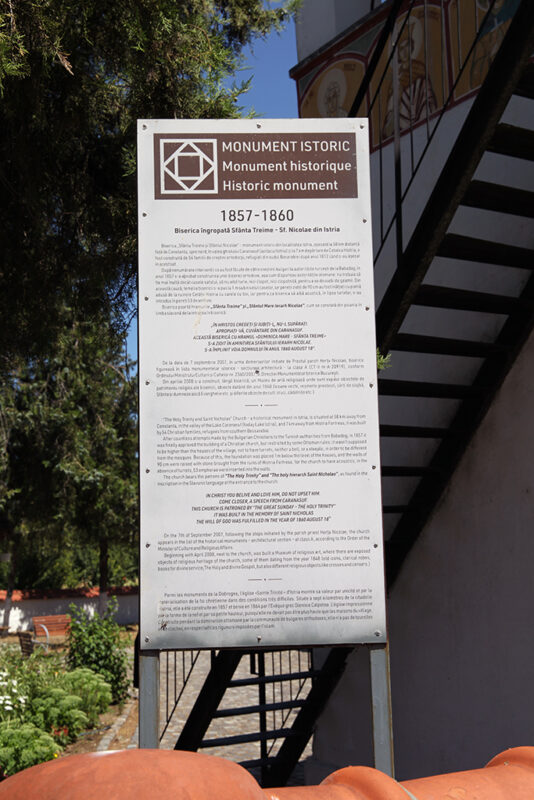 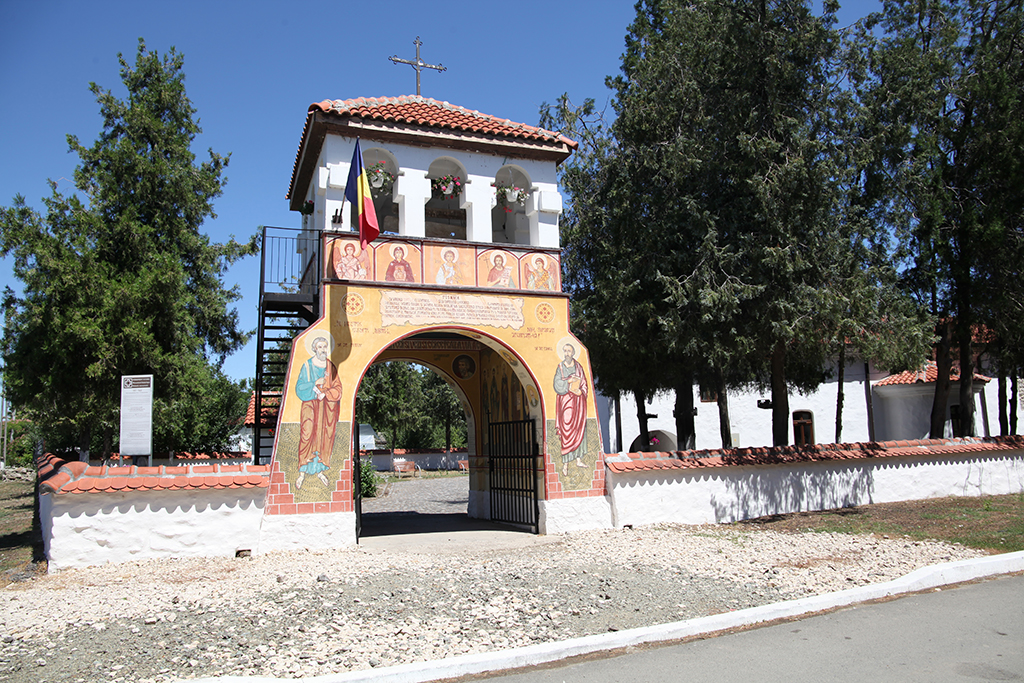 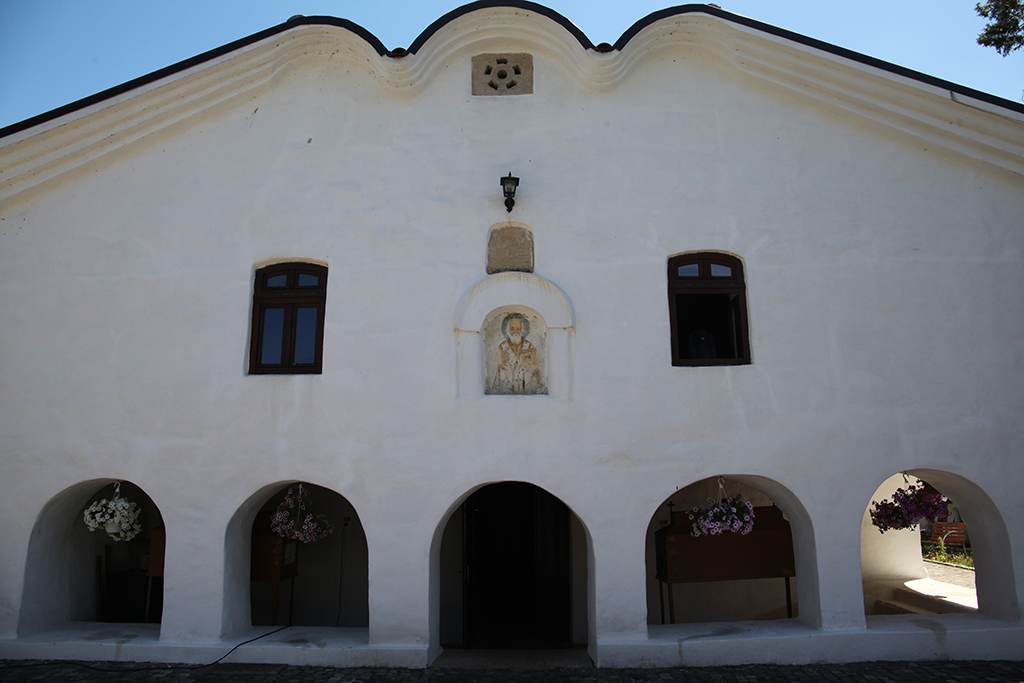 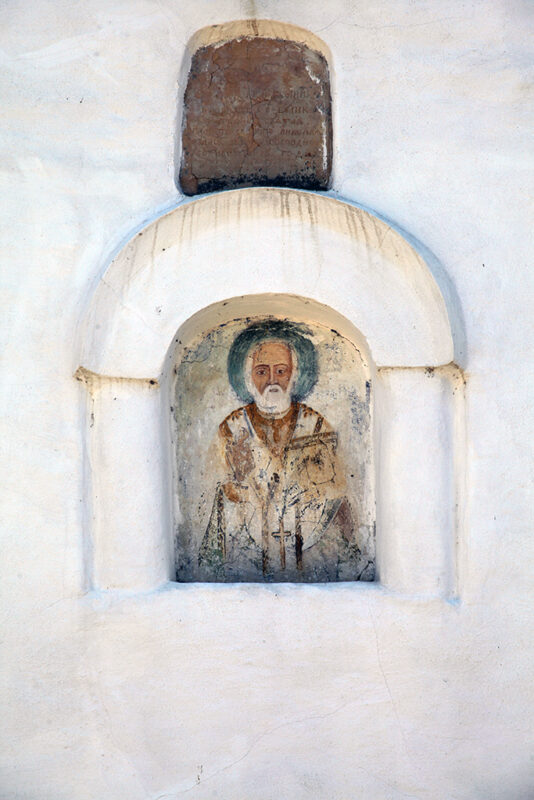 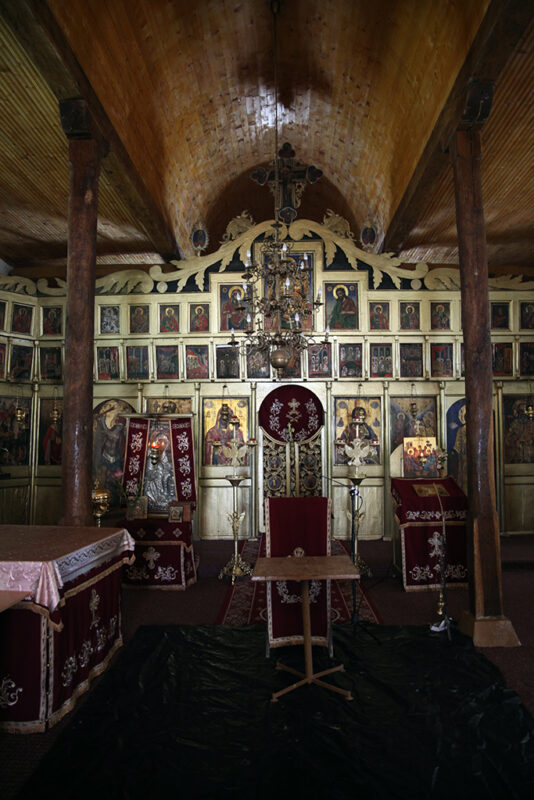 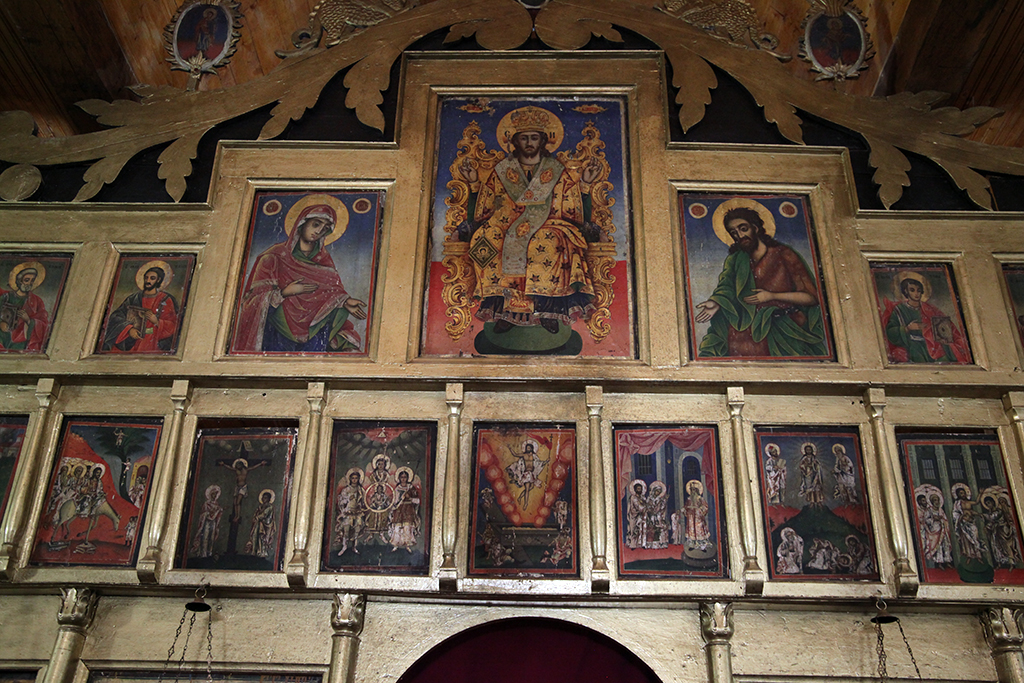 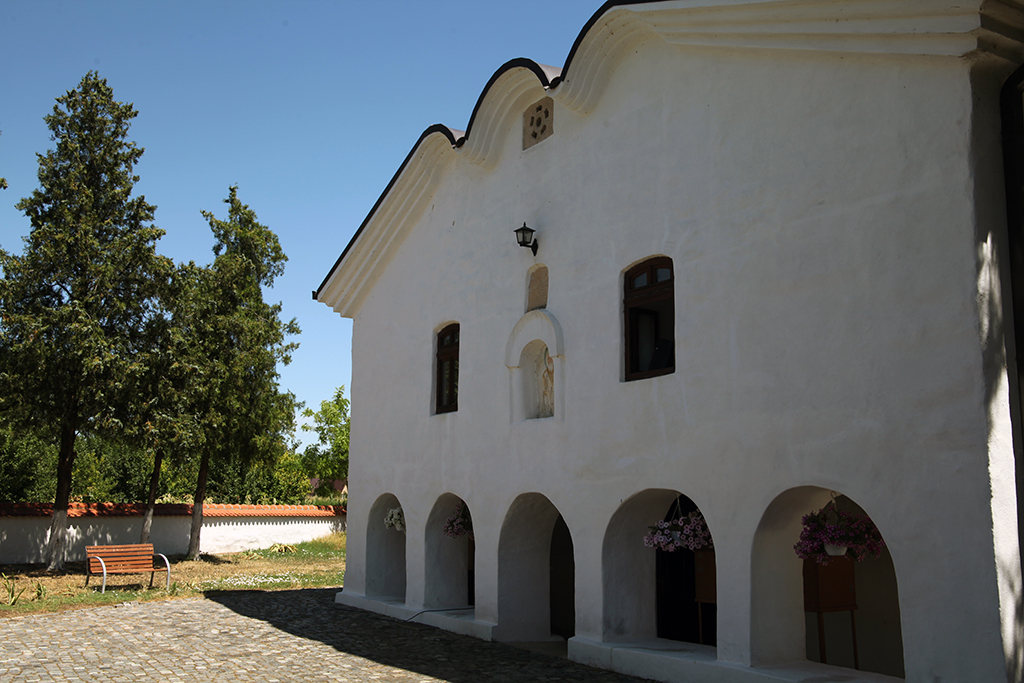 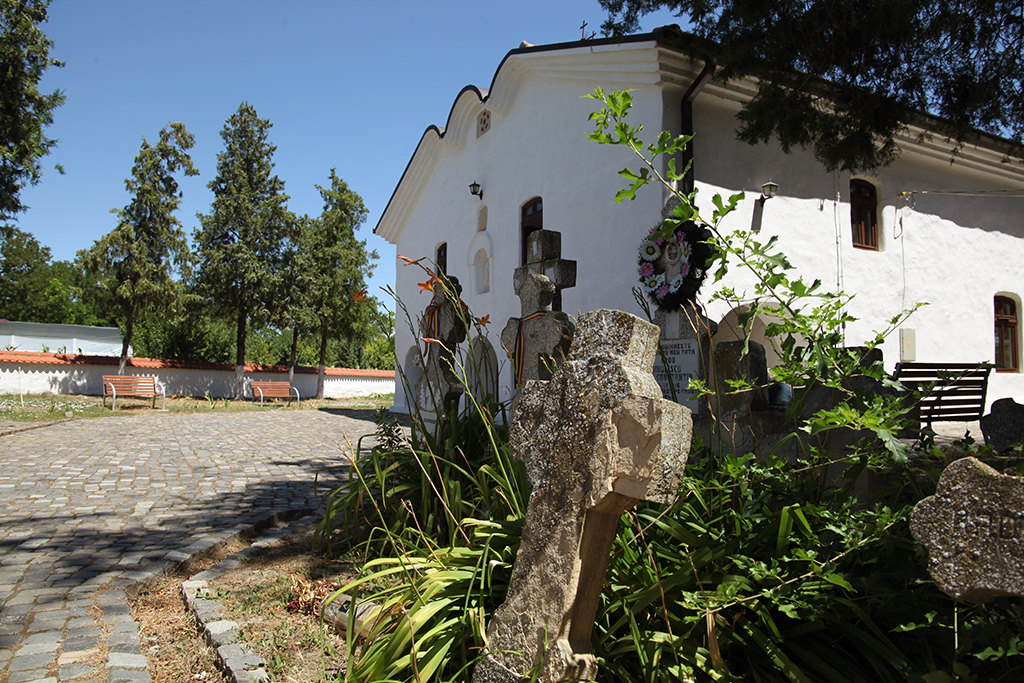 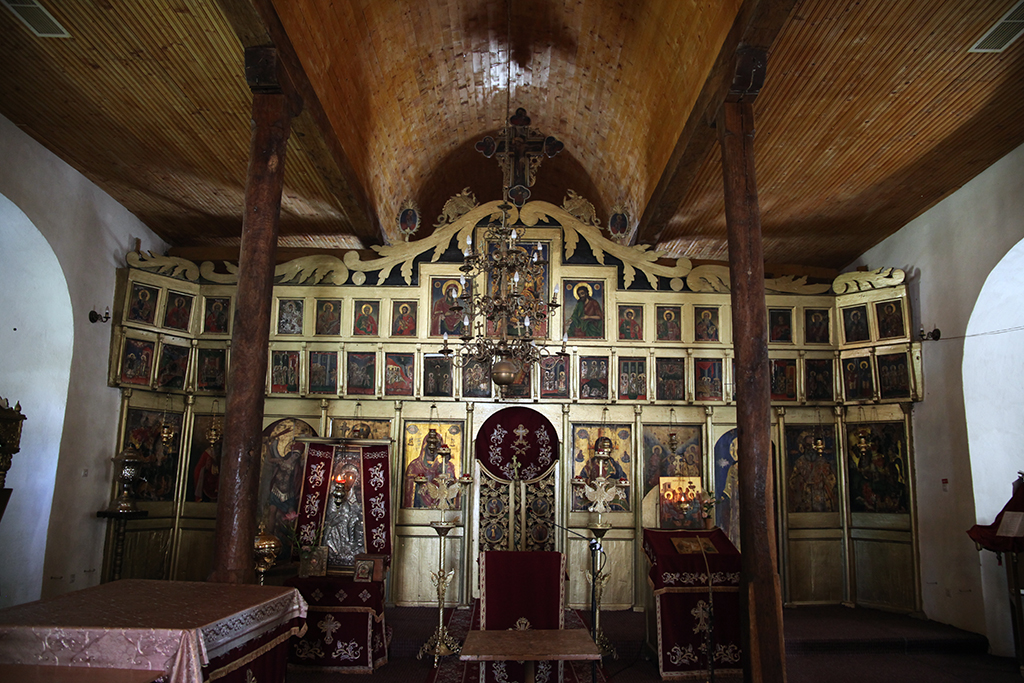 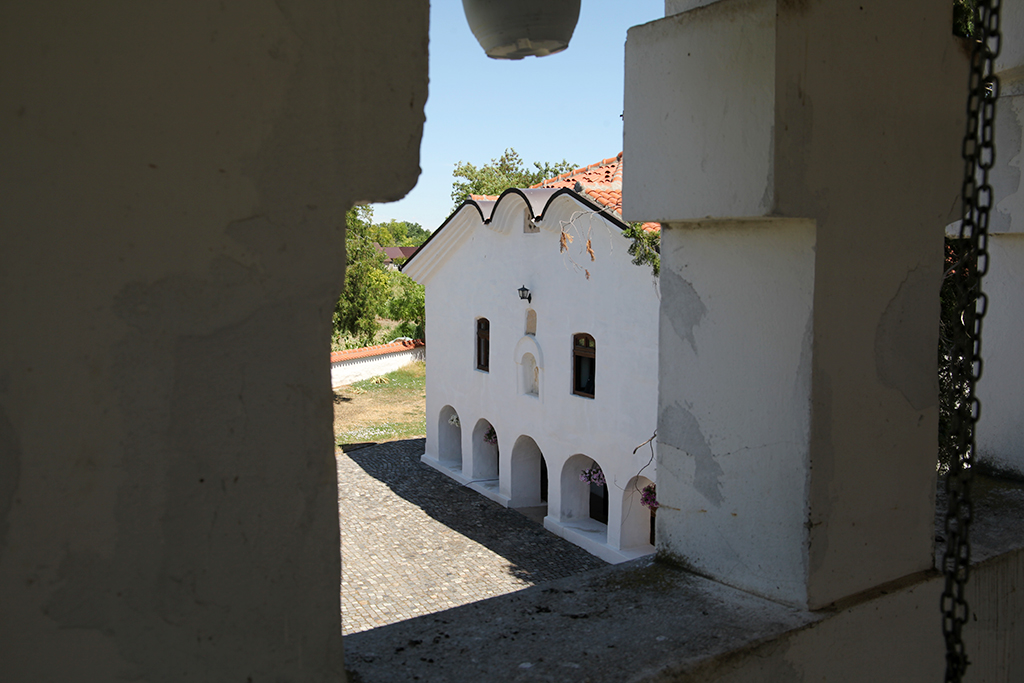 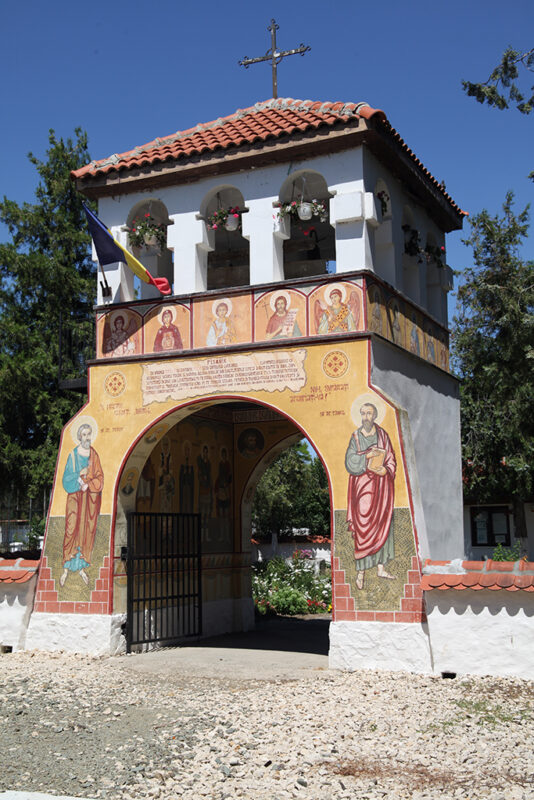 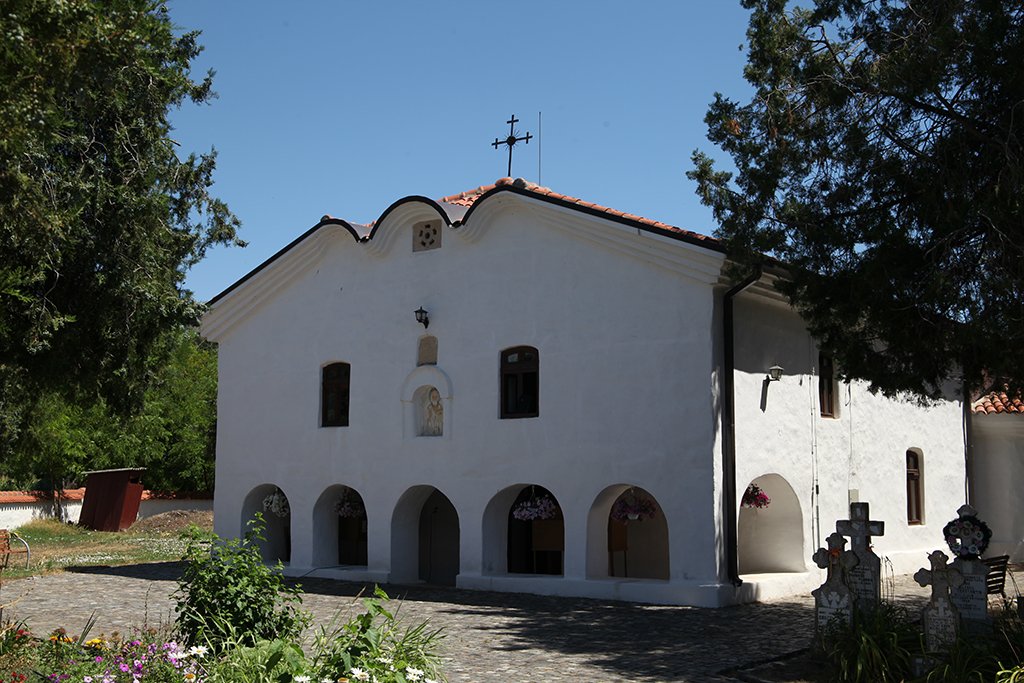 Istria commune (Caranasuf until 1924) was, until 1940, a community inhabited by Bulgarians, settled here in the second half of the 18th century. They took the initiative of building an Orthodox church. According to the rules on the territory of the Ottoman Empire, the church was built without towers and with a roof approximately 1 meter below soil level.

Without towers, meant to spread and enhance the sound, the craftsmen embedded in the walls 52 Greek amphorae, discovered in the ancient port of Histria. The church’s ceiling is supported by six oak trunks, with the ends being supported on the crowns of some Greek columns also brought over from Histria fortress.

The church’s walls don’t have any painting, they’re just painted in white. The iconostasis is made out of oak wood and decorated with images painted by Stefan Zahariec, a painter of Bulgarian origins renowned in the Ottoman Empire in the second half of the 19th century. Stefan Zahariev also signed the two frescos displayed on the church’s facade and on the frontal wall of the altar.

The walls are approximately 90 cm thick. The church is built in the shape of a cross, with the facade in the Turkish Oriental style, with three arches. The principal facade facing the West is in the Oriental style, with five low arches at ground level, towards the veranda, and three semicircles on the cornice line of the roof. Between the two architectural elements, two windows are symmetrically cut into the facade, in order to illuminate the veranda. In the wall’s axis there is the image of Saint Nicolae and the inscription written in the Slavic language.

One may enter the church not by going over the steps, but by going down under the central arch of the facade into the open veranda. In the church yard there are 25 crosses of the commune’s heroes, killed during the Second World War. 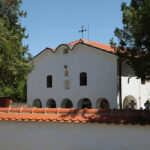 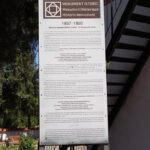 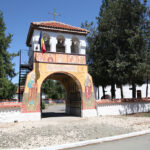 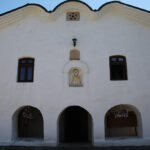 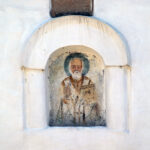 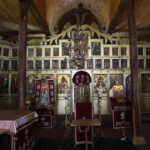 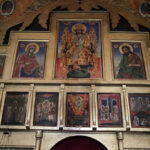 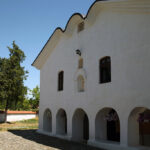 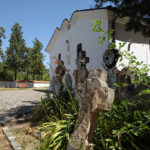 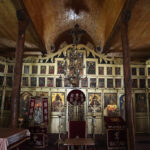 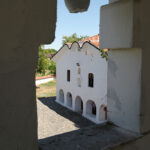 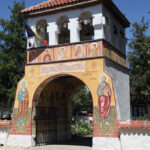 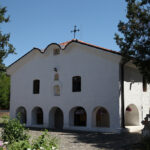