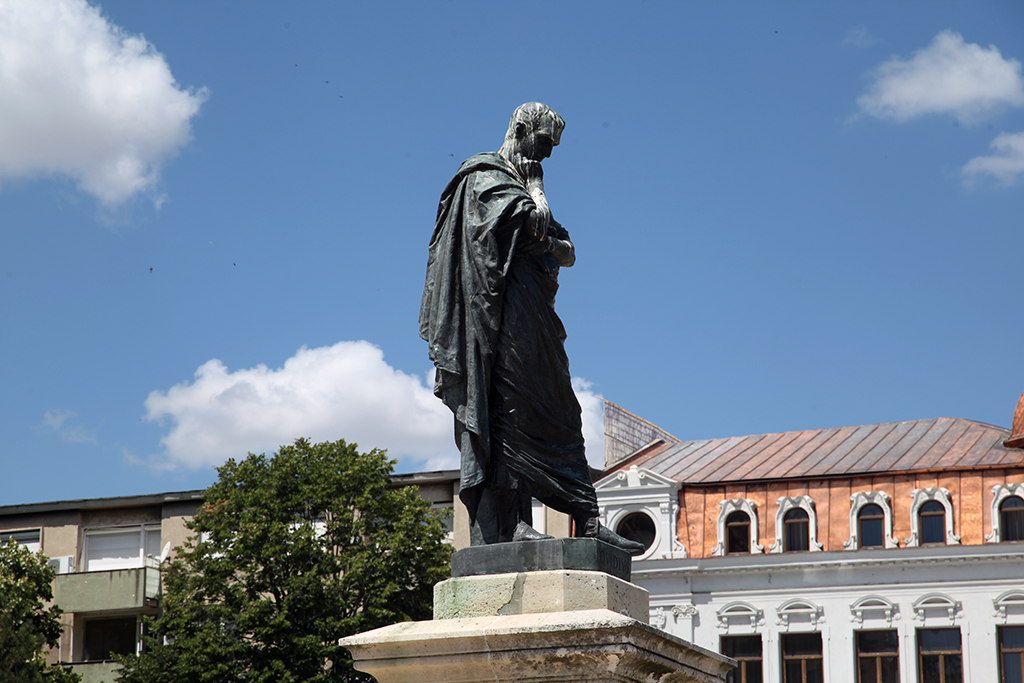 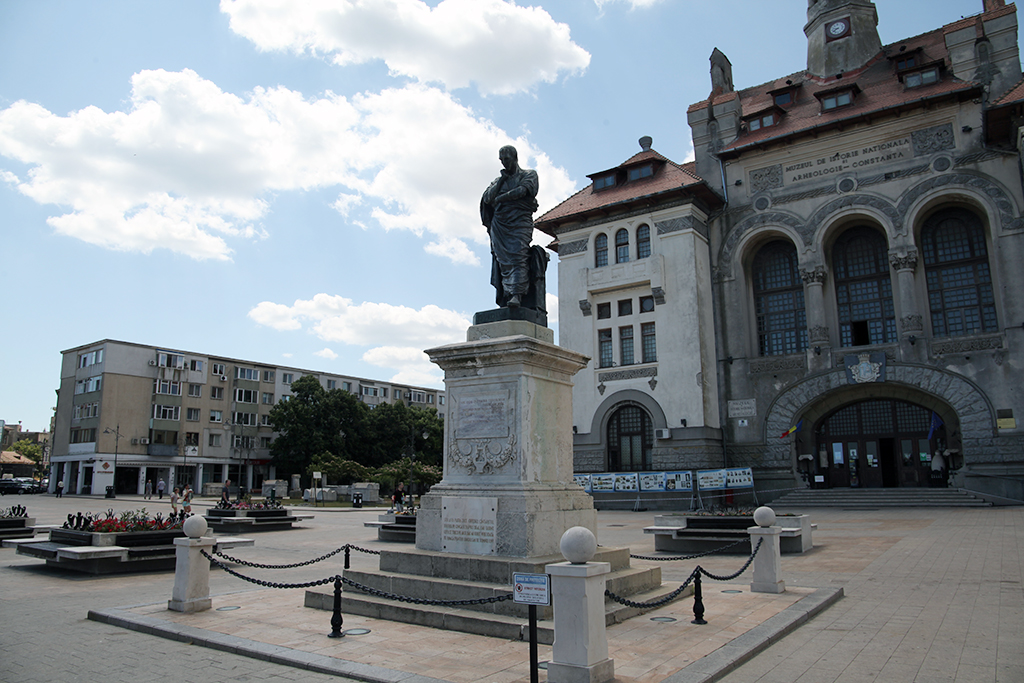 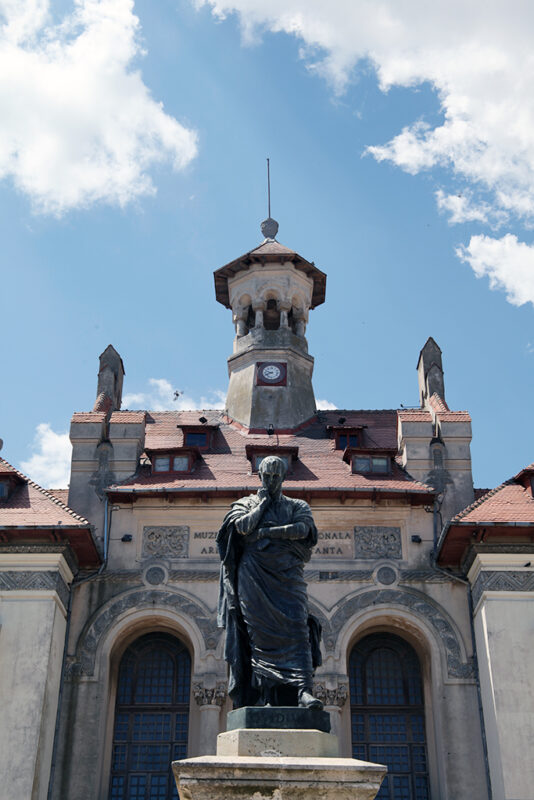 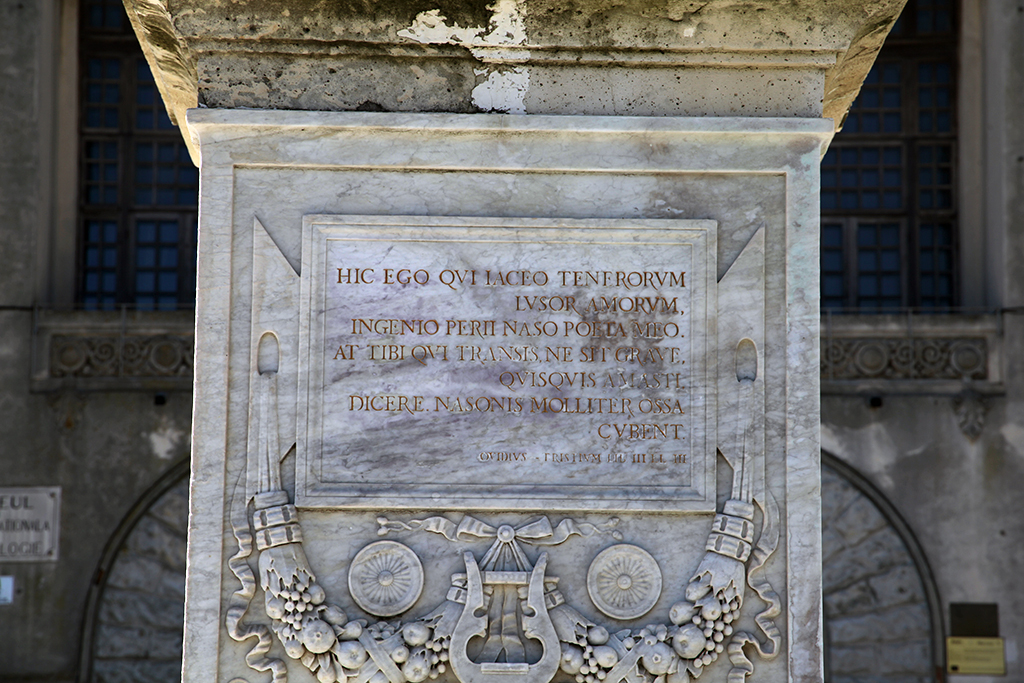 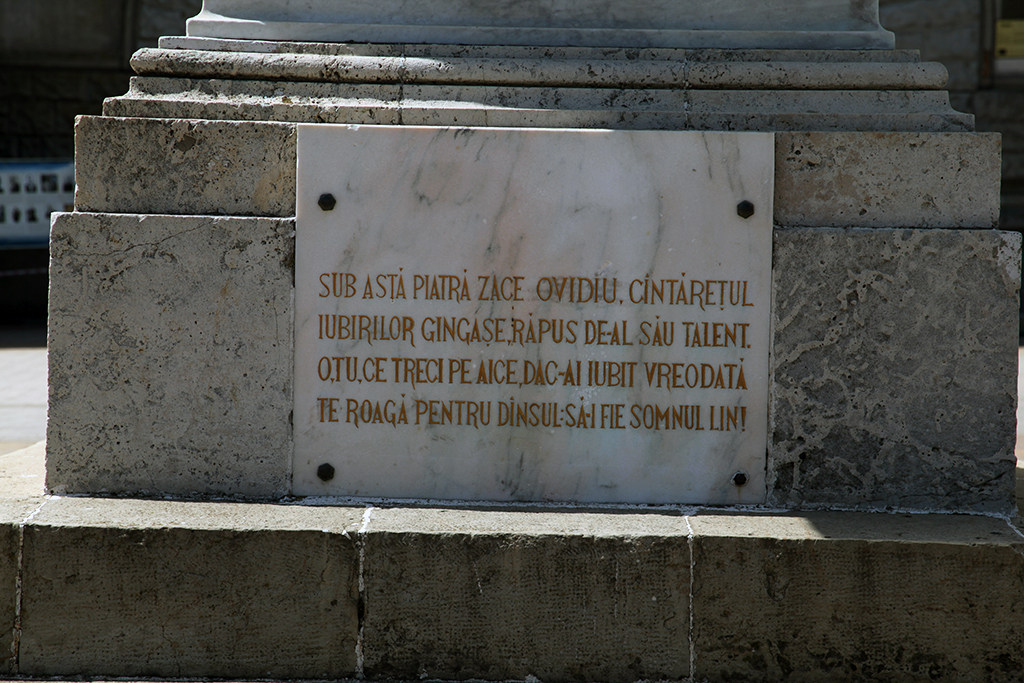 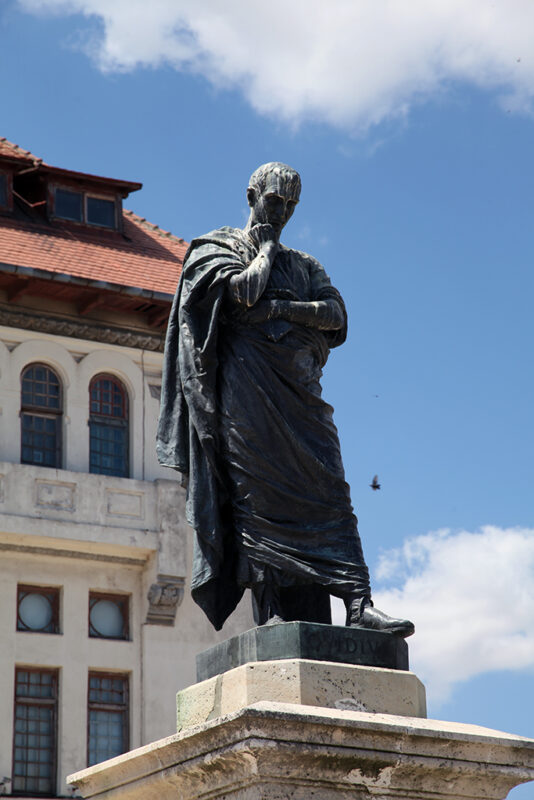 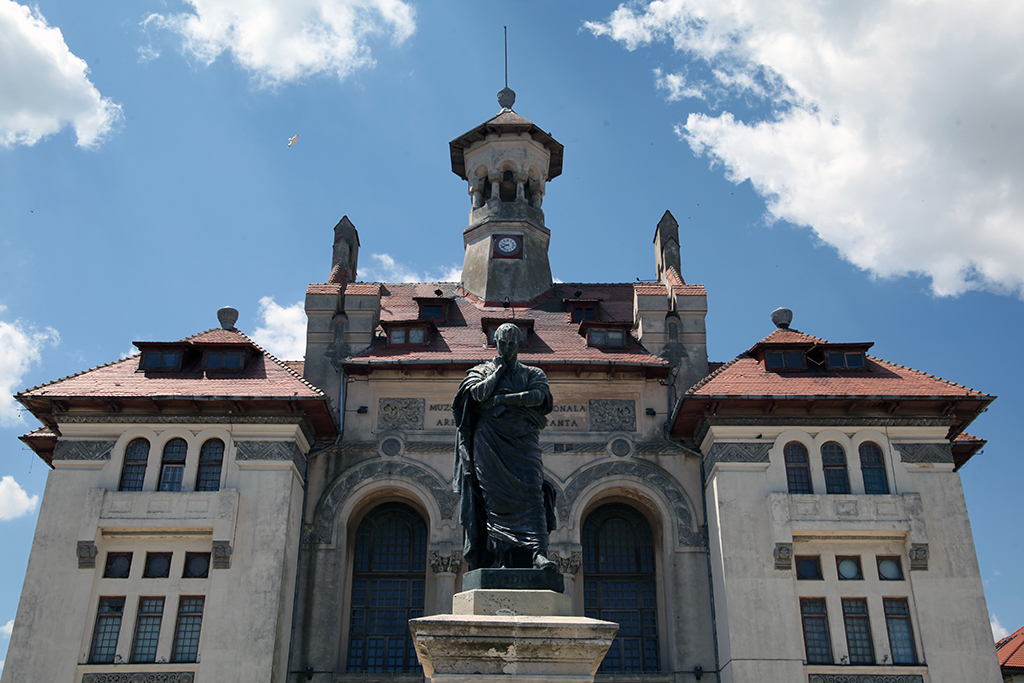 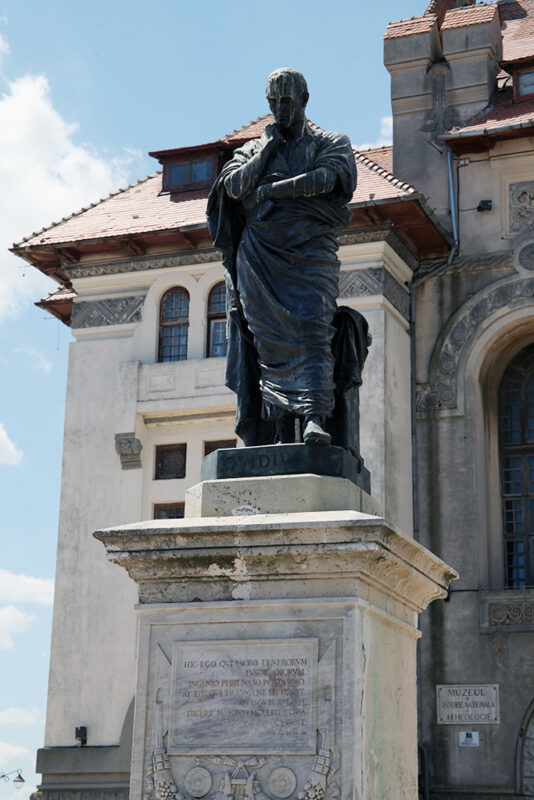 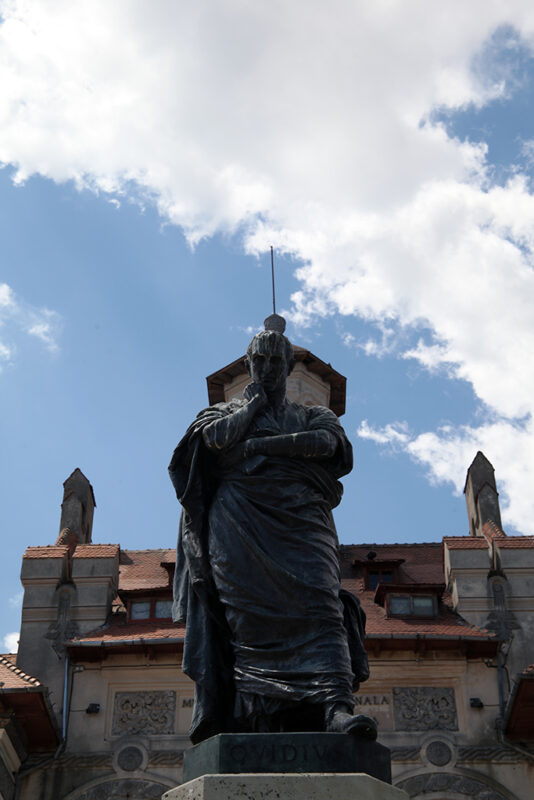 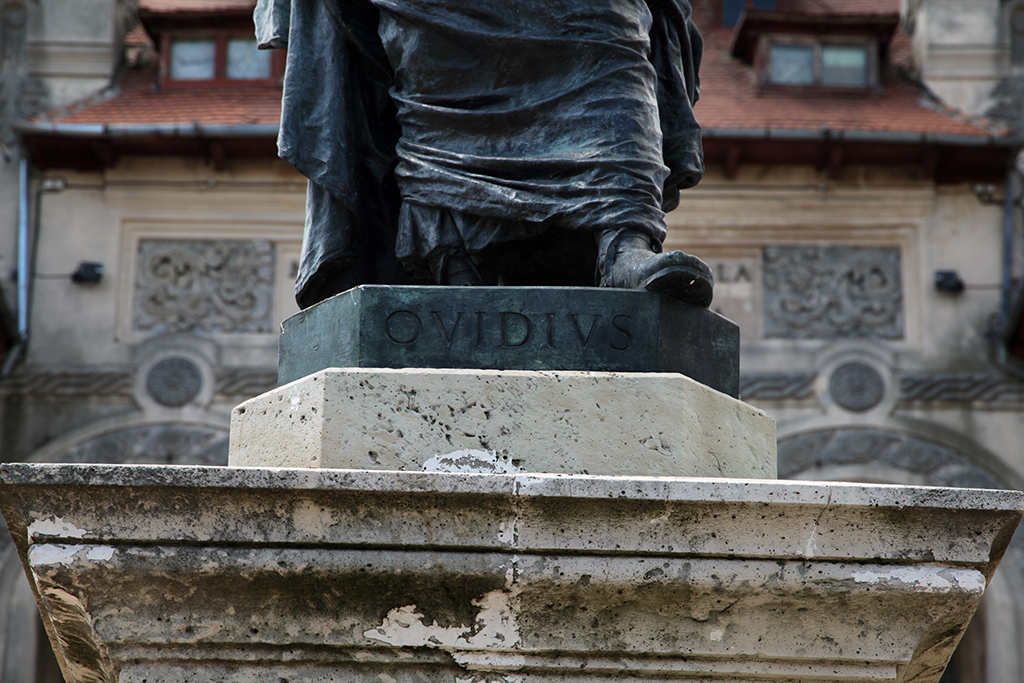 The bronze bust made in 1887 portrays one of the most famous poets of the Roman Empire, Ovidius Publius Naso (43 B.C.-17 A.D.). Ovidiu was exiled in the year 8 A.D. to the old fortress of Tomis, the ancient city that will, eventually, become Constanța.

The statue is one of the oldest art monuments of the public forum of the city and can be considered an emblem of the city, similar to the Casino.

The work was commissioned by the Romanian authorities in the first decade after the War of Independence, which also led to Dobrogea becoming a part of Romania. The roman poet’s figure, who evoked the life in Ancient Tomis, was used as an argument for the Romanization of the Dobrogea territory.

Initially located in the North, it was necessary for the work to be moved to it’s actual position in 1921, as a result of the construction works of the current National History and Archeology Museum (at the time, the City Hall’s Palace). During the First World War, when Dobrogea was occupied for two years (1916-1918), the bust of Ovidius was knocked off it’s socle by the Bulgarian troops. Little did it take for the statue to be taken as a war spoil. Thankfully, a German official intervened just in time, stopping the process and deciding for the statue to be put back up  on a temporary, wooden socle.

In the natal city of Ovidiu, Sulmona, a replica of this statue was placed down in 1925.

Ettore Ferrari (1854-1929) was a sculptor of Italian origins who also created other artworks dedicated to great personalities of history such as the one dedicated to Abraham Lincoln in New York, the monument of Garibaldi in Rovigo, Italy, or the statue of Giordano Bruno in Rome, etc. 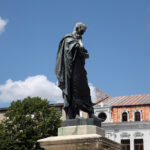 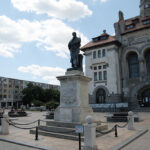 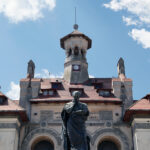 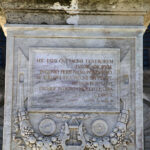 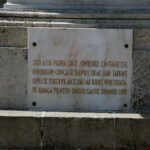 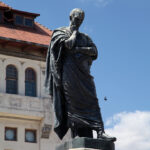 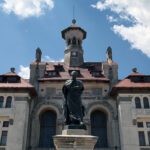 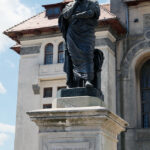 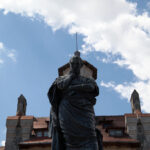 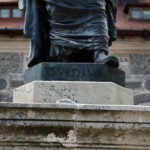