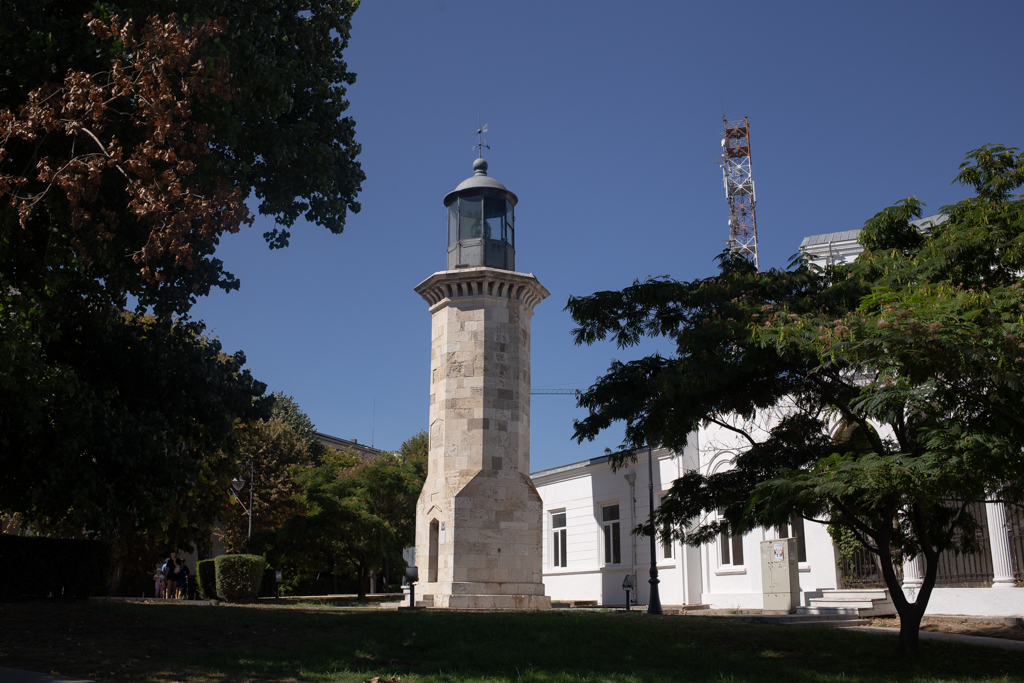 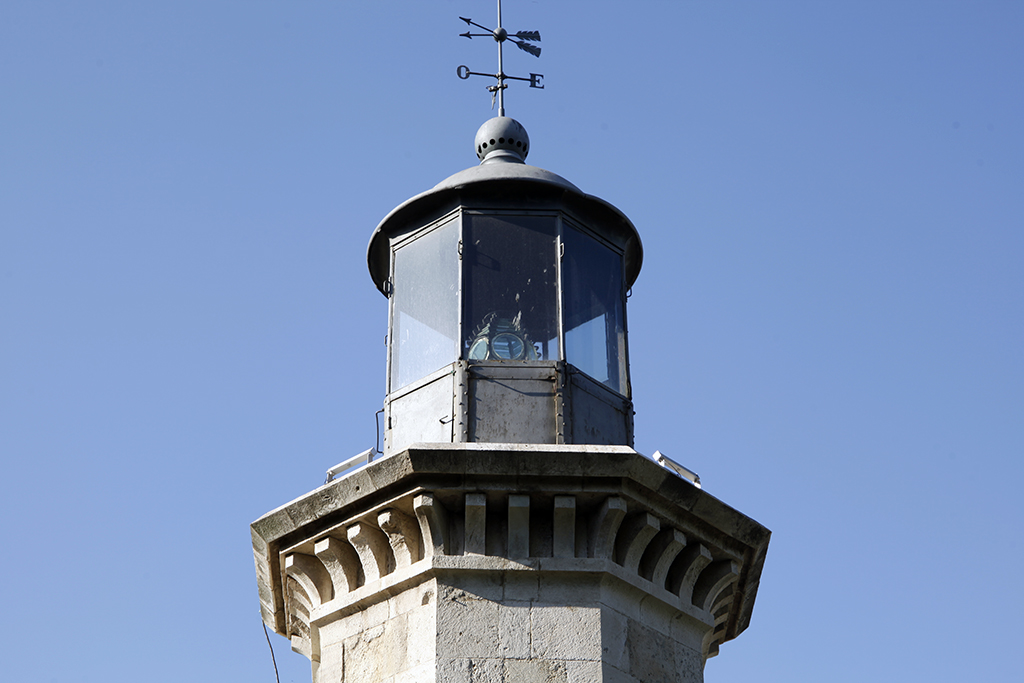 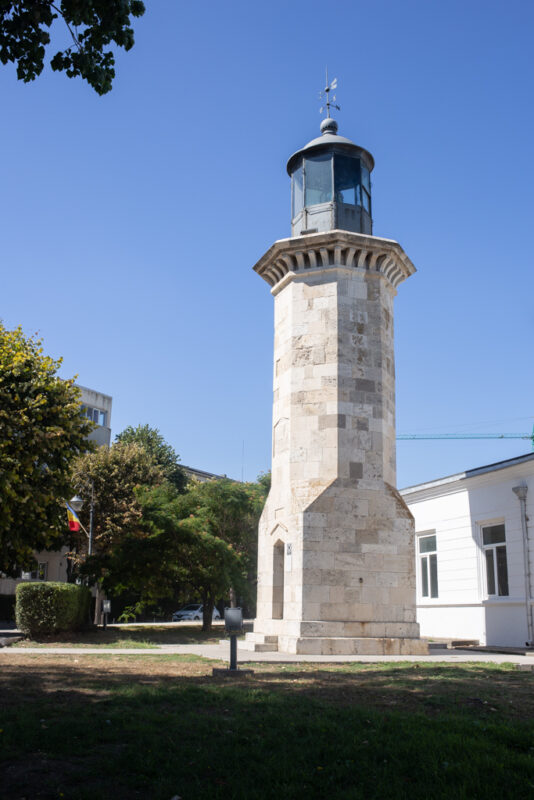 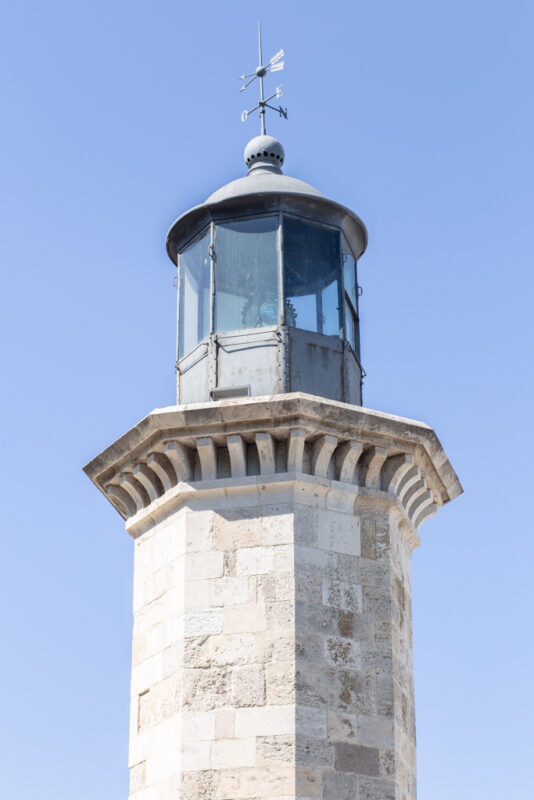 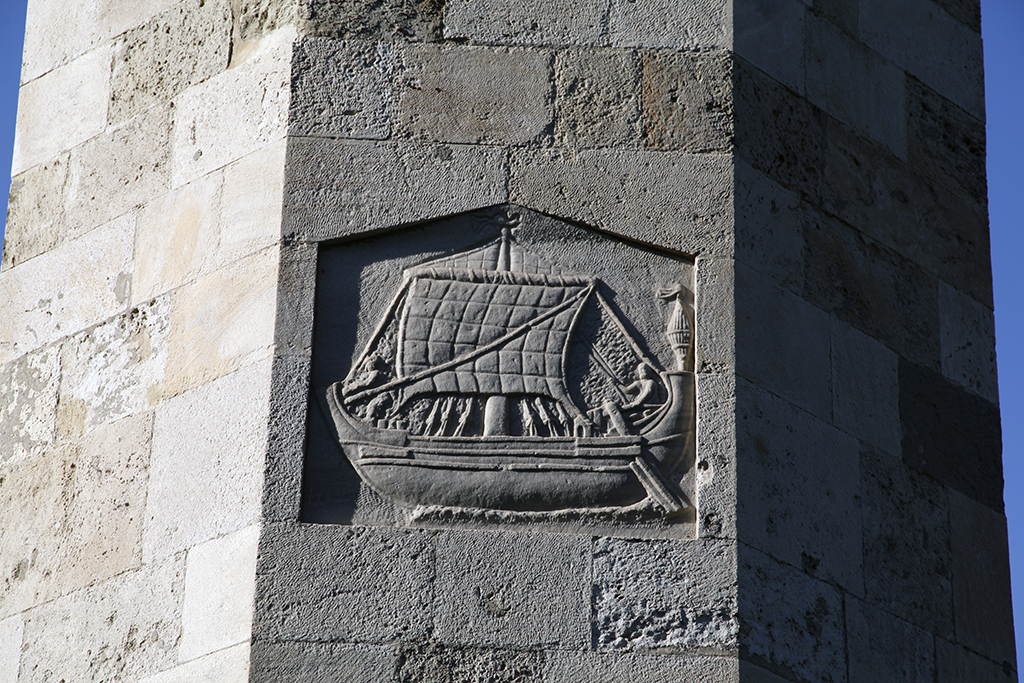 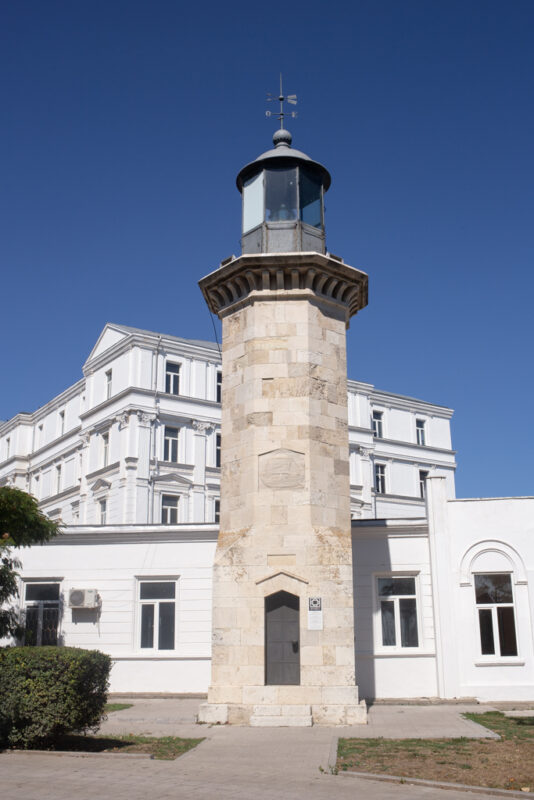 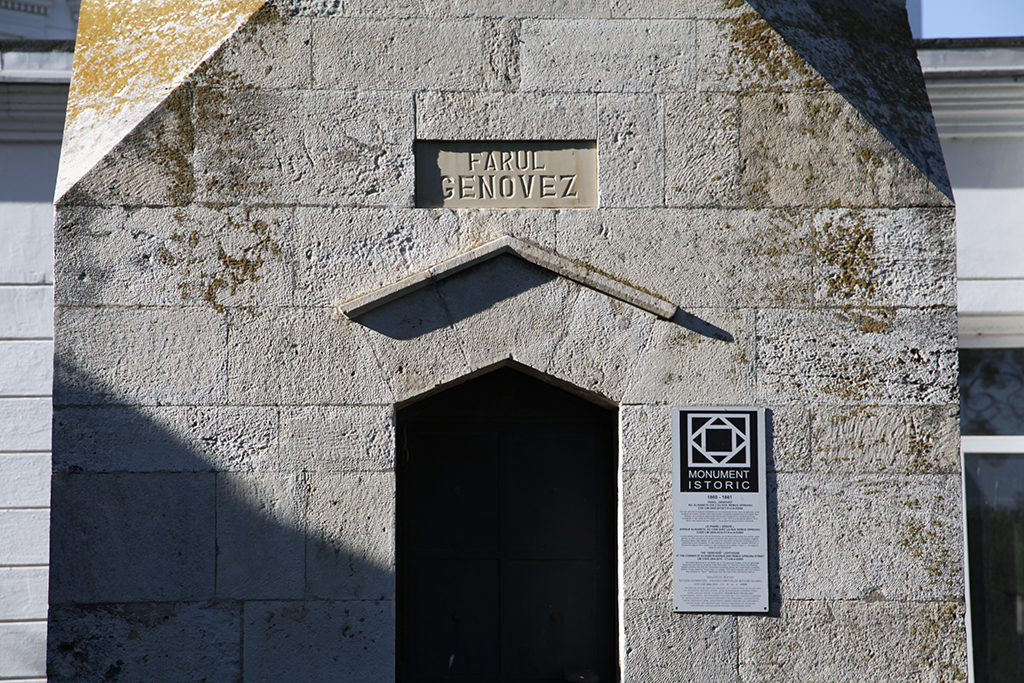 The Genovese Lighthouse, built in the ottoman Kustendje in the middle of the 19th century, by the british company Danube & Black Sea Railway and Kustandje Harbour Limited, having the french engineer of armenian origins called Artin Asian as a head of works, can tell the story of a fascinating Constanța, exhausted and, in equal measure, by the dozens of nationalities that stepped on the Tomis shore.

When the ottomans haven’t yet stepped on the land of old Europe, in the 13th century, genovese ships disembarked in the ancient fortress Tomis. This italian nation will dominate, for a large period of time, the basin of Pontus Euxinus (The Black Sea). Around 1300, these genovese built, out of stone, a lighthouse that was to carry their legend in Constanța all the way to the present day.

Operating for more than half a century (1860-1913), until the moment the much more modern Carol I Lighthouse was built, from the pier of the Constanța Harbor, the Genovese Lighthouse closely followed the development of the oldest city of Romania. It guarded over the Peninsula during the moments when Dobrogea gained a romanian identity, when it joined the country’s borders in 1878. It was also here when the deck between the lands of the Danube, the sea and the country was created, when the Cernavodă bridge was built.

Even more, it can accurately tell the story of the Casino on the cliff, when, in the dark knights of the years 1909 and 1910, it illuminated the building of the fresh architectonic jewel of Constanța. Three years after the inauguration of thai building, the lighthouse became nonfunctional, leaving to the Casino  the honor of becoming the symbol of the largest harbor on the Black Sea.

In 1913, when the romanian soldiers took up arms during the Second Balkan War, the relay was being handed down in Constanța. Present on the sea shore, King Carol I was inaugurating, personally, the new lighthouse located at the end of the harbor’s pier. Much more effective, the Carol Lighthouse signaled good times for Constanța, and even more, it’s light was shining on the Balchik a little to the South, foretelling the Quadrilateral joining the borders of the country, after the end of the war. All the Genovese Lighthouse had left to do was enter history. 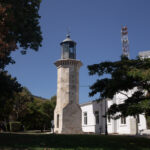 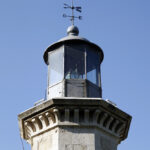 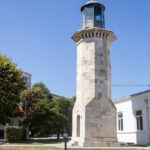 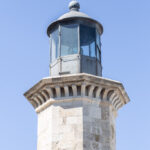 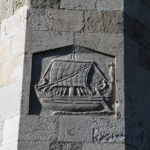 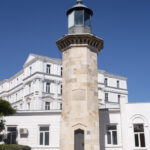 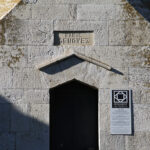