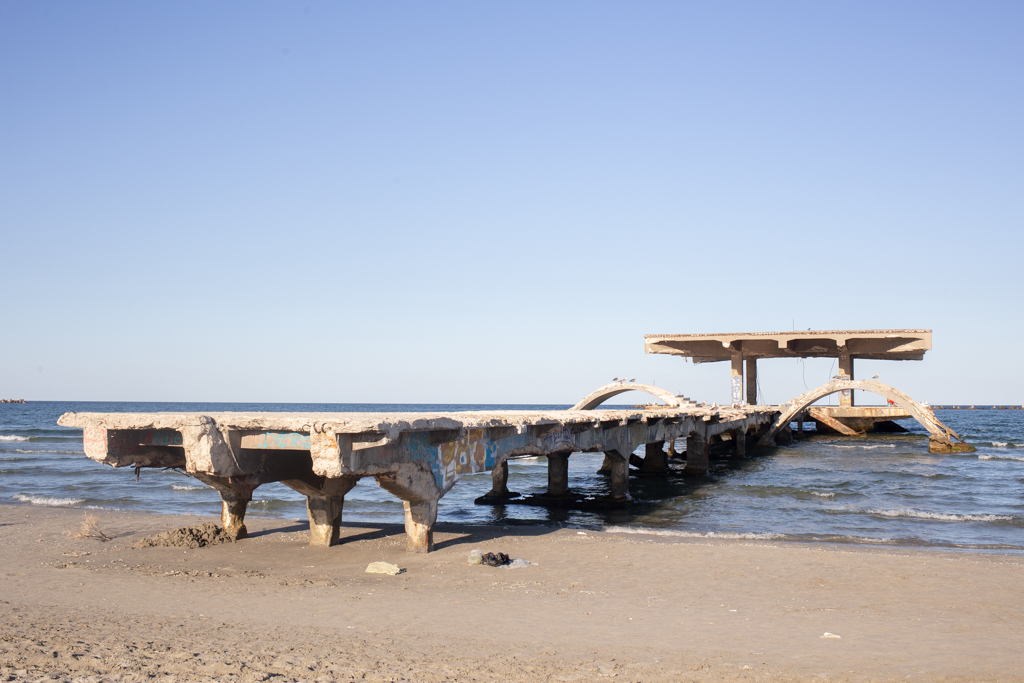 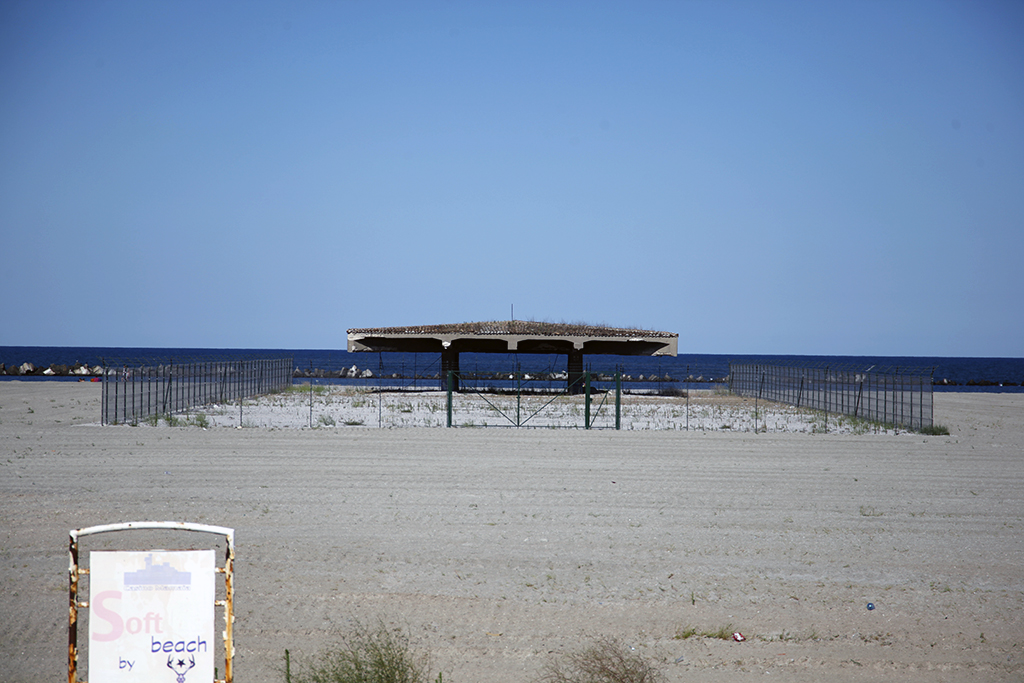 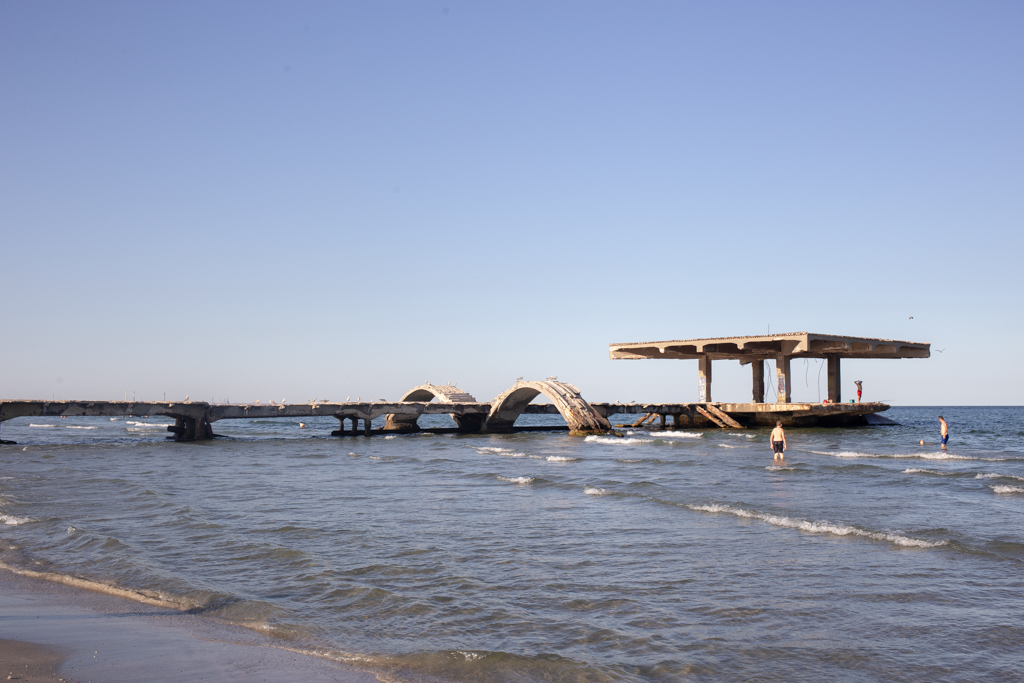 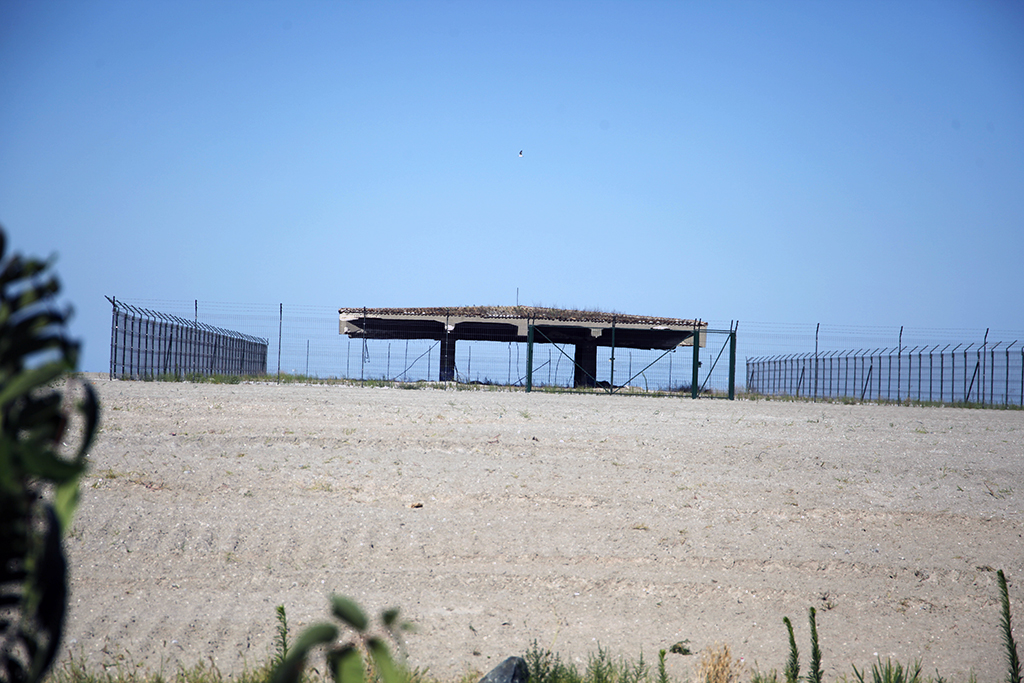 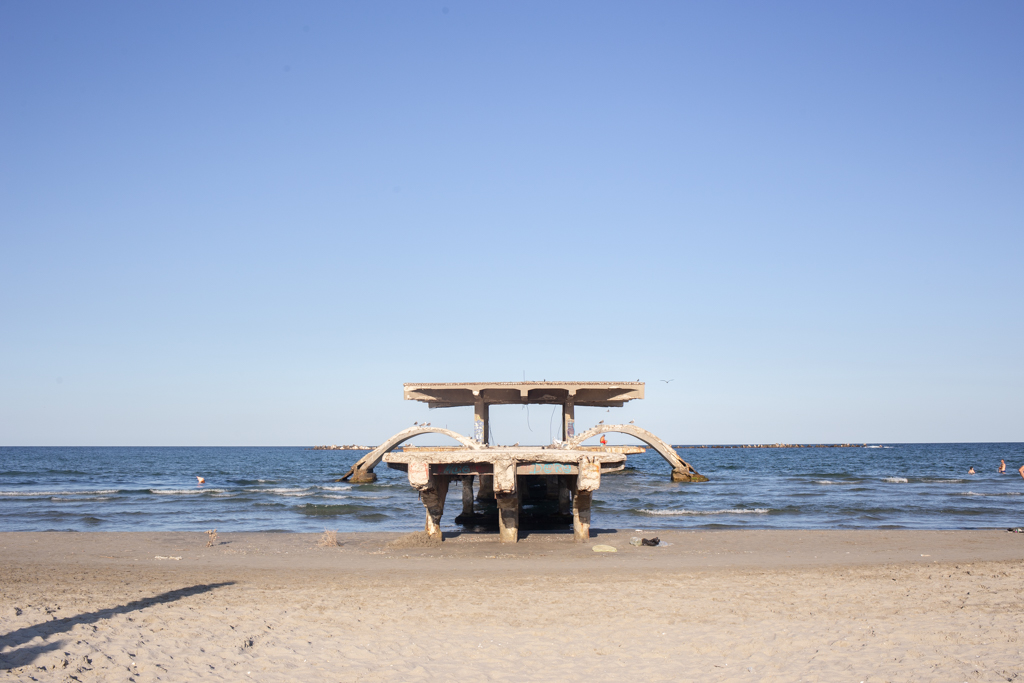 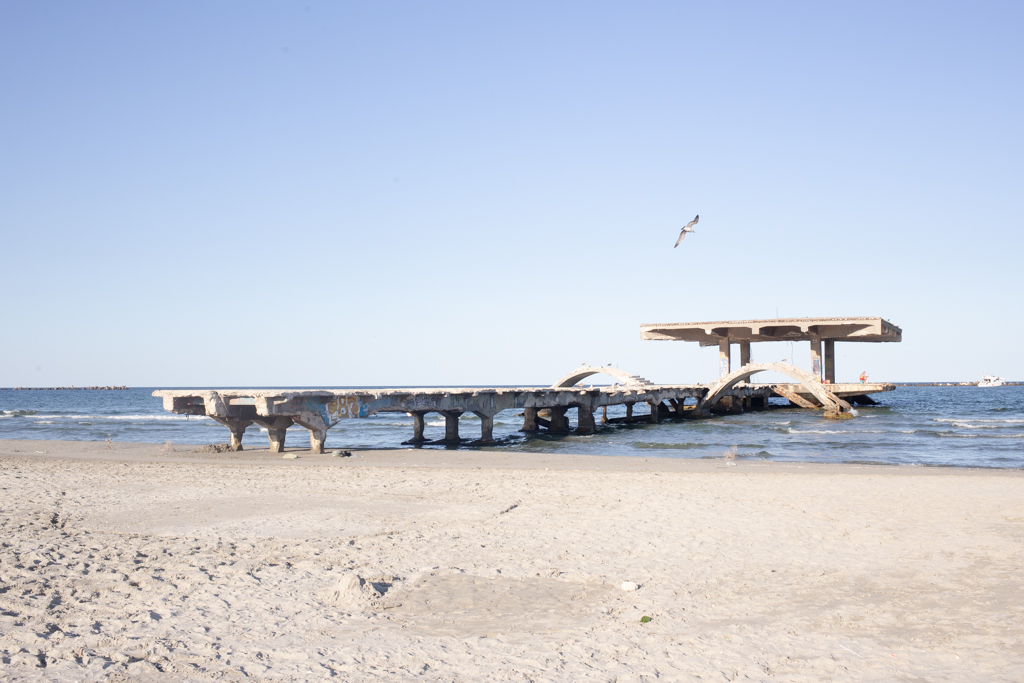 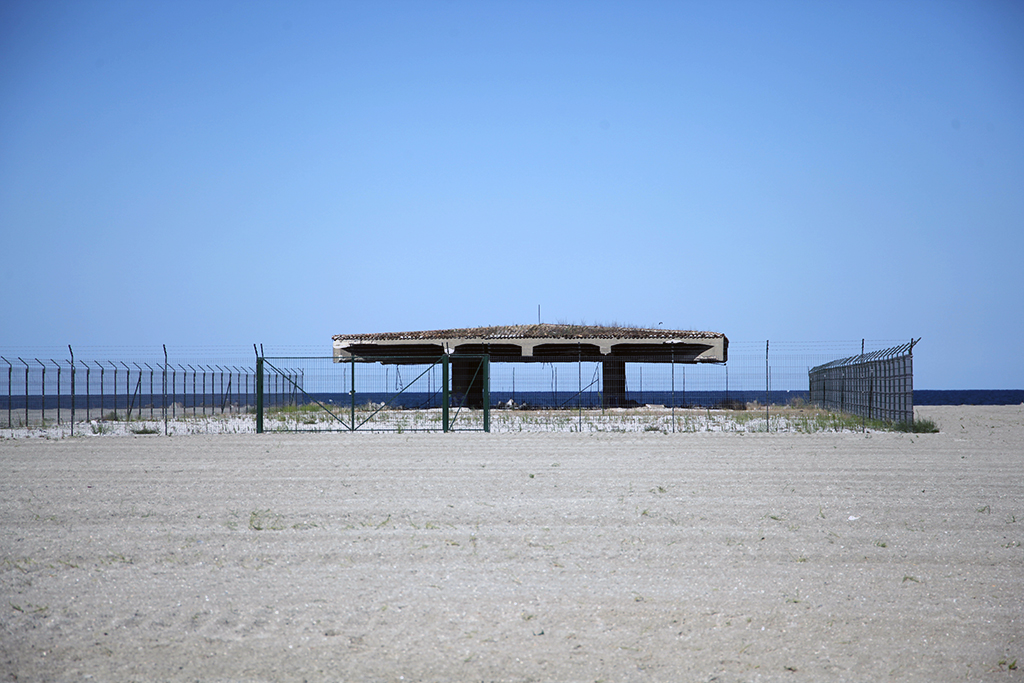 The Royal Footbridge in Mamaia is part of the Mamaia Casino ensemble, inaugurated on the 15th of August 1935, in the presence of King Carol II.

The Casino of Mamaia was built by the Constanța City Hall on the spot of the first wooden pavilion which was meant for bathhouses in 1905. The complex was designed in a modernist style, with Mediterranean elements, by architect Victor Stephanescu, the one who built the Carol I Royal Mosque and the building of the National History and Archaeology Museum of Cosntanța.

In the interwar period, the complex hosted a modern restaurant, beach cabins in the lateral buildings, a casino and a gangway that advanced into the sea, where the only maritime bar in Europa could be found.

In the 2020-2021 period, the footbridge, in an advanced state of degradation, was almost totally buried in sand, as a result of the project for the stoppage of coastal erosion which extended the beaches towards the sea. Because of this, the historic monument is not on the sea shore at this moment, but in the middle of the beach. 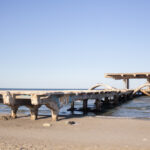 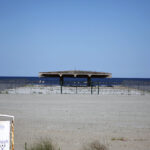 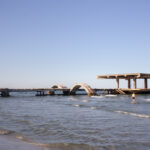 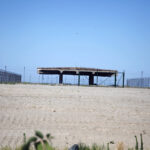 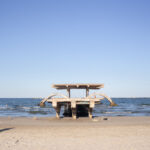 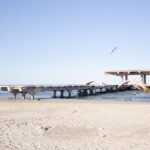 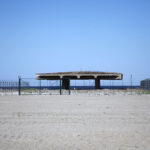