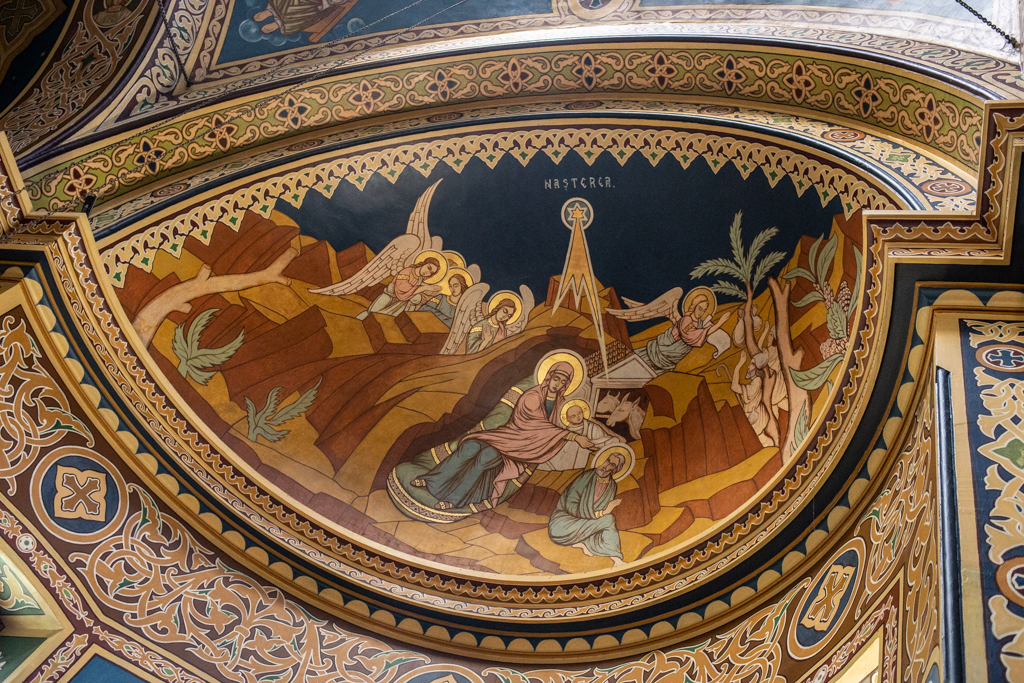 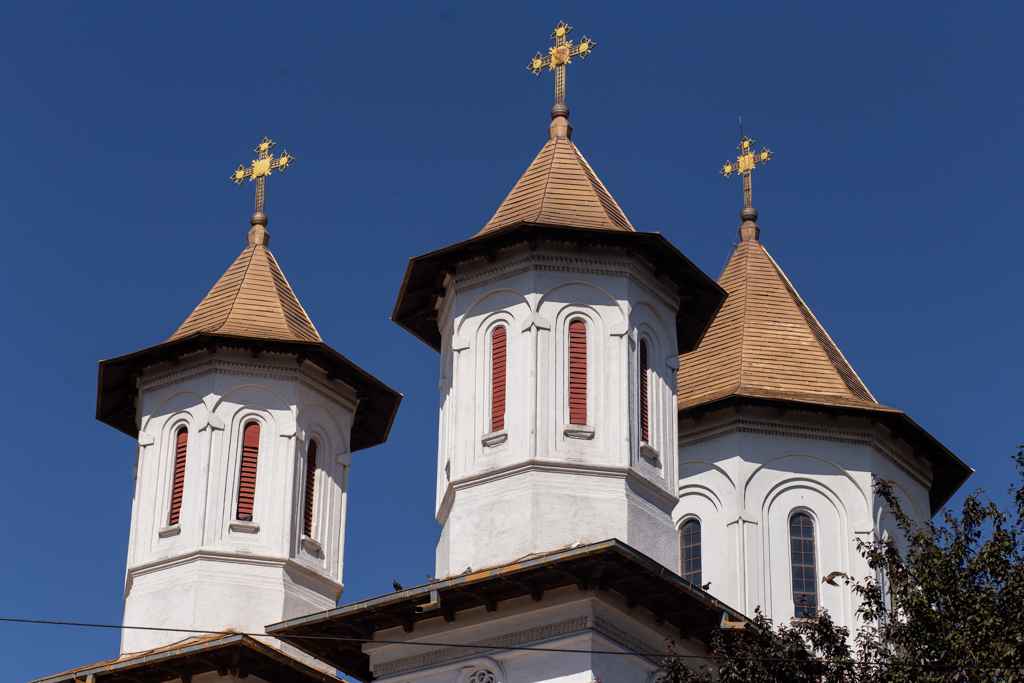 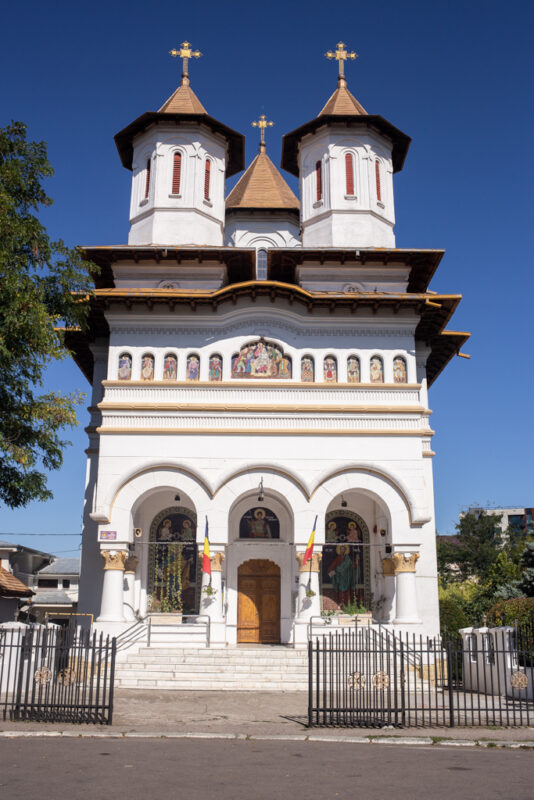 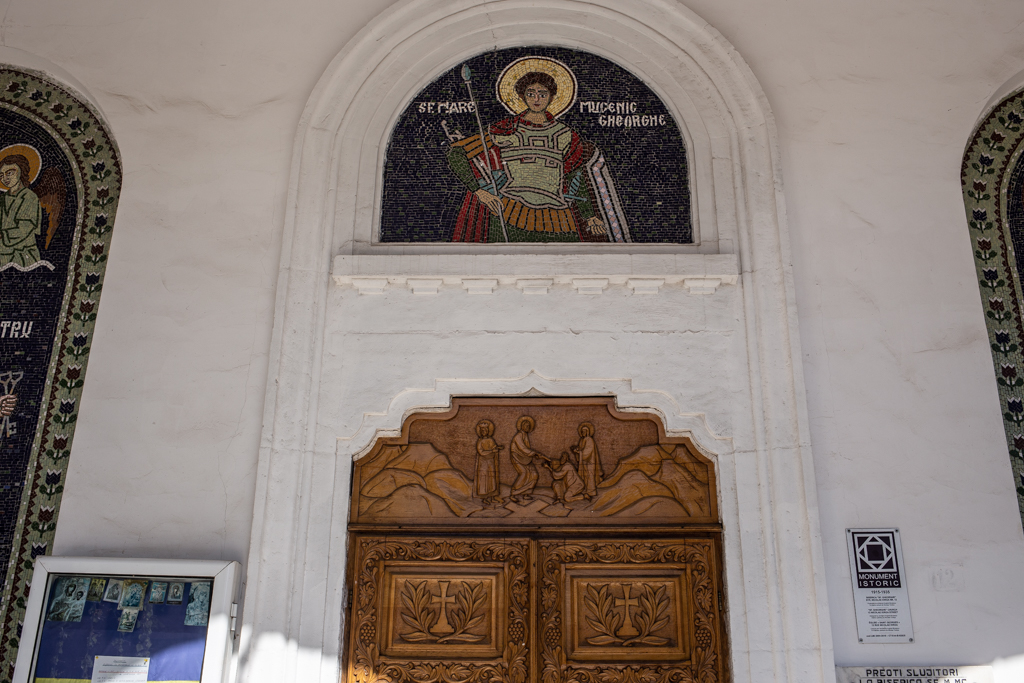 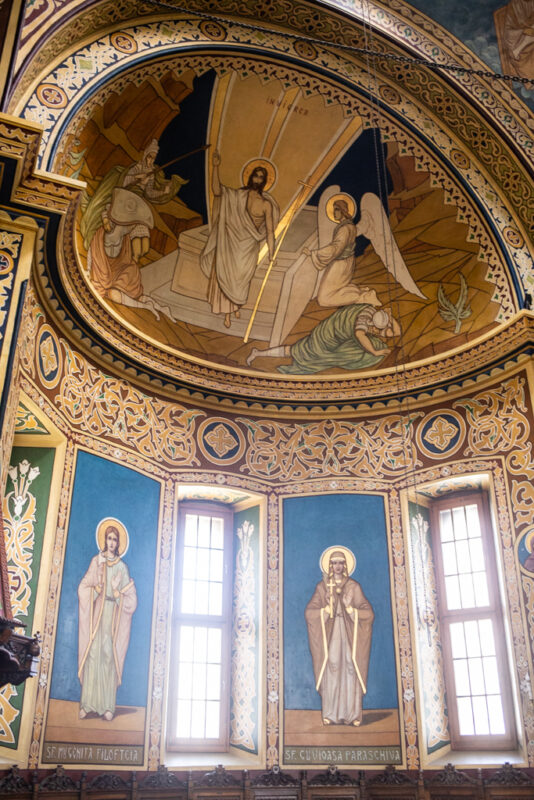 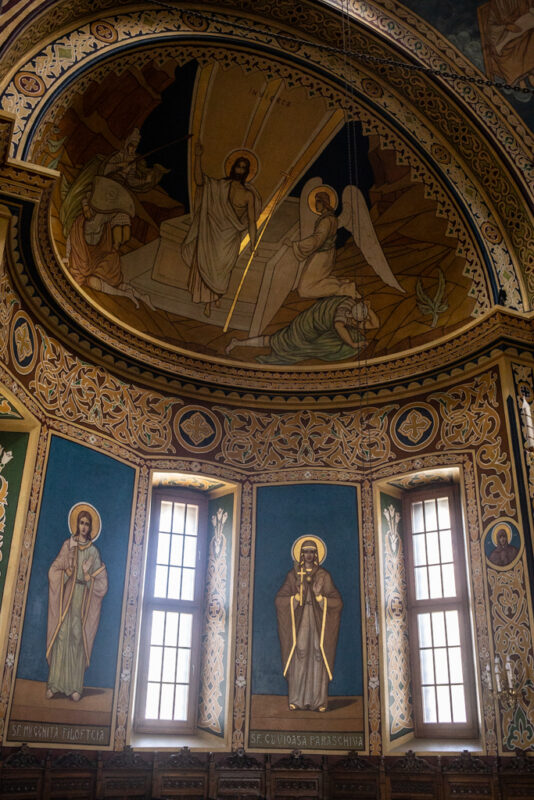 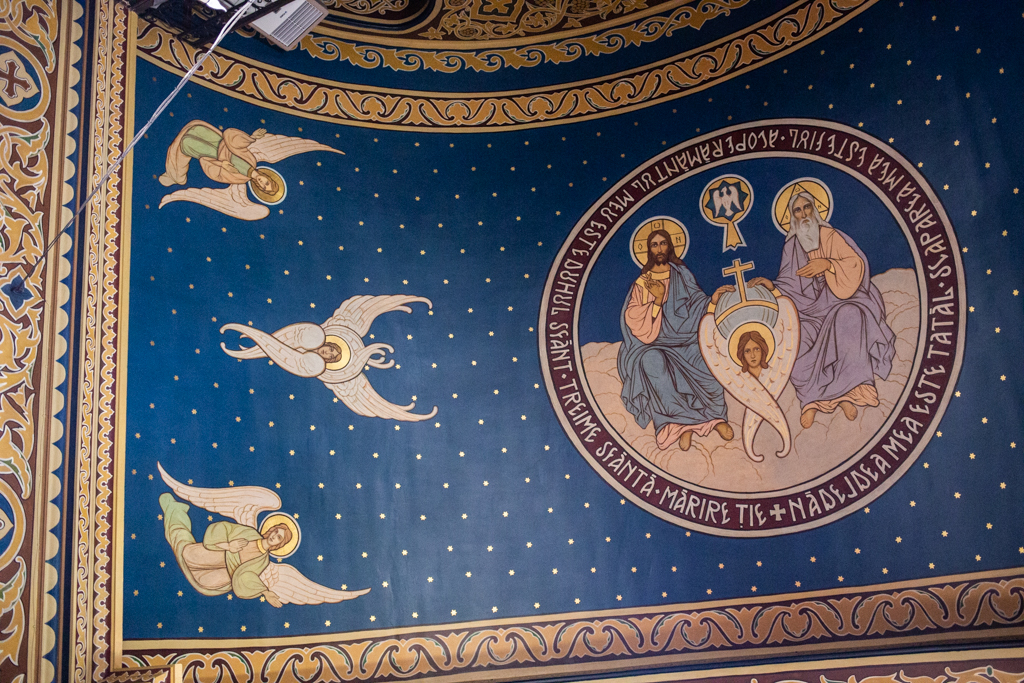 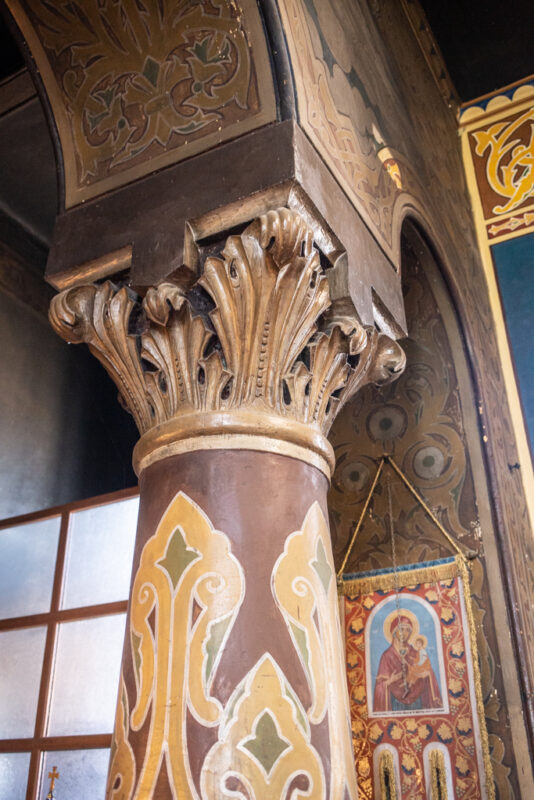 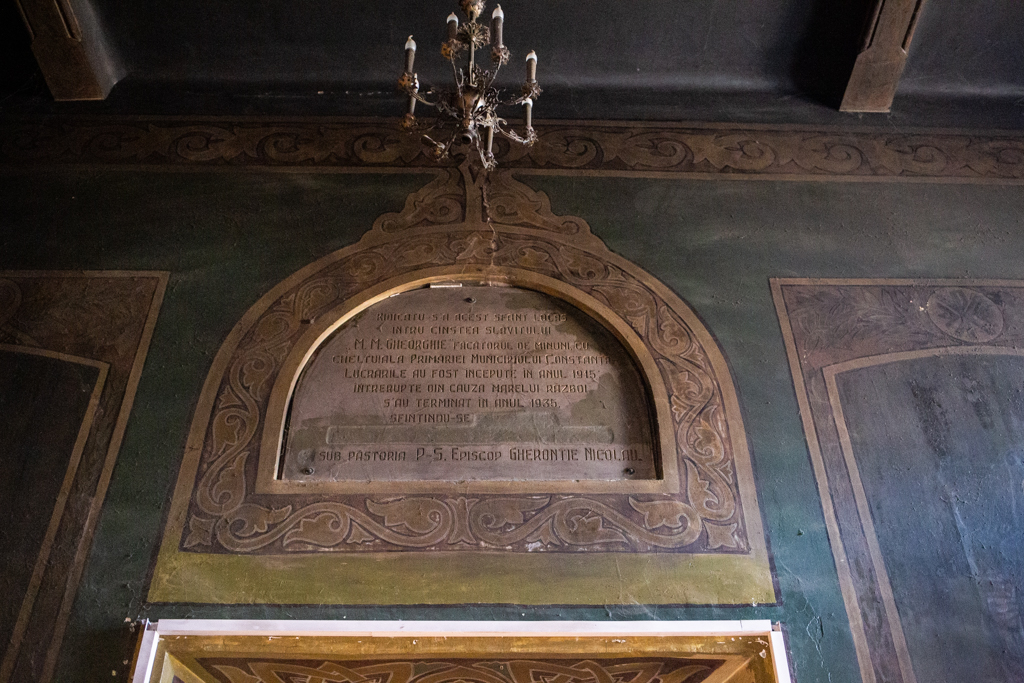 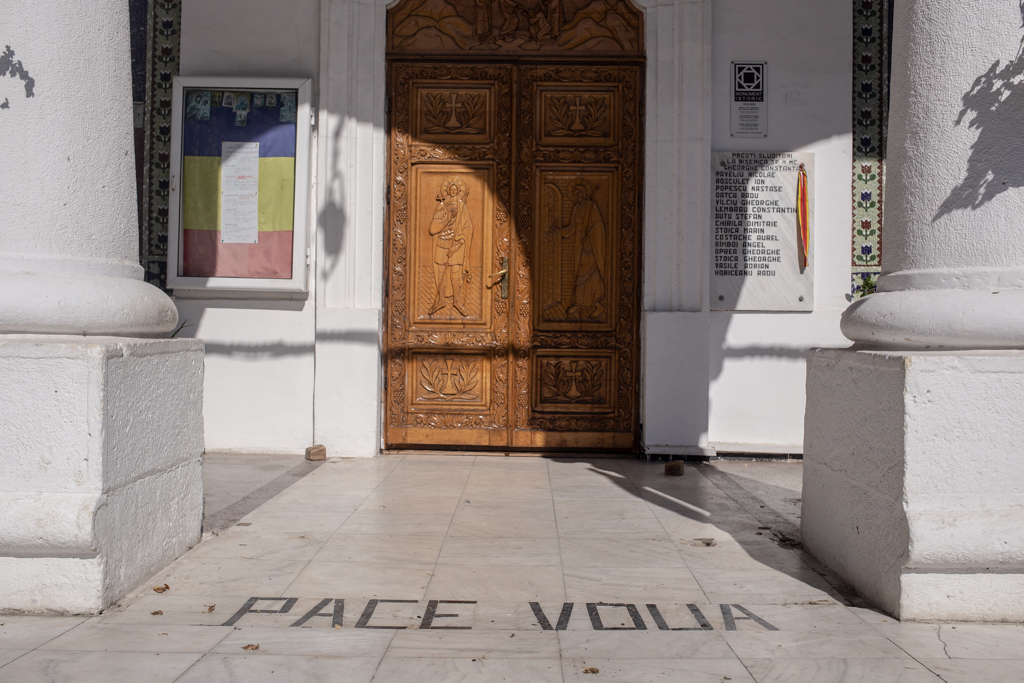 The church with the patron saint “The Great Saint Martyr Gheorghe” is the third oldest one in Constanța, the building work having been started in 1915. The increase in the number of orthodox believers in the beginning years of the 20th century made the two existing churches, the future Bishop Cathedral and the Sleep of the Mother of God Church insufficient for their spiritual needs. So it is that at the insistence of father Nicolae Paveliu, then mayor of Constanța, Virgil Andronescu, took all the administrative and financial steps for the construction of a new church, in the so called romanian neighborhood at the time.

With the Town Hall taking on the construction fees, on the 13th of September 1915 the stepping stone of the new place of worship was placed down, the blessing ceremony being officiated by his Holy Grace Nifon himself, bishop of the Lower Danube. The entrepreneur that commissioned the work was Aristide Iacob. The works advanced quickly, in the spring of the year 1916,coming all the way to the cornice level, but without the roof. The project was halted when Romania entered the First World War. Under the German and bulgarian occupation that ensued in Dobrogea, the unfinished church was transformed into a stable or a laundry, and the scaffolding was destroyed.

At the end of the war, even if the edifice wasn’t finished, it became the church of a new parish. In 1919 however, the old builder terminated the contract because of the high costs of the construction materials, and for this reason the parish priest and a church committee began gathering the funds necessary for the construction to continue and to arrange the church, at least provisionally. Only in 1922, when Virgil Andronescu became mayor of Constanța once again, the construction works started again, the building being finished in 1923, but without being painted. Only in 1931, the city hall organized a contest for painting the church, won by Nicolae Tonitza, helped by Constantin Băcălu și Jean Buiuc.

A contestation did however delay the start of the work, for which reason Tonitza directly addressed Nicolae Iorga, president of the Council of Ministers, whose resolution was clear, for the painting to be done by Nicolae Tonitza. Later on, delays of the payment for the works determined Tonitza to terminate the contract and to leave the site, in October of 1932, when he still had to do two paintings of readers at the entrance, the carafes and several retouches. Only in August of 1935 was a contract signed with another painter, Marincea Stănescu, to finish the work. The painting, in a neobyzantine style, was restored in the years 1956-1957. 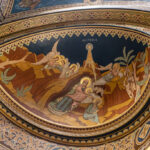 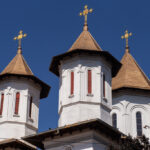 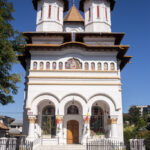 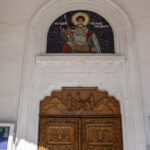 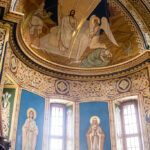 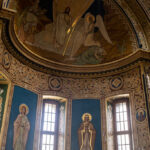 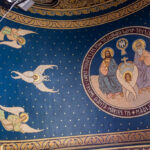 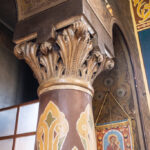 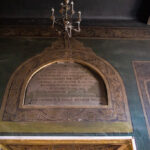 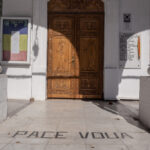