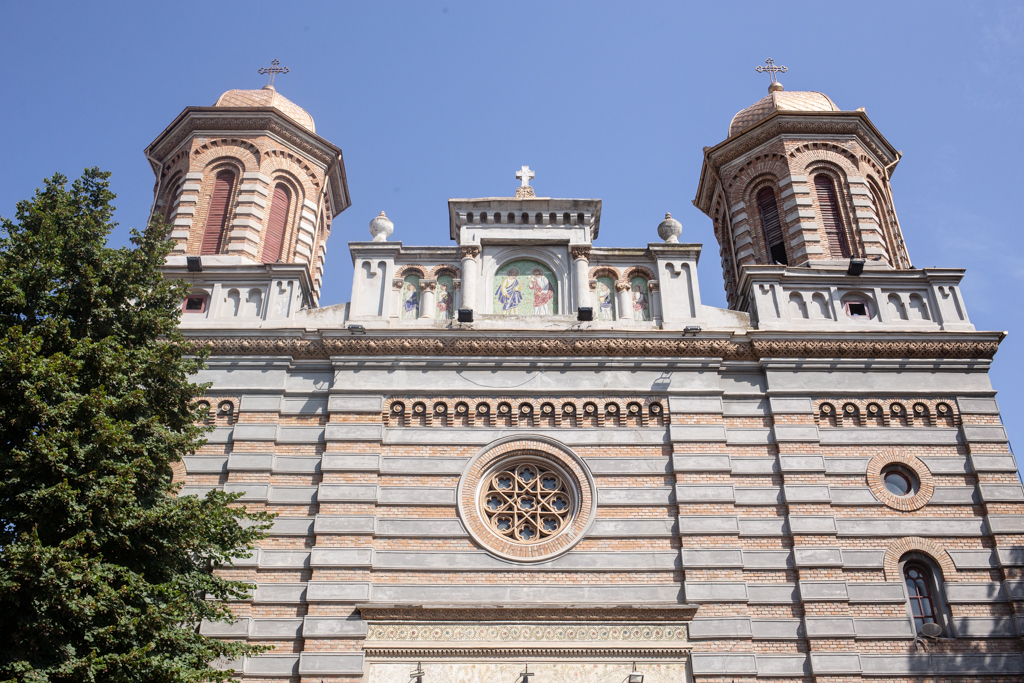 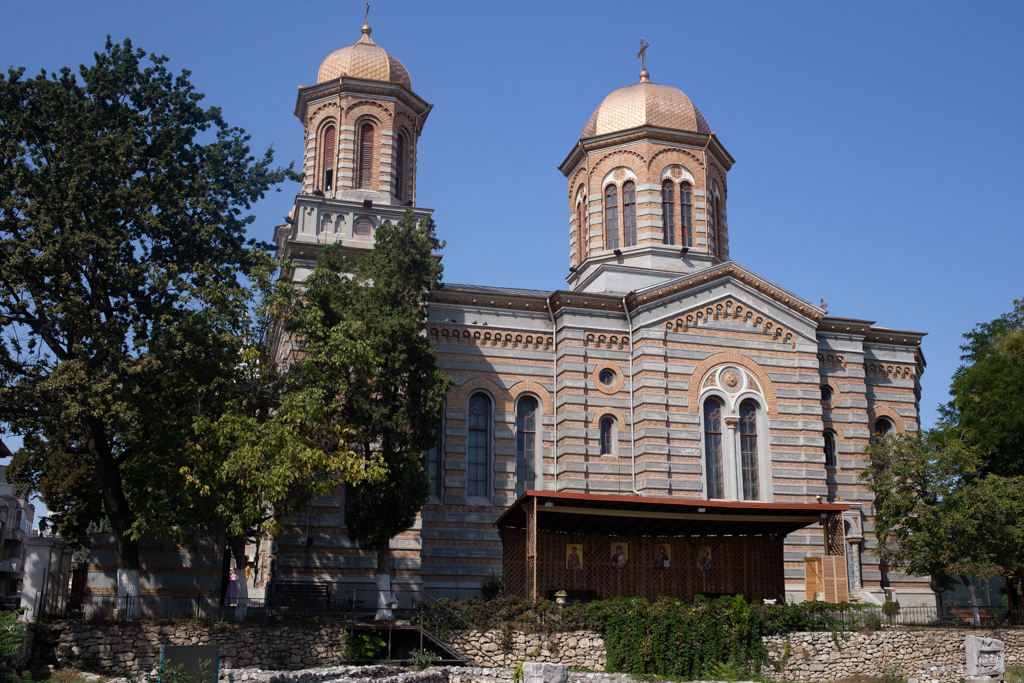 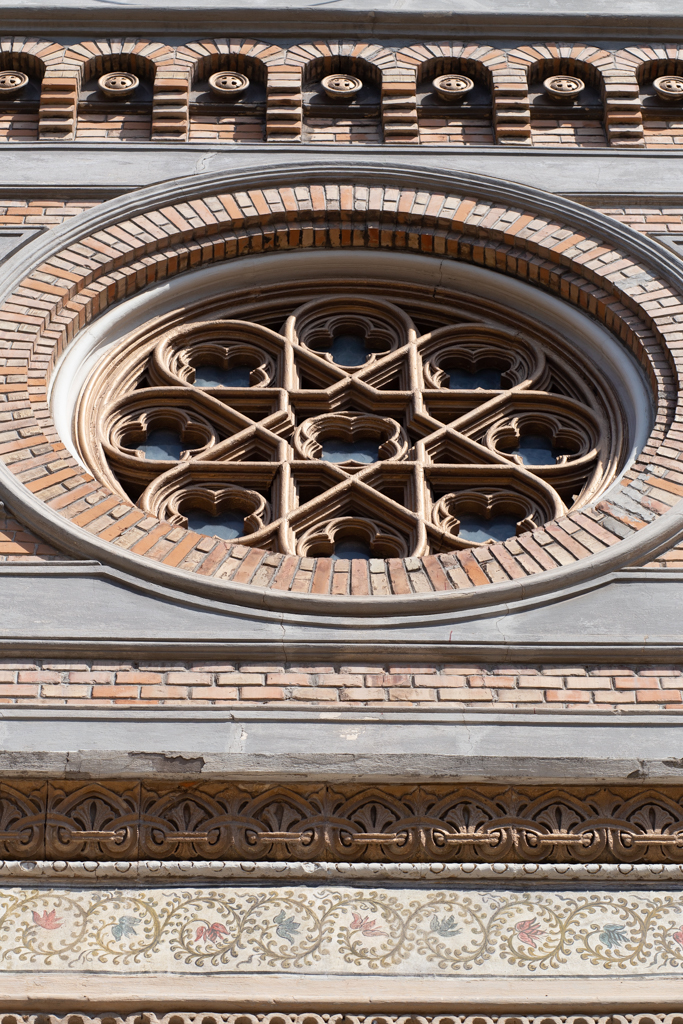 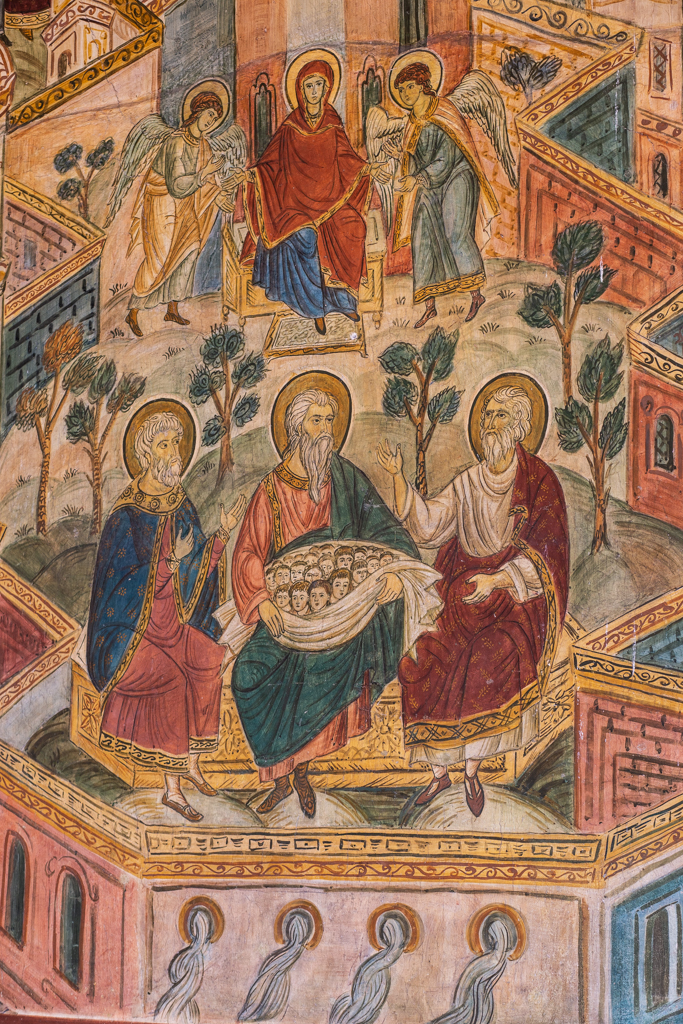 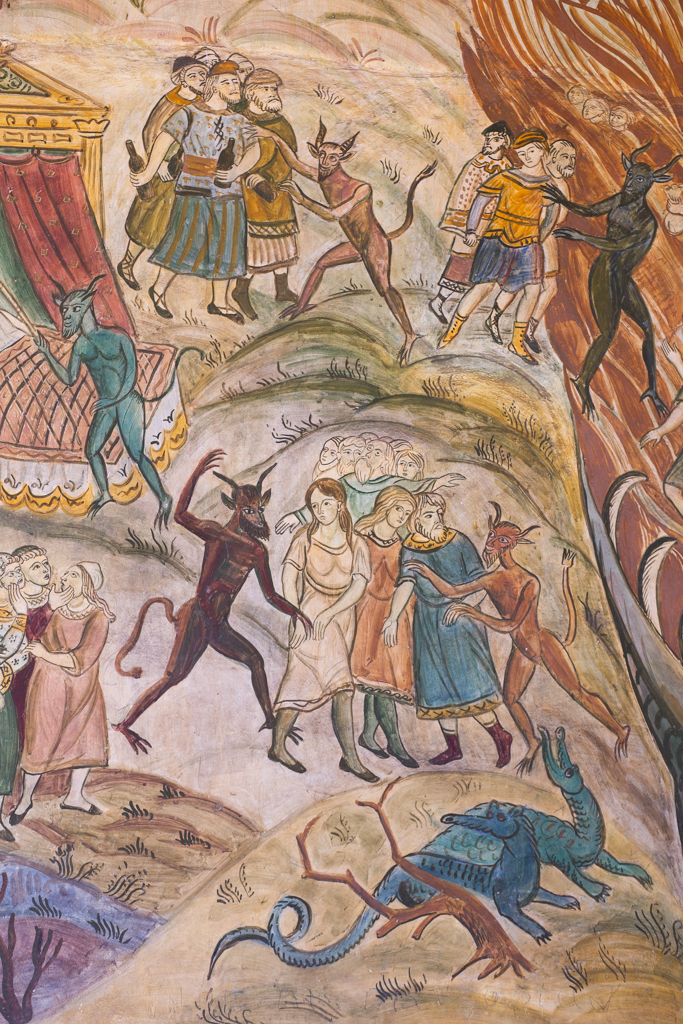 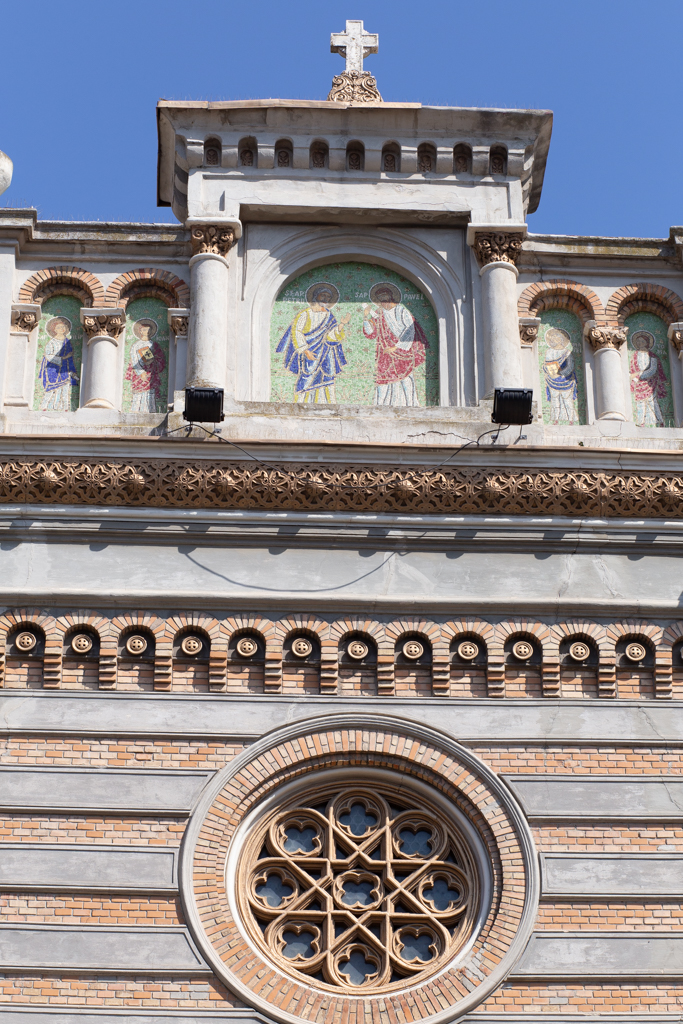 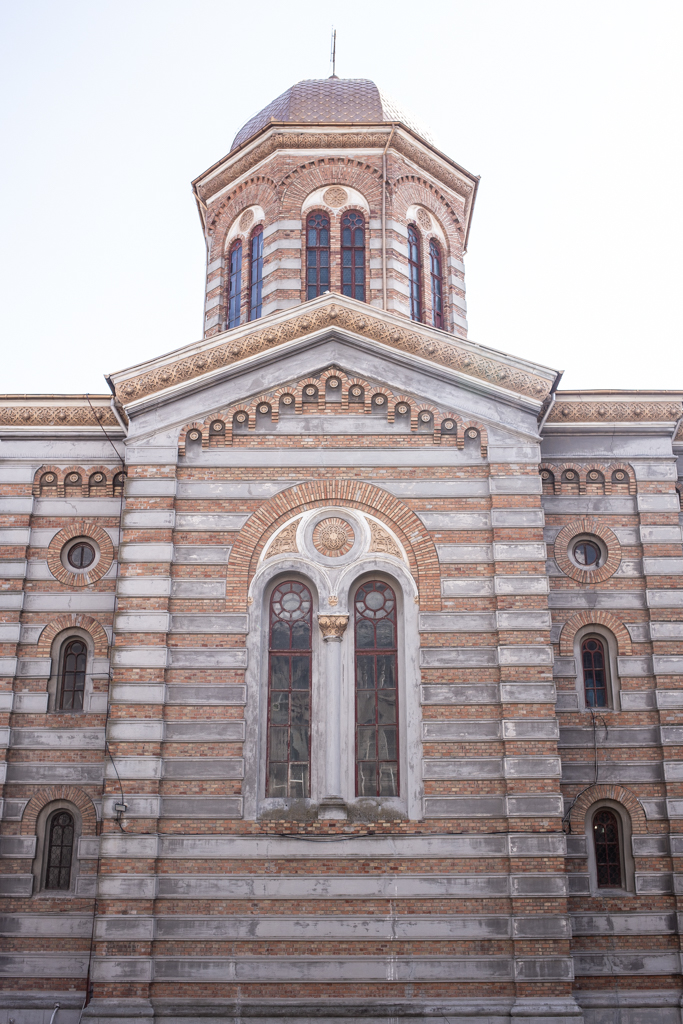 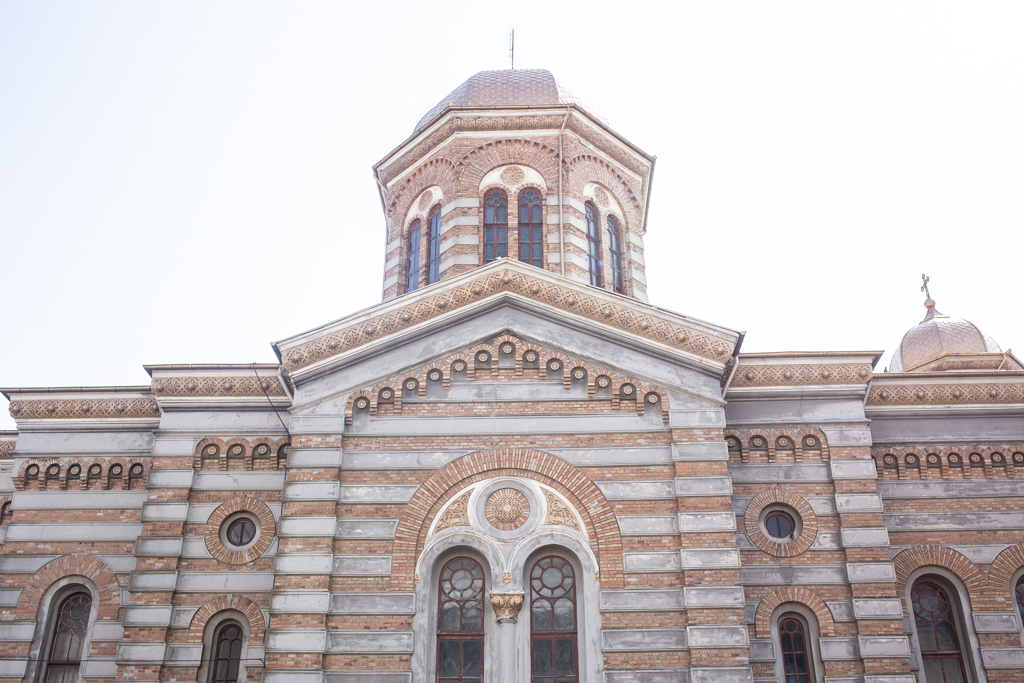 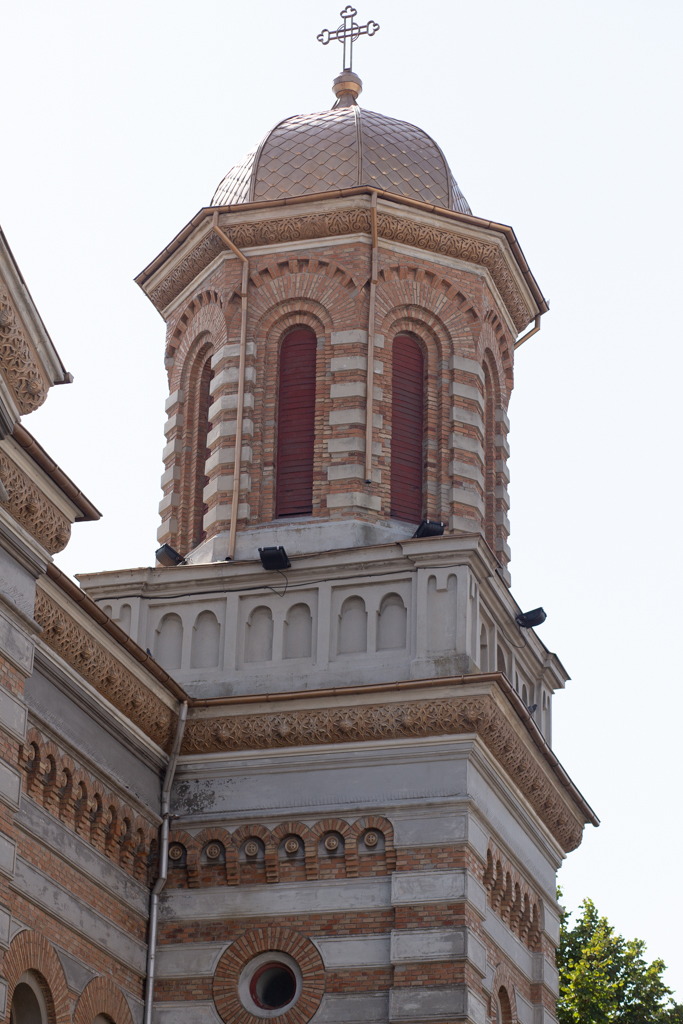 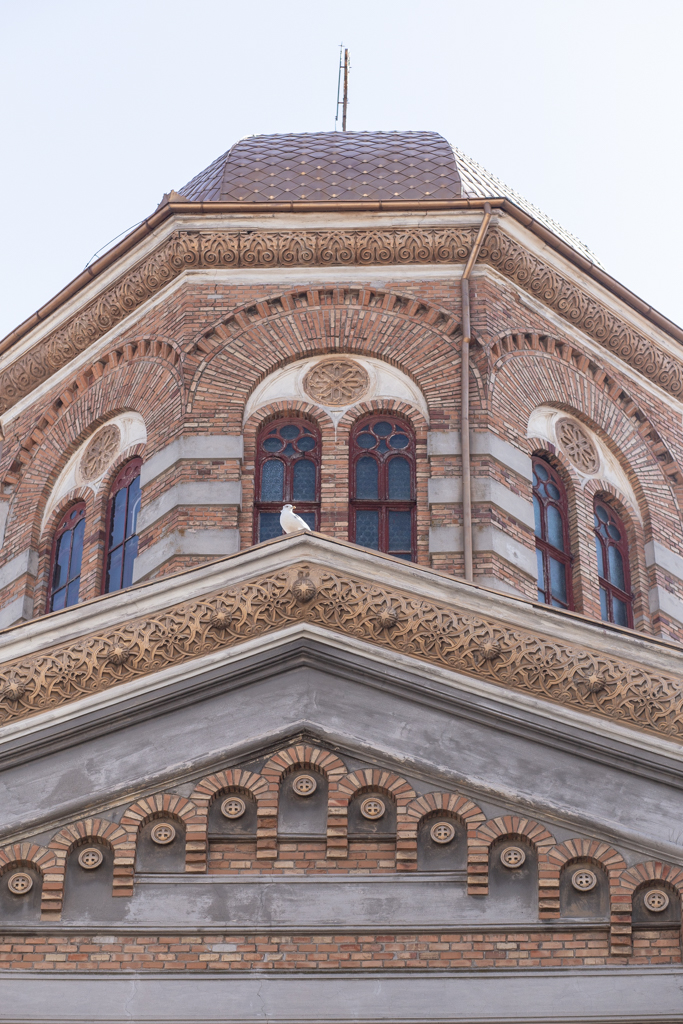 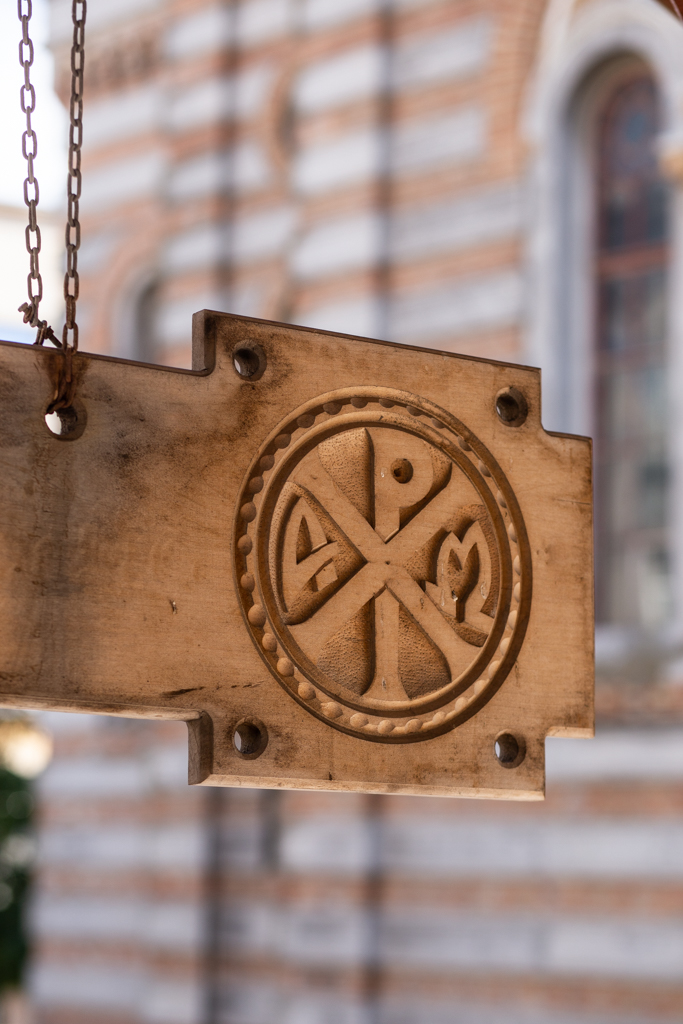 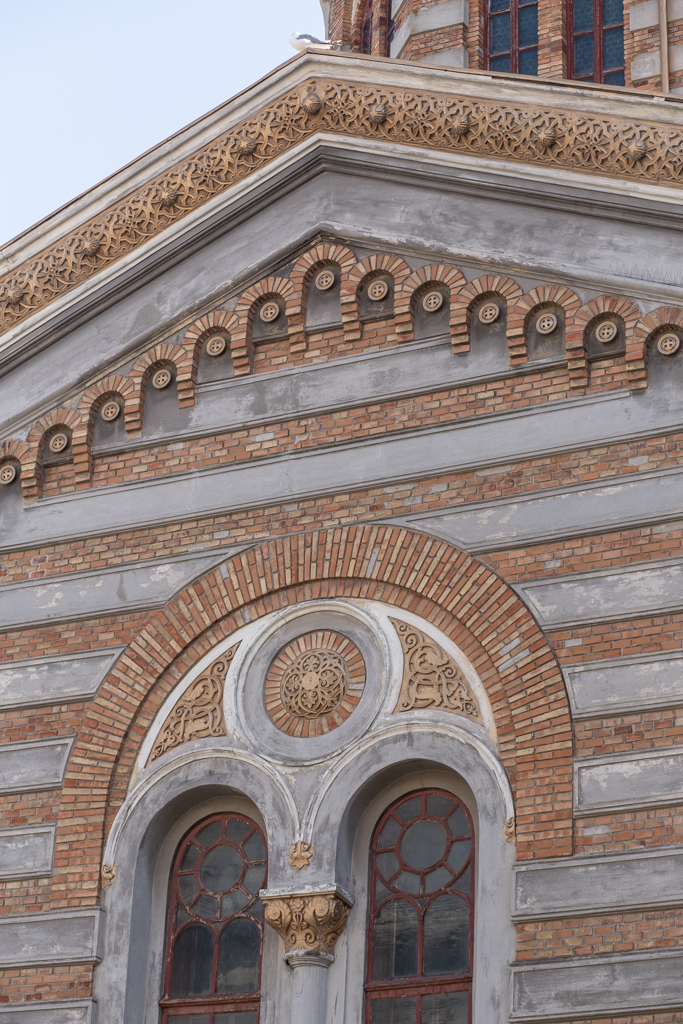 The building was made going by the plants of architects Alexandru Orăscu and Carol Benesch, in the neobyzantine style, out of pressed brick and it impresses through the monumentality of the facade and through the 35 meter high tower. The architectonic ensemble, with a trefoil shape, highlights the three towers, harmoniously integrated into the body of the building. The porch is sustained by marble columns with crowns decorated with plant elements. Inside, on each side, a series of tiered niches and side balconies open the path towards the central dome and the Holy Altar.

The iconostasis, as well as the pews (made of sculpted oak tree), the chandeliers and the candlesticks were executed with the plans of Ion Mincu in Paris, in the workshops of the Andre Dorea house. Some of the pieces of furniture, dressed in gold leaf and pearlescent stones with enamelled images and sculptures with national motifs, got damaged during the World War Two evacuation. The first painting was made in oil by the painter George Demetrescu Mirea between the years 1885-1888, in a realist style, highly challenged under religious pretenses and considered improper at the time. The painting was remade between 1959-1961, in fresco, by Gheorghe Popescu, from the Bucharest Institute of Plastic Arts, and Niculina Dona-Delavrancea, în a neobyzantine style, with a romanian coloration. Besides the elements of traditional church iconography, the new painting includes scenes and figures recorded by christian tradition, historic moments linked to the christian life of Dobogrea and also christian martyrs and the old centers of Scythia Minor.

The cathedral was the first romanian church in the city after the Independence war of 1877. In 1882, the mayor of Constanța, Alexandru Alexandridi, addressed the Bishop of the Lower Danube from Galați and the prefect of Constanța in order for them to intervene together with the government authorities for the purpose of starting the work on the building, allocating the sum of 300 000 lei for it. The foundation stone was placed down on the fourth of September 1883, during the time of the archbishop Iosif Gheorghian of the Lower Danube, who will later on be elected as First Metropolitan of the Romanian Orthodox Church.

In 1885 the building will be received, but only provisionally, because of the painting not exactly in line with the church canons. Titu Maiorescu, from the Public Instruction Ministry, would have wanted to offer the paint job to Nicolae Grigorescu and Theodor Aman, but the one chosen was George Demetrescu Mirea. Subsequently, he was reprimanded because some of the feminine figures painted on the church walls were too similar to people from his own entourage. Take Ionescu, who owned the Cult portfolio and who created a commission of inquiry, intervened in the dispute, and the painting had to be remade. As a result, the blessing took place on the late date of 22nd of May 1895.

Initially it was only a parish church, and from 1925 until 1950 it operated as the cathedral of the old Archdiocese of Tomis. The soviet bombardments on the 3rd of August 1941 severely damaged the altar, the iconostasis and the painting, all of which were partially destroyed. Between 1946 and 1950 reconstruction works were done, and the cathedral was blessed once again in 1951 by PF Iustinian Marina, the Patriarch of the Romanian Orthodox Church, and by PS Chesarie Păunescu, bishop of the Lower Danube. 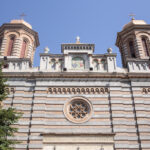 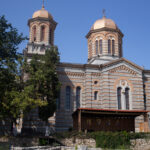 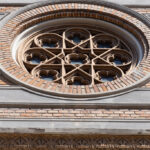 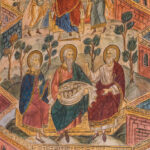 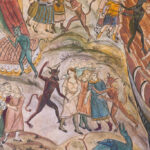 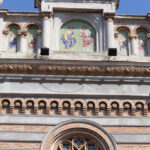 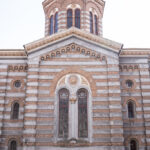 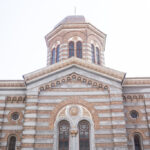 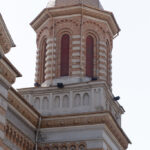 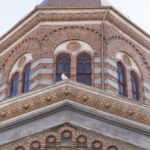 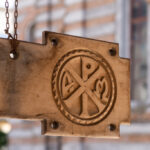 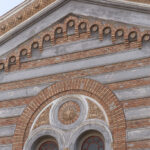