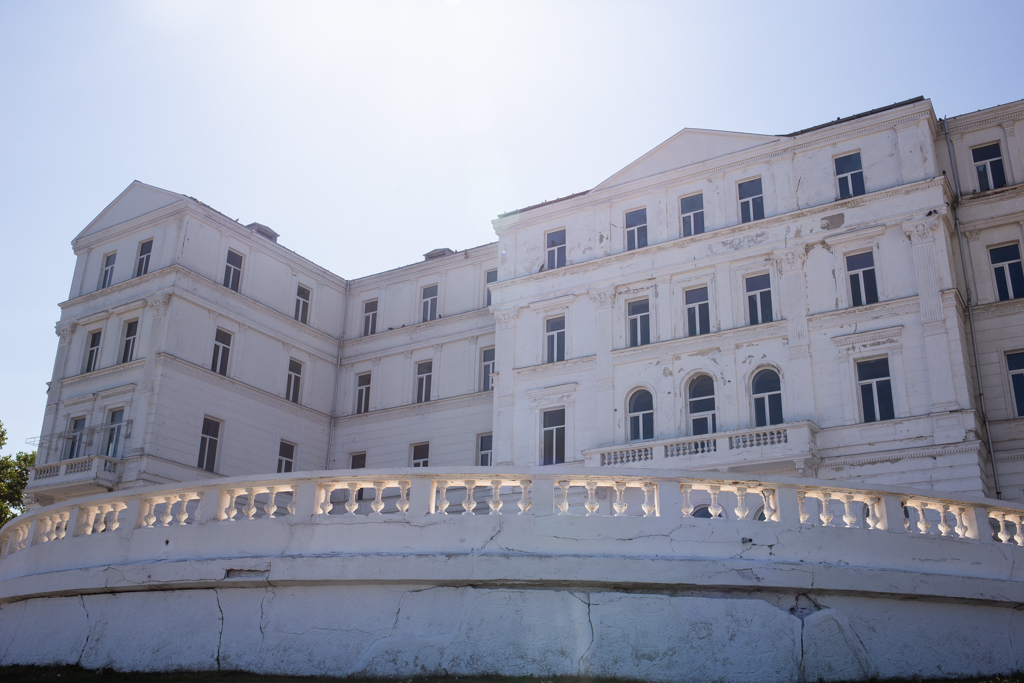 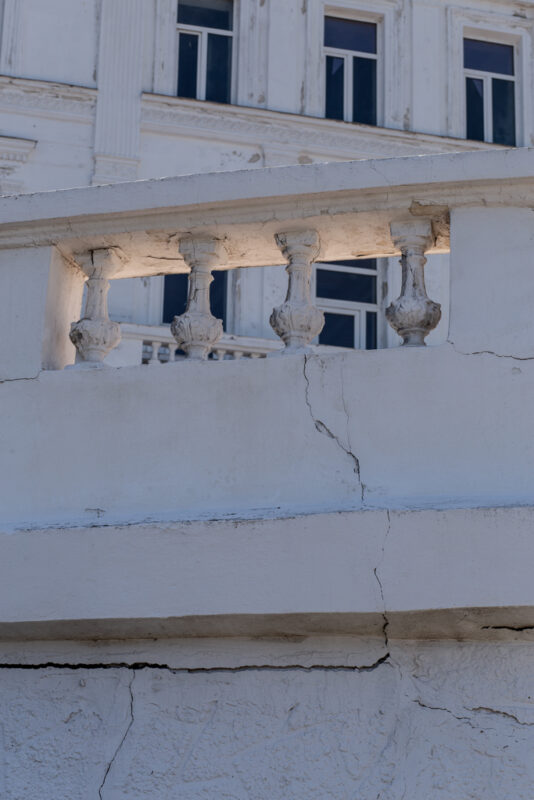 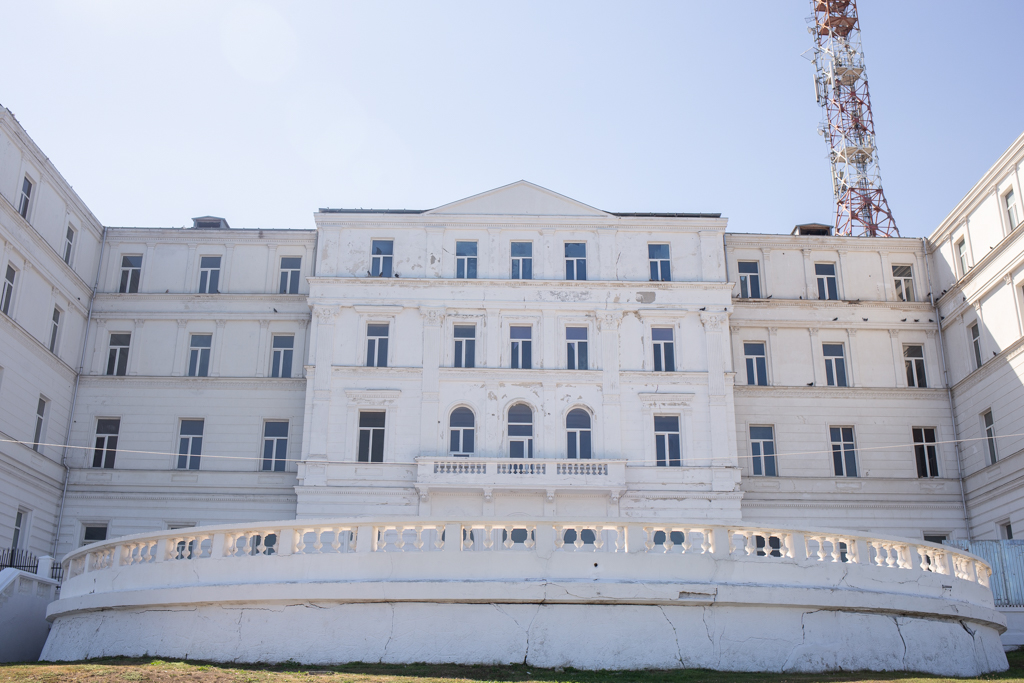 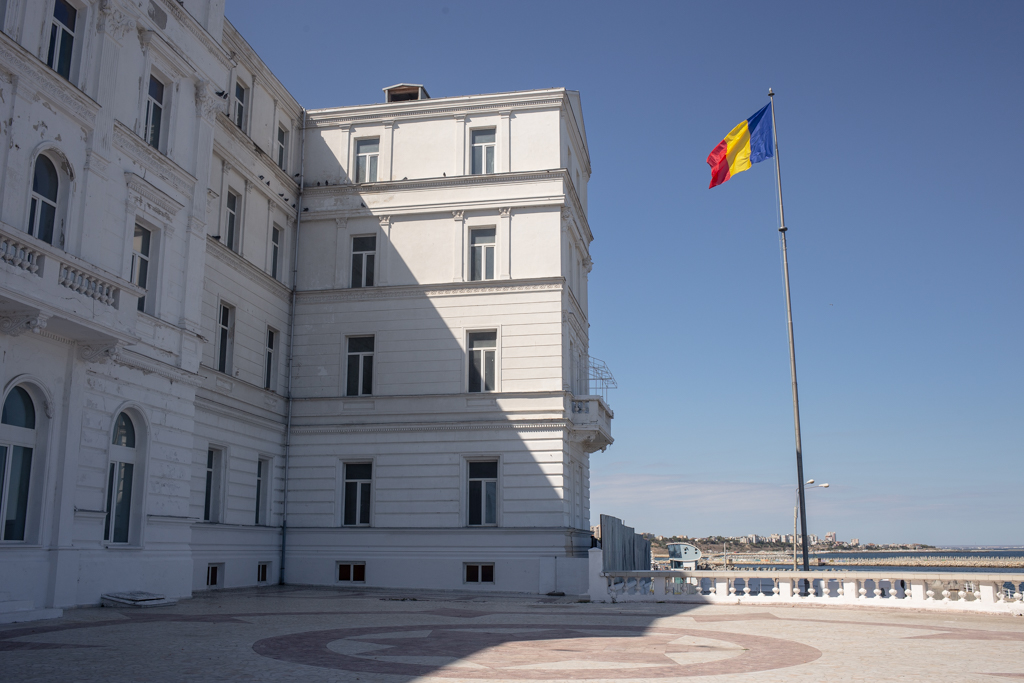 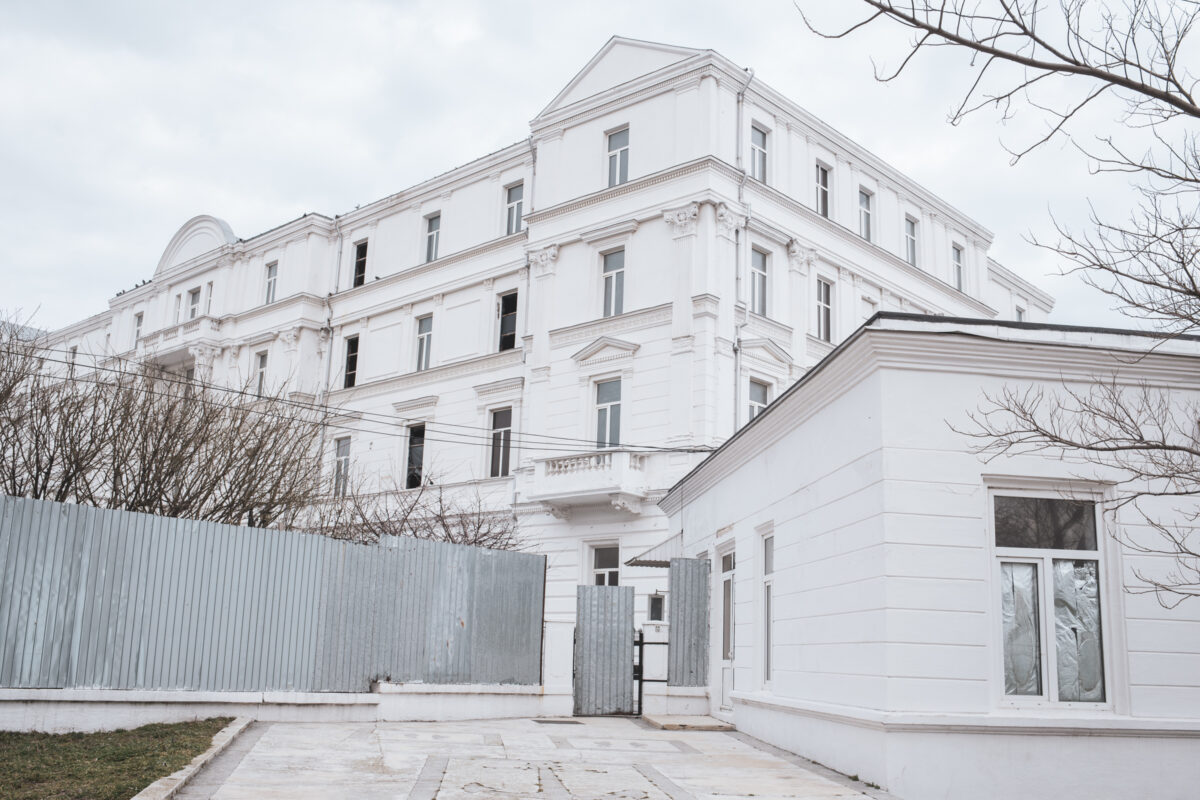 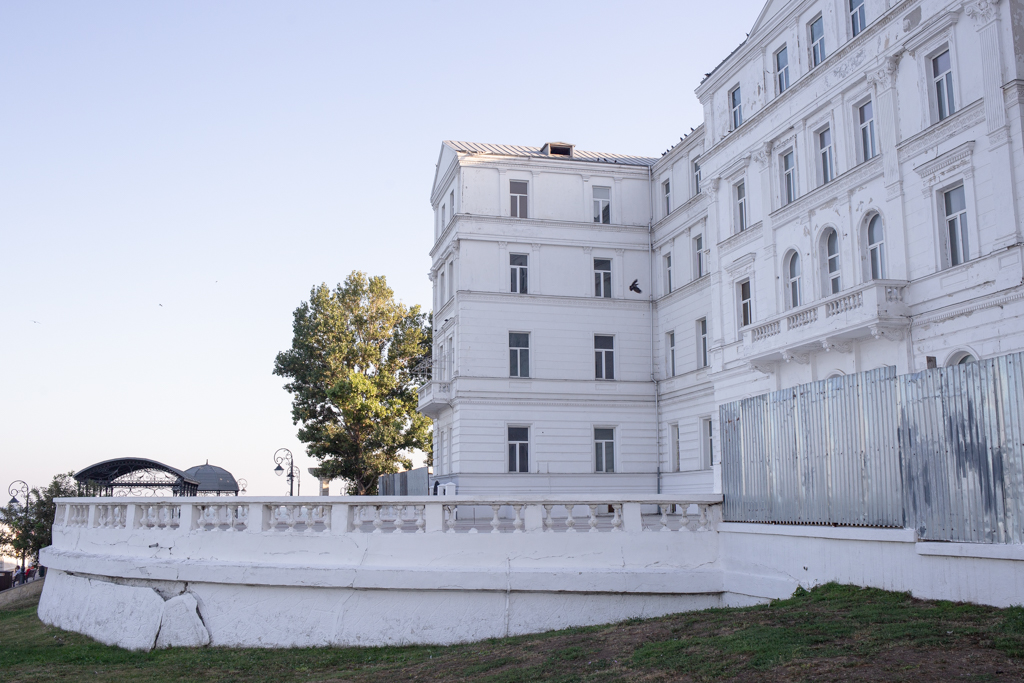 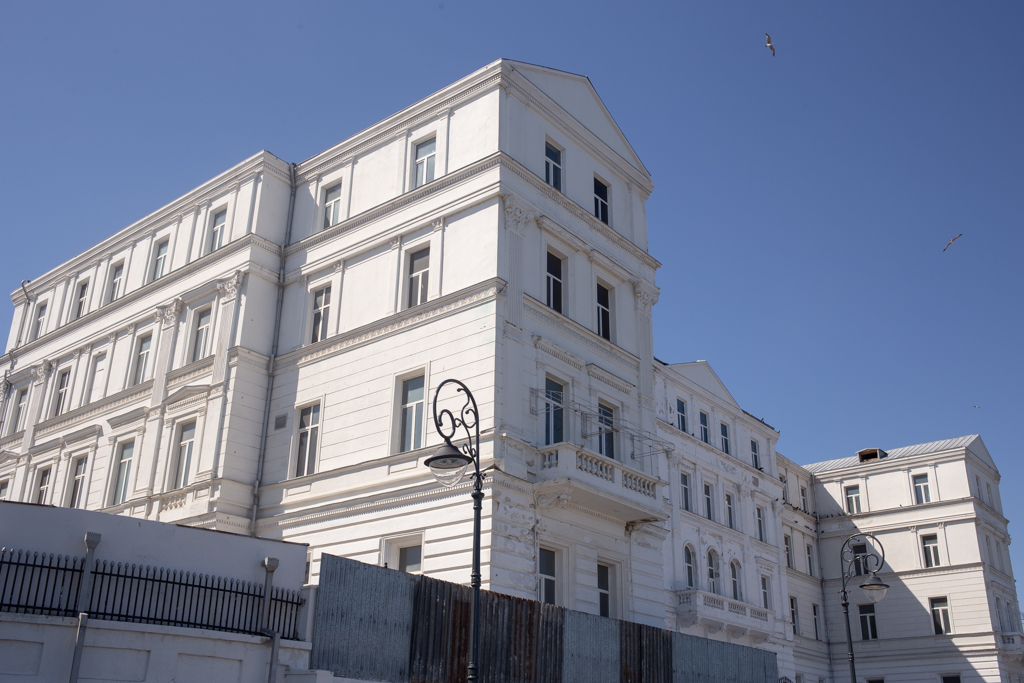 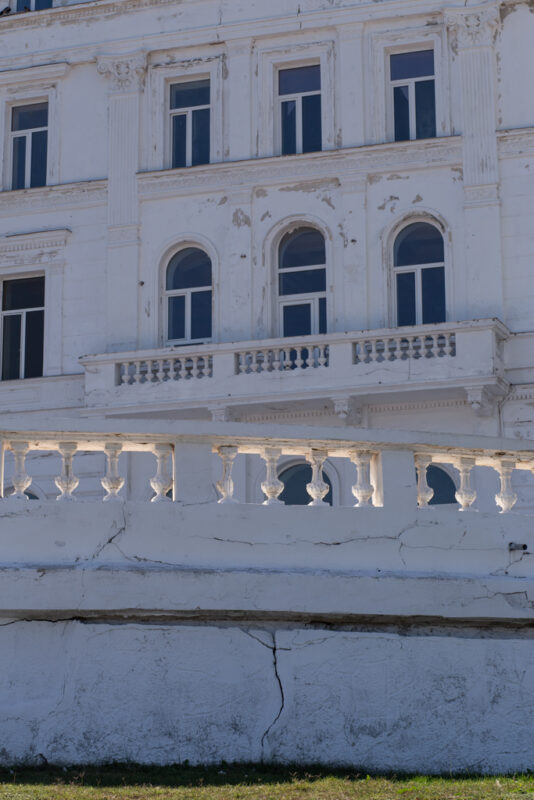 On the 1st of June 1882 the seafront building, one of the most modern of the time, opened its gates. Architect Alexandru Orăscu thought out the first sea building in the history of modern Romania. The building had three levels and an attic, was oriented with the main entrance facing the Sunset, with its back to the sea, and the facade represented an elegant copy of the București University.

Of a sober neoclassicism, without the agglomeration specific to the time’s fashion, which was dominant almost everywhere. 90 rooms, each one with a bathroom and electric light (since 1905), something unheard of in the Balkans and Romania, they were facing the sea, and the street that was going towards the beach and the Genovese Lighthouse and the house of prince Sturdza.

The Englishmen who were managing the business thought of introducing, in order to promote the tourism idea, a complete guest house system (all inclusive), which cost 20 lei a day. It was expensive for the average income in Romania, obviously, but it was worth it: the room’s comfort, the restaurant that exceeded expectations through offers and service, the stylish garden, in the English fashion, where you could rest during the evening or under the shade, a large pavilion, facing the sea, where in the evening, you could sing and dance until sunlight under the light of the gas lanterns.

For more than three decades the Carol Hotel dominated Romanian tourism with no competition and the gamble taken by Constanța paid off. The royal family, heads of government, ministers, parliament members, diplomats, businessmen, aristocrats, intellectuals, pampered rich people, modern people of București and Europe, even tzar Nicolae II of Russia and his family, all entered the rooms or the fairytale garden of the Constanța hotel.

In 1924 the hotel was turned into a building used exclusively by officers of the Romanian Navy: military circle, socialization accommodation areas. The Second World War wasn’t that harsh for the stylish immobile, now with an additional upper floor, added between 1924 and 1927, since the Romanian officers were joined by the company of German allies.

After the 23rd of August 1944, the old Carol hotel lived, just like the rest of Constanța, through the fury of Soviet occupation. Until 1956 the rooms were turned into dorm rooms for the Red Army and in the old reception room on the ground floor, the PCUS directives of Stalin and the military commanders were read, evening after evening, in a sort of ad-hoc ideological school.

The first years of communism canceled out everything that the tourism of Constanța did for more than half a century. The buildings that were used by tourists looking for fun in the past, coming to bathe in the sea, became state property and were turned into headquarters for state companies or office spaces of the Communist Party. 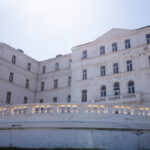 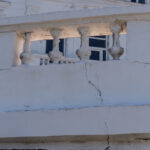 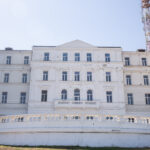 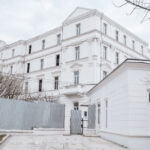 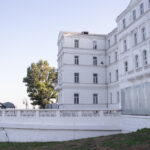 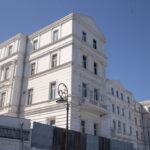 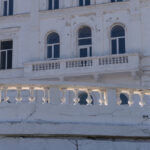