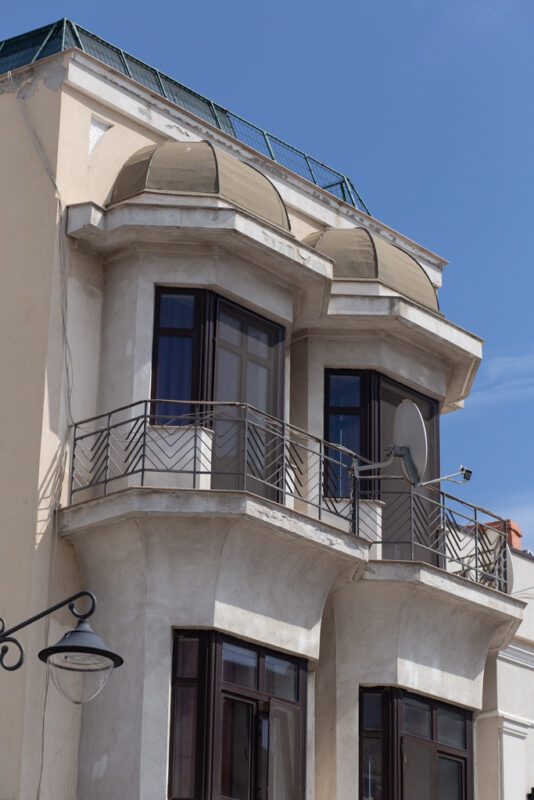 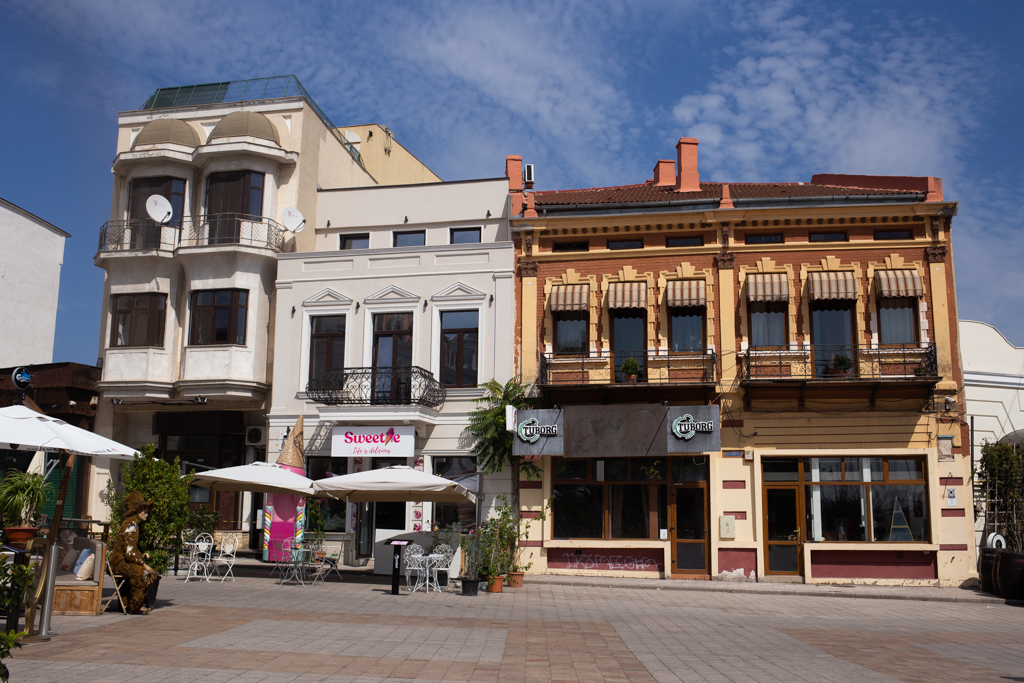 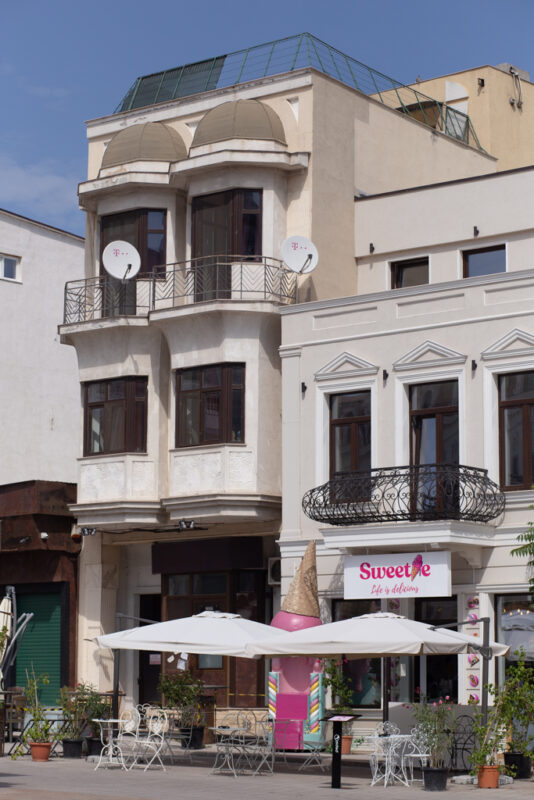 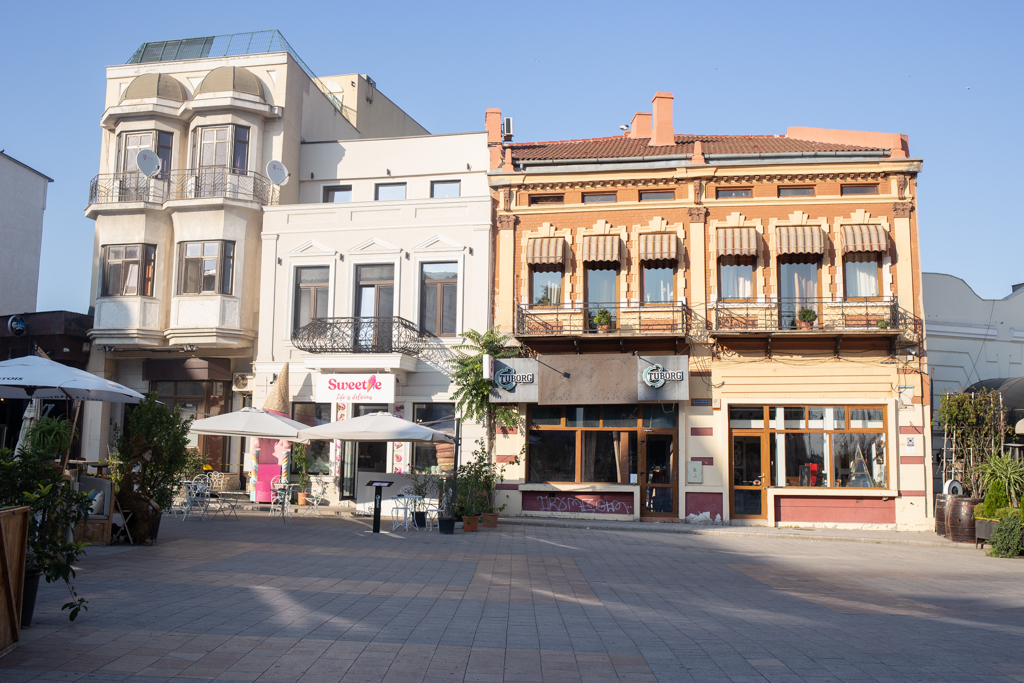 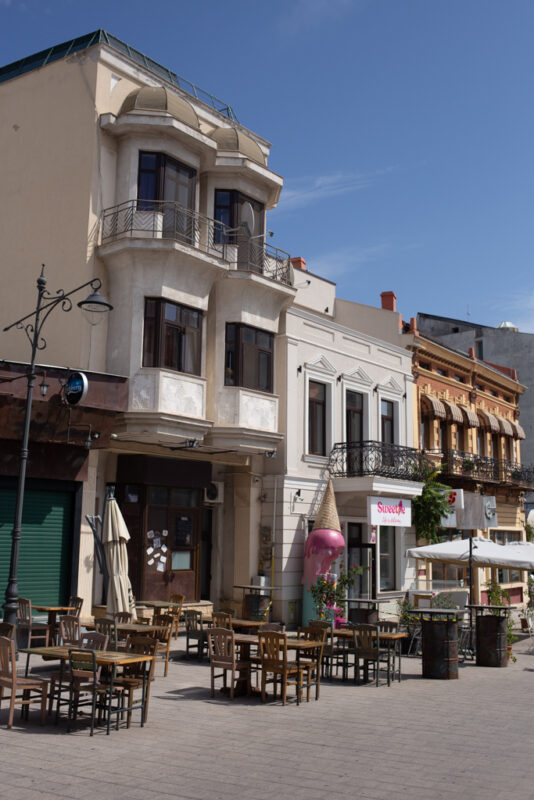 Built in the year 1911 with the sketches of architect C. Michaescu, commissioned by the lawyer C. Serienescu, the building stands out through an Art Deco element that can’t be found anywhere else in Constanța: the bay window, the element that constitutes the basis for the name of this beautiful building. The new style of the 20’s, Art Deco is fascinating even a century later. This style values simplicity and orderly shapes, pyramid shaped elements being used in layers.

These decorative elements are well established in the architecture of the San Francisco metropolis (even called the city of bay windows). Introduced in the dictionary and everyday use of the Romanian language through the english term bow-window, roughly meaning arched windows when freely translated, bay windows are niches that extend a room to the outside, small closed balconies or constructions outside the facade of a building, with one or more windows.

These Art Deco elements were, over time, characterized with much more creativity by the residents of San Francisco: this type of building, about which the experts say that it ensures better air circulation, more light and an extension of room space, but also a beautification and a decorative element for the house, was called on the coasts of San Francisco Gulf either bay window (gulf window), oriel (pavilion) or swell (the undulatory movement of the sea surface). It is incredible that a type of architecture specific to California can be found, in an elevated, painstakingly made shape on the less sunny coast of the Black Sea.

The owner of this house, C. Serienescu, was part of the intellectual elite of the interwar period of Constanța, being a successful lawyer. 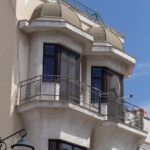 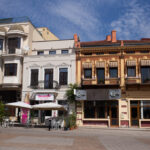 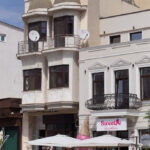 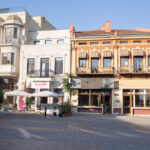 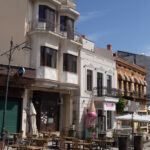